Microsoft recently announced that the interface for Xbox’s Microsoft Store is due to receive a complete overhaul, and a select few “Xbox insiders” will have access to it as early as this week.


The previously rumoured announcement was officially made via a post published by the Xbox blog. “Far more than a typical app update, we’ve rebuilt the [Microsoft Store] experience from the ground up to be faster, safer and easier to use than ever before,” it reads.

The post mentions that the new Microsoft Store is over twice as fast as the previous iteration, and launches in less than two seconds. 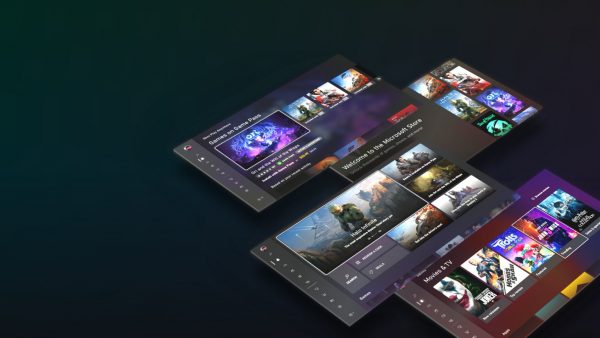 “Our goal is to provide an inclusive and intuitive experience for everyone, and we’re committed to making it easier than ever to find your next favorite game, app, movie, or TV show,” the post reads. “This starts with a fully redesigned navigation system, allowing you to jump between shopping experiences in a snap or deep dive into something specific.”

That last part is particularly interesting when you consider the recent reappearance of previously delisted Xbox 360 games on the Microsoft Store for Xbox One.

Microsoft has also taken safety into consideration, noting that in an effort to ensure kids are not browsing the Microsoft Store without parental supervision, users must be signed into their account before accessing the store. On top of that, all titles above the age rating applied to a given account will be completely inaccessible while signed into said account – even if multiple accounts are signed in simultaneously. These games will be hidden from promotions, search results, and so on for the accounts in question.

“We’ll be rolling this update out gradually, so if you’re an Xbox Insider, you may begin to see the new Microsoft Store on Xbox starting as early as August 5,” the post reads. “The experience will be available for more Insiders over time before it rolls out to all users this fall.”

“The new Microsoft Store on Xbox is just the first of many updates we’re rolling out in the coming weeks, all built to keep the gamer at the center of the entire gaming experience,” it concludes. “Stay tuned for more.”