If you haven’t played the previous Halo games and are worried about how that will affect Halo Infinite, don’t fret: Halo Infinite can be played as a standalone game.


If you have been keeping up with the Forerunner trilogy though – i.e. Halo 4 and Halo 5 – then there will be parts of Halo Infinite designed to reward that knowledge. Same with the original trilogy – if you’re in the know, you’ll be able to spot a whole lot of references to Master Chief’s story so far.

In a recent interview published by IGN, 343 Industries developer Paul Crocker noted that Halo Infinite’s new enemy faction – the Banished – are from Halo Wars 2, but that it’s “not required reading” for those looking to dive into Infinite.

On top of that, even Master Chief doesn’t have a clue what’s going on. The pilot shown during yesterday’s gameplay reveal – who appears to be Halo Infinite’s version of classic Cortana – is equally oblivious to what the story is.

“Chief and the Pilot are in exactly the same position as the player when the game starts,” Crocker told IGN. “They don’t know what’s happened. They’re learning what’s happening, together.” 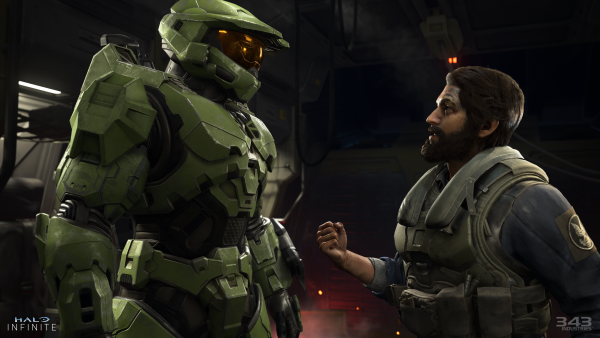 “We don’t want a game where players have to do homework to enjoy this game,” Crocker said. He also said that the aim with the Banished was “to have something that’s an evolution of the Covenant so you get some of the familiar [stuff], but something that’s [also] different, and it comes together to feel fresh.”

“You don’t need to go through the whole franchise to learn and understand the fiction coming in, but if you do have that knowledge we want to reward that,” he added. Apparently, there will be extended universe elements and “nostalgic moments” threaded throughout the game, but it’s completely approachable to a total newcomer to the series, too.