The Halo Infinite pilot is the game’s own unique spin on Cortana, the holographic blue woman Master Chief used to beat up Grunts with.


Cortana was with Chief right from the start, and was designed to keep him relatively in check. After an emotional journey across three games, Cortana sadly passed away in Halo 4 – not a spoiler, it came out literally eight years ago – before returning as a baddie in Halo 5. Somehow she was not as dead as she seemed, and had decided, “actually John Halo, fuck you.”

So Cortana’s no longer best buds with the Chief. Got it. But who’s this new character in the Infinite trailers? This very plain-looking man who is absolutely ordinary and milquetoast in every sense of the word. It’s Cortana’s replacement, obviously! The Halo Infinite pilot.

But seriously, this isn’t just speculation – this is news coming from a YouTube video published by Alanah Pearce, which you can check out below.

If you skip to 3:10 (although you should probably just watch the whole thing, to be fair), you’ll hear Pearce explain that Halo Infinite needed a Cortana replacement.

“He’s supposed to be a very important character,” says Pearce. “I think he’s going to be like your Cortana. He’s the human to balance out the Chief. They said he’s like the most normal guy they could have made.” 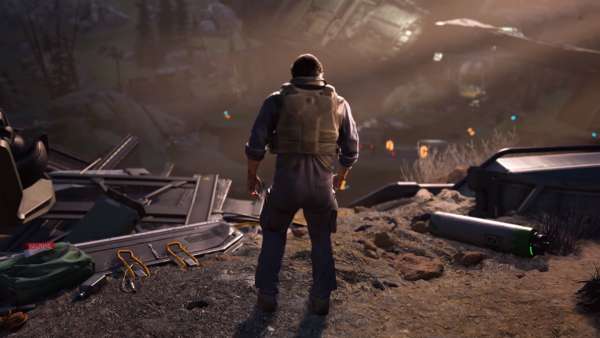 So yeah, Cortana and Chief had a bit of a falling out and now this lad is stepping in to give Chief a hand. Finds him asleep and tells him to wake up, that sort of thing. I reckon the Halo Infinite pilot seems alright, actually.

In related news, Halo has grappling hooks now. You can see them in action in the official Halo Infinite trailer, which is much better than the gameplay shown during yesterday’s Xbox event. It’s since been revealed that the demo footage was from an early build of the game.