Obviously fans can’t go to sporting events in person this year due to the pandemic, but FOX Sports has announced that thousands of virtual fans will be in attendance at this weekend’s MLB games.


A range of sports leagues all over the world have organized virtual settings so that fans watching from home will feel as if the atmosphere at each match appears to be normal. The latest major league to implement a measure like this is the MLB, which, if watched via FOX Sports, will appear to have thousands of virtual fans in the stands.

No fans? Not on FOX Sports.

“Thousands of virtual fans will attend FOX’s MLB games this Saturday,” it continues.

The accompanying video shows off what this means in practice – virtual fans will cheer and boo as they normally would during a match, but they will also wear their team’s colours and even do the wave. If you’re watching from home, it will seem as if it’s an ordinary, sold out match – well, at least it’s supposed to. 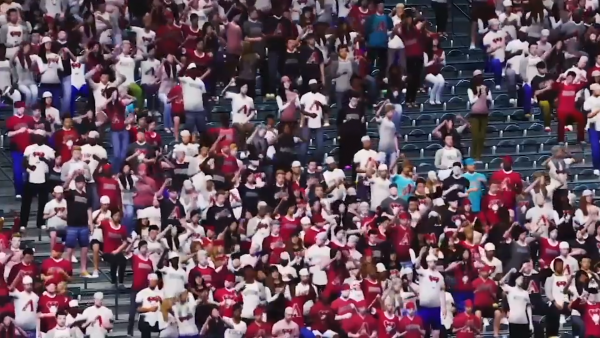 This isn’t the first time a sports league has implemented virtual tech to compensate for empty stadiums. Last month, EA Sports designed fake crowds for the English Premier League, which were supposed to make watching matches from home less weird.

In this instance, however, the fake crowds were purely sonic and had no visual counterparts. As a result, the MLB’s decision to incorporate digitally-designed people into the stands goes one step further.

Meanwhile UFC boss Dana White recently arranged Fight Island, which was basically a real-life Mortal Kombat. It was hosted on Yas Island off the coast of Abu Dhabi, United Arab Emirates on July 12, and was headlined by Kamaru Usman and Jorge Masvidal. The former won on decision.