Iconic MMO Star Wars: The Old Republic is now available to download and play for free on Steam.


You can download Star Wars: The Old Republic free of charge over at the game’s official Steam page. Developed by BioWare, The Old Republic allows you to inhabit the persona of Jedis, Siths, Bounty Hunters, and more, as you attempt to carve out a name for yourself in a galaxy far, far away over 3,000 years before the events of George Lucas’ illustrious film saga.

“Star Wars: The Old Republic is the only massively multiplayer online game with a Free-to-Play option that puts you at the center of your own story-driven Star Wars saga,” reads the game’s official Steam description.

“With 5 narrative expansions, become the hero of your own Star Wars adventure as you choose your path down the Light or Dark side of the Force.”

If you, like me, were too young and uninterested to play The Old Republic when it originally launched, now is your time to shine. Given that it’s free, it’s definitely worth downloading and having a go. You never know, maybe you were always destined to be the distant, bounty-hunting ancestor of Jango Fett.

In related news, you can currently pick up Star Wars Jedi: Fallen Order for $30 on console, which is a steal if you’ve been waiting to try it out since launch. Meanwhile Lego Star Wars: The Skywalker Saga is reportedly launching this October – although that isn’t 100% set in stone just yet. 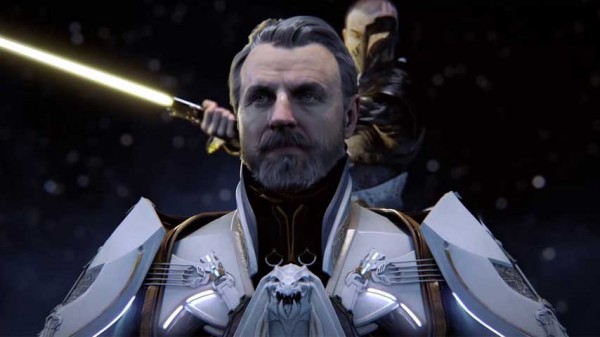 Star Wars: Squadrons is also launching around the same time, having been scheduled for an October 2 release date.

I also think it’s pretty cool that Rian Johnson, director of Star Wars: The Last Jedi and Knives Out, directed the ad for this year’s Pokemon GO Fest. No lightsabers this time around, just loads of cool Squirtles.