2K is gearing up to reveal brand new Mafia: Definitive Edition gameplay later today, and you can watch the whole livestream right here.


15 minutes of preliminary Mafia: Definitive Edition gameplay footage was published on YouTube yesterday, giving fans of the series an idea of what to expect from the highly-anticipated Mafia 1 remake, which features fresh dialogue, cutscenes, graphics, gameplay, and more.

You can check out yesterday’s reveal below to bring yourself up to speed prior to watching the new footage scheduled to air later today.

If you want to completely catch yourself up, make sure to check out the short but sweet Mafia Trilogy trailer that aired a couple of months back, introducing Mafia: Definitive Edition to the world.

We have some details so far, but will likely find out more later today. From what we have seen, we know that Mafia: Definitive Edition is going to revamp one of the original game’s most polarizing mechanics by preventing the police from penalizing you for every little thing. Also, be sure to check out the Mafia: Definitive Edition story trailer to jog your memory on what the game primarily focuses on.

On top of the Mafia 1 remake, Mafia 2 and Mafia 3 will be upgraded to Definitive Editions, too. There will also be a Mafia: Trilogy collection available to purchase for new players who are interested in trying out the series for the first time.

If you already have a copy of Mafia 2 or Mafia 3 on Steam, they will be automatically upgraded to the Definitive Editions free of charge. If you have them on PS4 or Xbox One, only Mafia 3 will be upgraded. 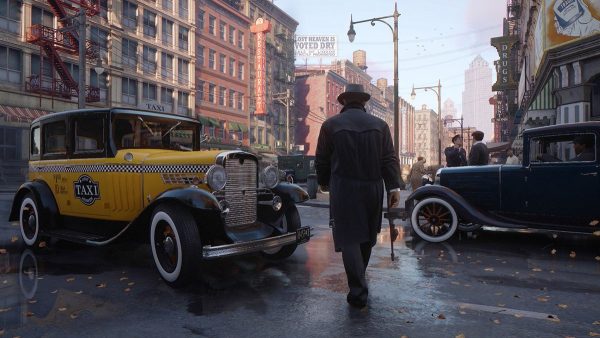 Mafia: Definitive Edition was originally scheduled for an August 28 release date, but has been delayed due to the pandemic. The Mafia 1 remake is now set to launch on September 25, 2020, less than a month after its intended release date. It’s coming to PC, PS4, and Xbox One.