A reliable Halo insider recently posted details of what fans can expect from Halo Infinite.


Microsoft’s major first-party games reveal for the Xbox Series X is scheduled for Thursday, July 23. That means fans only have to wait two more days for official Halo Infinite gameplay, which has been confirmed for the show – however, apparently we’re only going to get a look at the Halo Infinite campaign.

Anyway, a well-known Halo insider who goes by the handle Klobrille recently addressed a purportedly accurate Halo Infinite leak. According to Klobrille, it was totally fake.

“The leak is still fake,” Klobrille wrote in a ResetEra thread. “Grappling hook is in as to my limited knowledge, but it’s more like an equipment pick-up similar to Halo 3. No idea how that is included in campaign.”

If it’s not included in the campaign, we probably won’t see it this Thursday. However, the idea of equipment making a comeback is promising – at the moment, Infinite basically sounds like it riffs of of Halo 3, but with power-ups and a faster pace.

“Halo Infinite Arena is all about going back to classic map control gameplay (power weapons and power-ups),” Klobrille wrote in another comment. “There are a lot of cool map power-ups to complement the sandbox.”

“Grapple hook, thrust or classics like overshield. All this is very dynamic and might vary heavily based on playlist etc., of course. But more on all that at a later date.” 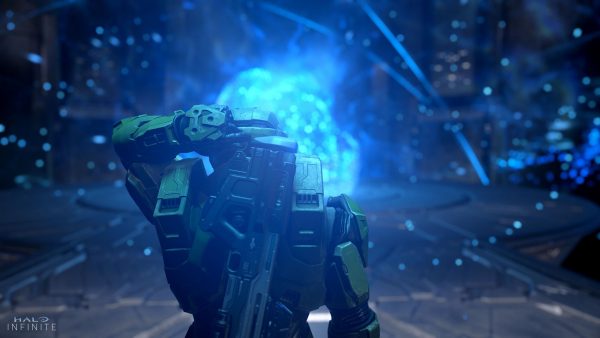 It’s also refreshing to see that, according to Klobrille – who has provided reliable Halo info in the past – 343 is planning on getting experimental with Infinite.

“I do think people will pretty fast realize that nothing is absolute in HI,” Klobrille said. “The game will likely have the biggest player base a Halo game ever had, there is a lot of room for experiments and many playlist options.”

“They are building systems to dynamically change/balance stuff and allow a diverse set of different multiplayer and Arena experiences, even more so when looking at the ridiculous options Forge will bring.”

Personally, I can’t wait to see how a Halo 3-with-more-chaos Forge mode could shape up.

Other fans in the thread have been sharing their wishlists for Infinite. One person mentioned the Halo Reach deleted content video from PAX 2010, drawing attention to the character boarding that never made it into the final game. If you skip to 1:12 in the video embedded below, you’ll see what I’m on about.

Anyway, Klobrille is sufficiently reliable that this info is worth taking seriously. Given that Halo 3 is still the game that Halo Infinite needs to surpass to survive, these details are genuinely promising.