Age of Empires 3: Definitive Edition and Battletoads have been rated in Australia, implying that both games will be officially announced soon.


The news comes from Gematsu, who spotted both titles on Australia’s governmental classification website.

Battletoads is pretty much PG across the board, while Age of Empires 3: Definitive Edition is marked as having “very mild” language. Both games’ ratings were posted yesterday, July 20, and the pair will be published by Microsoft.

This just adds more fuel to the fire that Age of Empires 3: Definitive Edition is likely closer than we anticipated. Just last week, someone over at ResetEra spotted a similar listing on Brazil’s Classificacao Indicativa rating board, implying that Ensemble Studios is gearing up to launch Age of Empires 3: Definitive Edition in the relatively near future.

It’s worth noting that this doesn’t necessarily take the possibility of delays into account – although two international listings within six days of one another seems to be sufficiently corroborative as to at least imply that the release date for Age of Empires 3: Definitive Edition is soon. Maybe we’ll even see it at the Xbox showcase scheduled for later this week, during which we’re definitely going to get a look at Halo Infinite gameplay – but only the campaign. 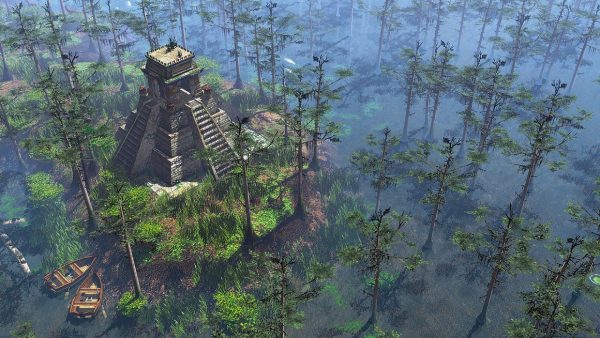 In related news, Microsoft has announced that it has discontinued the Xbox One X and Xbox One-S digital editions in the run up to Xbox Series X. It might seem a bit premature, but it makes sense once you recognize that the Xbox Series X was apparently supposed to launch in August.

If you’re not interested in picking up a next-gen console right off the bat, don’t worry – Xbox Game Studios titles will be cross-gen for at least a few more years. And according to Phil Spencer, Xbox Series X games aren’t being held back due to cross-gen development.