After a successful Early Access launch back in January, Crema Games announced that Temtem would be getting a brand new island this summer. And guess what? It’s summer.


Temtem is a popular indie catch ’em up founded upon the same kind of creature-taming from illustrious series such as Pokemon.

However, its story at launch was only a taste of what’s to come – now, seven months later, players who finished the first few sections are finally getting the opportunity to dive headfirst into brand new narrative content.

“It’s been a long wait, but finally, tomorrow Kisiwa will open its doors to all Tamers,” reads an official Crema blog post. “To celebrate the occasion, we’ve created a new trailer to announce it and showcase some of the features arriving with this patch.”

The blog post mentions that aside from the new island – which comes part and parcel with new Tems, techniques, and more – tomorrow’s update is due to introduce a range of other new features, too.

One such feature is Chat, which was available during the Temtem alpha but removed due to its massive consumption of server resources. Crema has spent months designing Temtem’s Chat function in order to prioritize safety, and has taken measures against harassment by blocking Whispers from unknown users, adding reporting support for unwanted messages, and more. 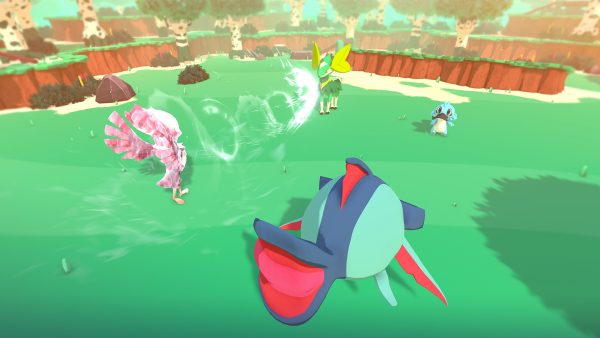 They’ve also introduced Clubs, which are groups of up to 50 players. Right now, the Clubs are more for socializing than anything else, but Crema maintains that Club Dojo wars will be implemented at a later date.

The post concludes with information on the level cap, which is being increased from 48 to 58. It might not sound like a lot, but according to the post, it’s sufficient for starters to finally reach their third evolutions.

If you’ve yet to play, check out our piece on how Temtem is excellent in its own right, but will also hopefully be a boot up the arse for Pokemon. Also, be sure to consult our Temtem beginner’s guide for advice on starters, leveling up, and more.