Switch was once again the best-selling console, according to the NPD June 2020 report, and it should come as no surprise that The Last of Us: Part 2 was the best-selling game for the month.

The NPD has released its analysis for the month of June 2020, noting a year-over-year increase overall.

The Last of Us: Part 2 unseated Call of Duty: Modern Warfare, which dropped to second place.  Naughty Dog’s latest is now the third best-selling game of the year and the eighth best-selling game of the 12-month period ending June. It also saw the highest launch month dollar sales of any 2020 release to date and is now the second-highest in launch month dollar sales for a Sony-published game in history.

Animal Crossing: New Horizons was once again third on the top 20 chart for June 2020. Ring Fit Adventure was back in the top 20 hitting seventh place after landing at 835 in May – a huge jump, that. Persona 4 Golden returned to the best-sellers, coming in at 18 thanks to its release on Steam. 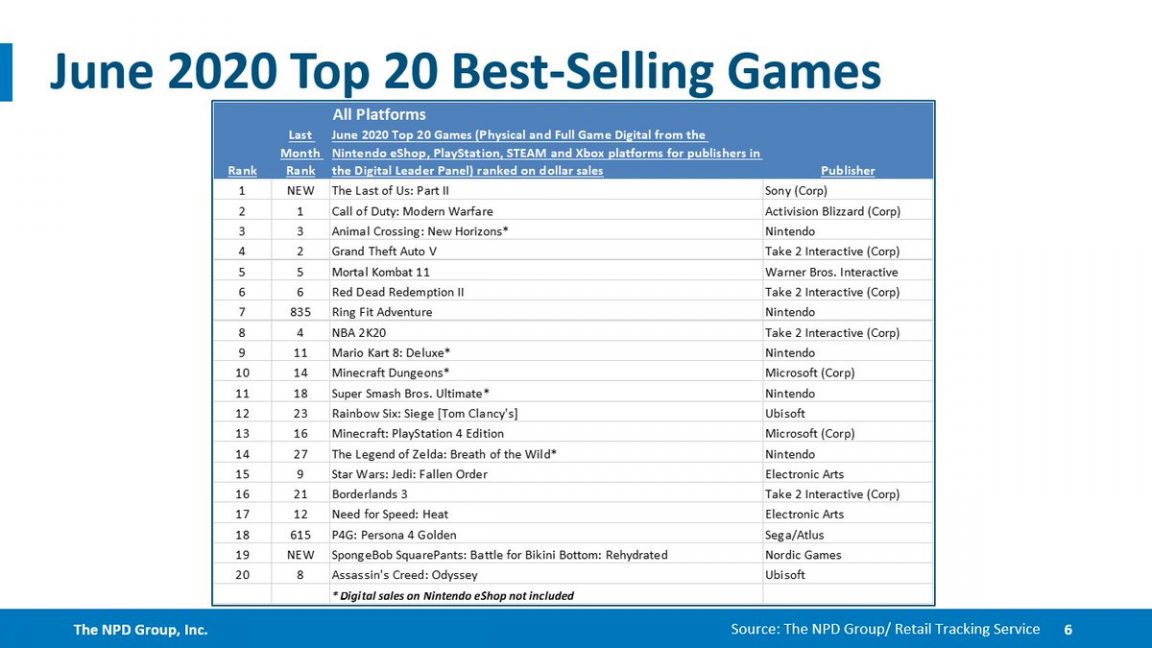 For the month of June, Switch was once again the best-selling console and has maintained the top slot for ages now.

June 2020 tracked spending across hardware, software, accessories, and game cards totaled $1.2 billion, up 26% year-over-year (yoy). According to NPD’s Mat Piscatella, this was the highest tracked June in spending since $1.3 billion was reported in June 2009. 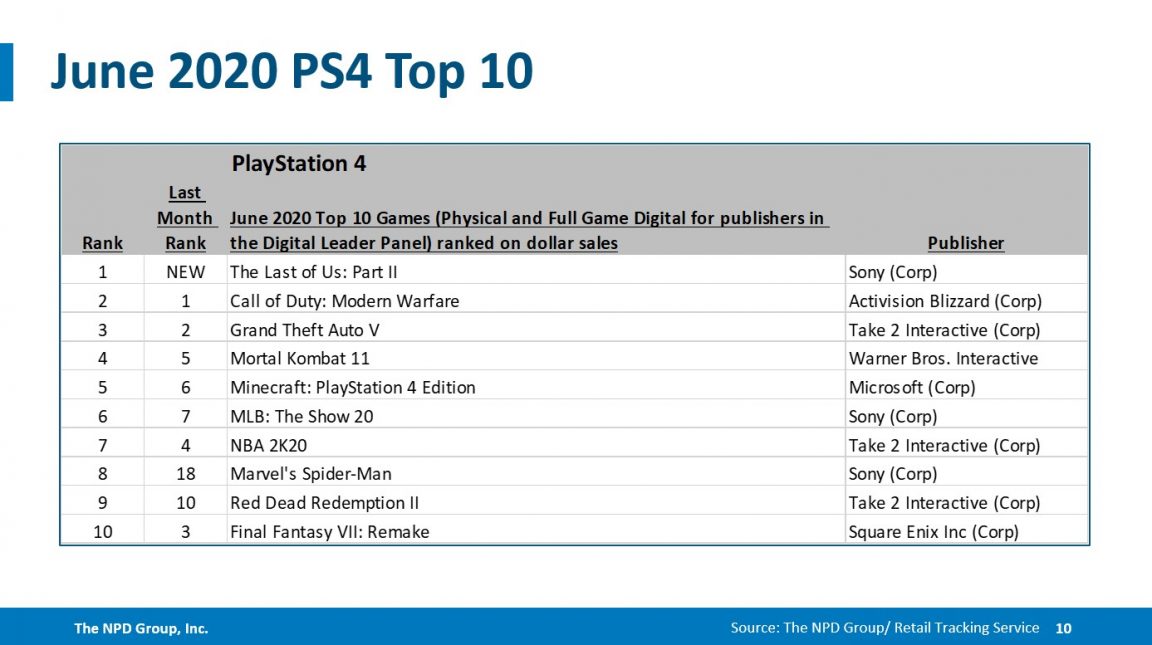 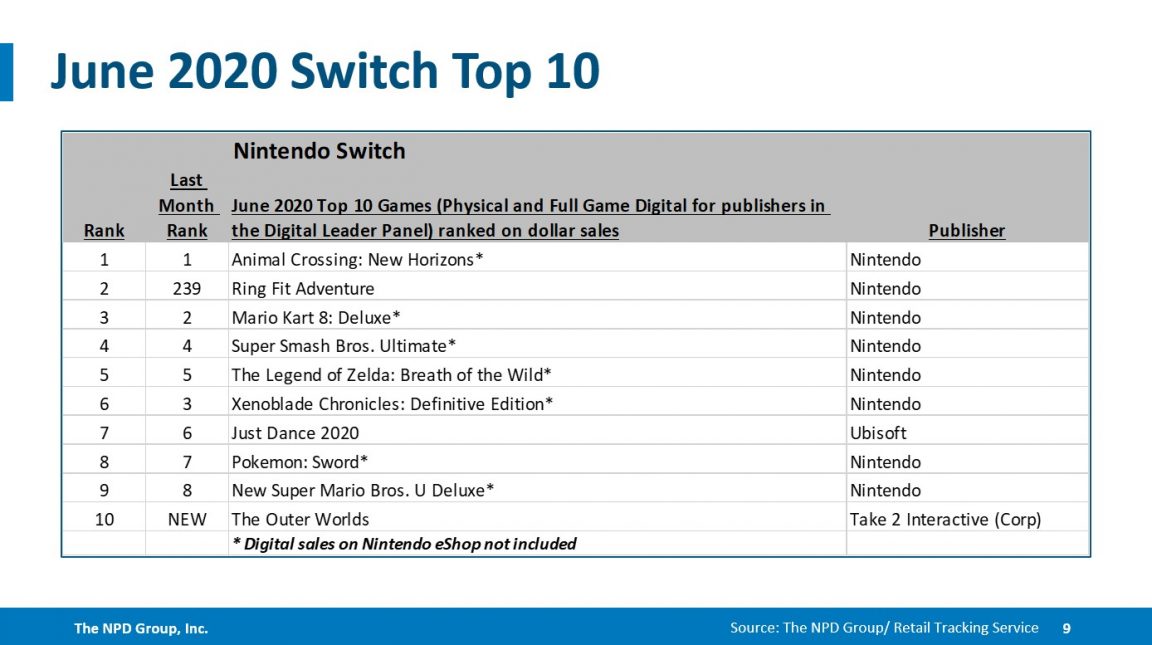 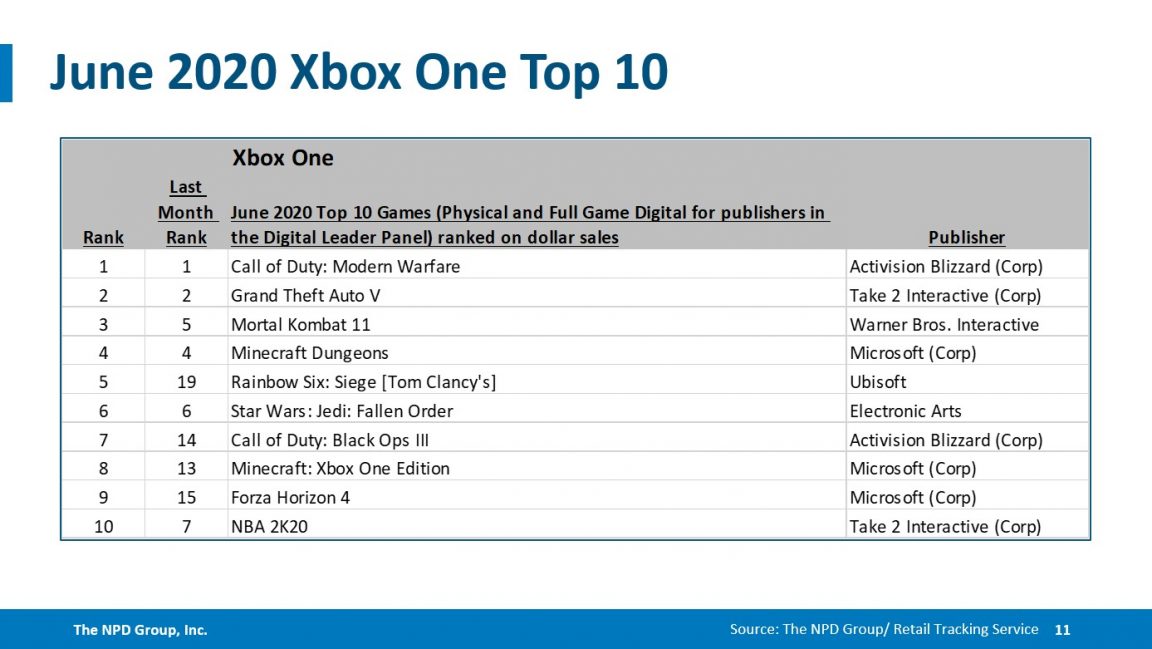