Microsoft Flight Simulator has a physical edition on PC. It’s not published by Microsoft directly, mind you, rather by Aerosoft, who revealed that the game comes on ten dual-layer DVDs.

Aerosoft announced the news on its official forums, confirming it will distribute that version in Europe. The package also comes with a printed manual in a custom box set.

The publisher clarified that discs contain the simulator code, as well as files for the game’s world, including airports and airplanes. The latter is around 90GB in size, hence the need for so many DVDs. That version will obviously continue to receive updates and new content down the line, but it was made so players on slower connections wouldn’t have to download all that come launch. 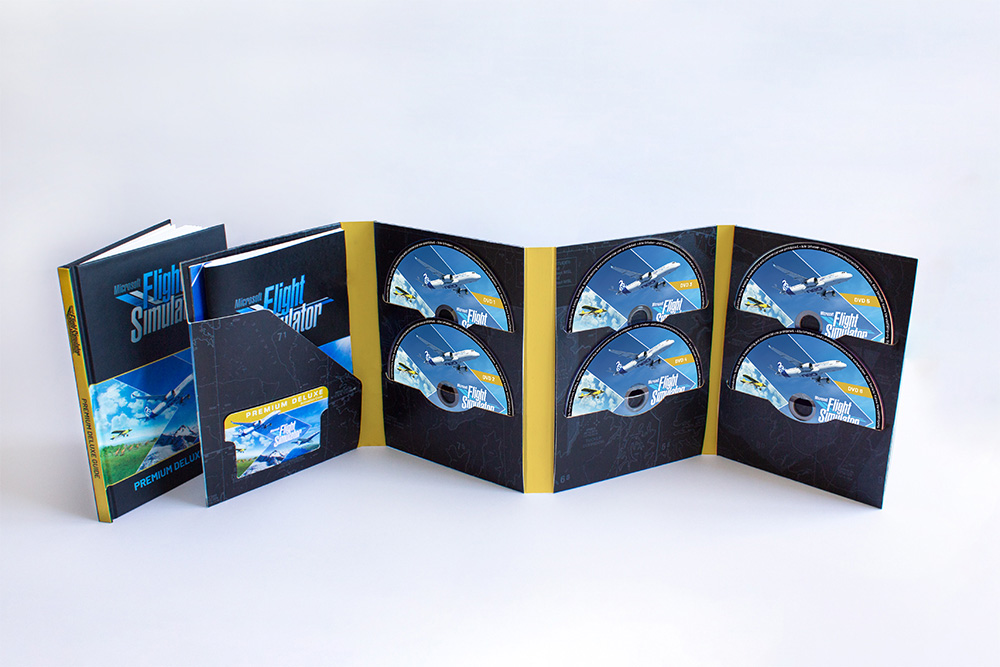 The physical version will begin shipping August 21, just a couple of days after the worldwide digital release of Microsoft Flight Simulator on August 18. As revealed earlier this week, Microsoft Flight Simulator offers three versions that start at $60 all the way up to $120. Aerosoft is offering the standard for €70, and the Premium Deluxe Edition for €130 – both of which come with ten discs.