The Command & Conquer Remastered Collection is a perfect example of a video game remaster done right. Two classic games, upscaled and beautified while maintaining a great deal of respect for the original titles. It also all came in at a reasonable, respectable price.

As noted in VG247’s Command & Conquer Remastered Collection review, the two games included – Tiberian Dawn and Red Alert – both show the creaks, groans and wrinkles of age in their own way. They’re more simple and have a whole lot less nuance – but at the same time feature absolutely classic mechanics that helped to define an entire genre.

The Remastered Collection sent me on a Command & Conquer kick, meandering through the series, playing skirmishes and multiplayer matches in long-dead games thanks to the fan-maintained servers of C&C Online. It caused a realisation: almost the entire series is great.

The main thing fans are already screaming for after the Remastered Collection is for a second round – a Remastered Collection 2 that pulls together C&C Tiberian Sun and Red Alert 2 – the latter of which is widely considered to be one of the best RTS titles of all time. And, to be fair, it is – but everything after that isn’t so bad, either.

Quite famously, in the wake of Red Alert 2 C&C developer Westwood was essentially killed by a variety of circumstances, another studio thrown onto the scrapheap by EA. C&C transferred to other teams, primarily one within EA Los Angeles. And while this was met with anger and distaste by some fans, EA LA produced some all-time classic C&C titles.

In fact, while Westwood’s C&C evolved along one path for those first four games and multiple expansion packs, EA’s C&C split into three distinct directions. Generals took the series in an all-new direction with a slightly more grounded, real-world style setting. The Tiberian series continued by borrowing more ideas from other RTS franchises, adding a greater scale to battles with units made up of entire squads of soldiers. Red Alert’s third entry was the most traditional, more of a direct continuation of ideas from the first four games.

All of these games are bloody great in their own way. Red Alert 3, in particular, is clearly a studio that has come to grips with the franchise that it has inherited having a lot of fun.

The minor celebrity-laden full-motion video story screens have just enough of a high production value to be convincing at a high resolution while remaining just crap-looking enough to evoke the wobbly-set nature of the original games. The actors are having fun with how camp and silly it is – it’s no wonder part of Tim Curry’s performance has become a meme in recent years. 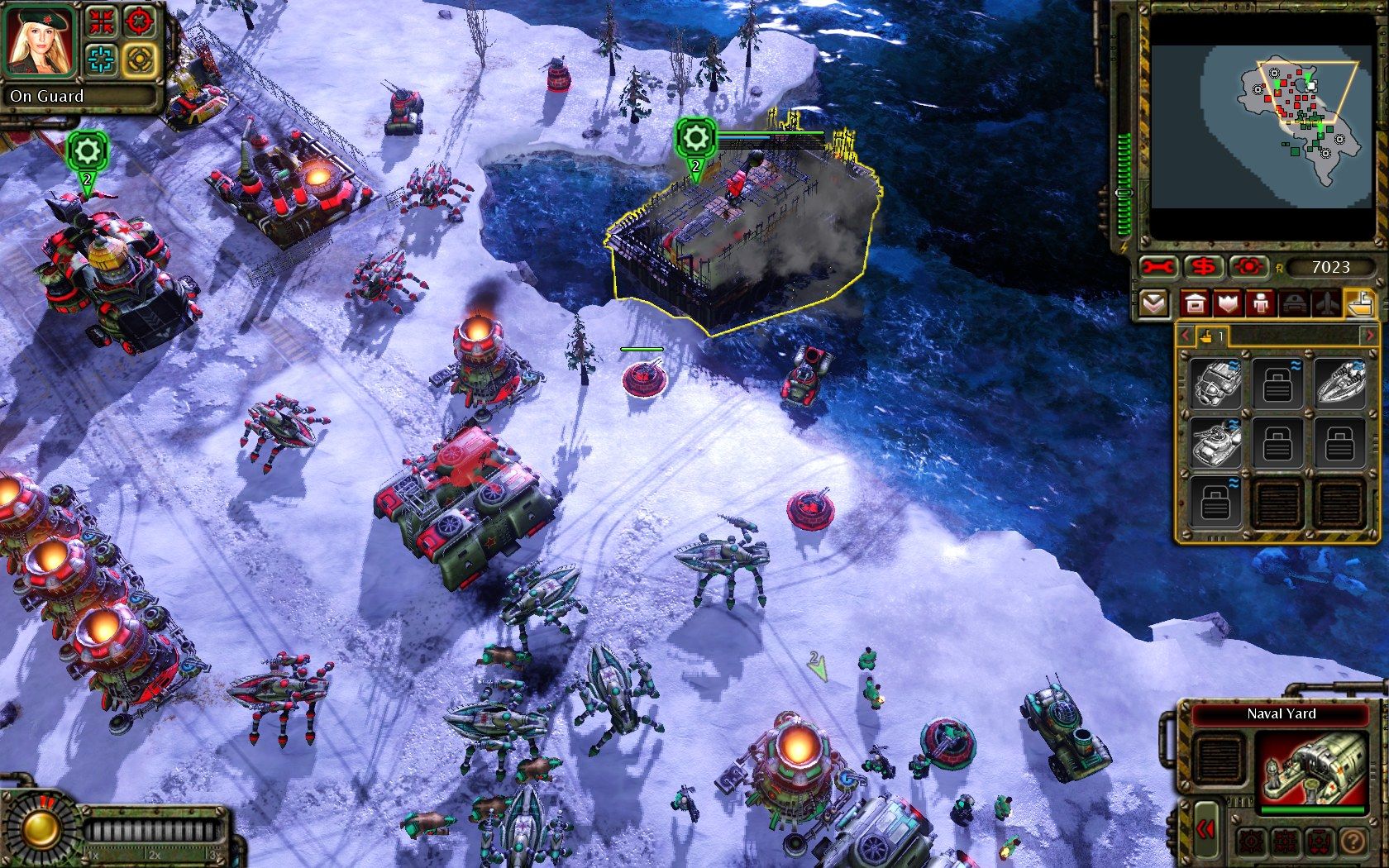 The factions are great, too. The three form a classic sort of rock-paper-scissors relationship: the Allies have air superiority and fairly multi-utility units. The Soviets are superior on the ground, with powerful, specialised units. The new Empire faction is superior at sea, but also has units that can fill multiple roles within your army at the press of a button, making it a micro-heavy, high risk yet rewarding play.

The entire game is micro-heavy, in fact, with a simplified economy designed in many ways to let you focus on toggling unit special abilities and stances right from the start of a match. Red Alert 3 is honestly excellent; it’s up there with its beloved predecessor, in fact. In my journey back through the C&C series, it’s Red Alert 3 that has stuck with me the hardest. More than any other you could still re-release it today as-is and find it a strong experience.

That makes what happened next all the more baffling. It’s a perfect example of the disaster that is so often EA handling these beloved franchises. Having dabbled in esports on previous titles, C&C4 aimed squarely at that market, swapping out C&C staple elements like proper base building in favour of RPG elements and giant roving mechs that almost helped to give the game a MOBA feel. It was a bloody mess.

Like Mass Effect, one bad game was all it took to put Command & Conquer into the freezer. It doesn’t matter that the previous two were successful on both PC and console – C&C4 wasn’t successful enough to get a console version or even any form of expansion, something every other C&C received. A few years later, EA Los Angeles was essentially dissolved. EA LA went from hit to shit in four years, taking Command & Conquer with it.

I’ve always considered it a crime we got a fourth entry in the Tiberian series but not a fourth in the vastly superior alt-universe of Red Alert. Then again, perhaps it’s a blessing Red Alert was never sullied by the demands of EA at the time C&C4 was made. Regardless, it’s likewise always been a bummer we saw a Generals 2 announced but then shunted to free-to-play to chase another trend before ultimately being cancelled – a perfect example of the lurching from one mess to another. 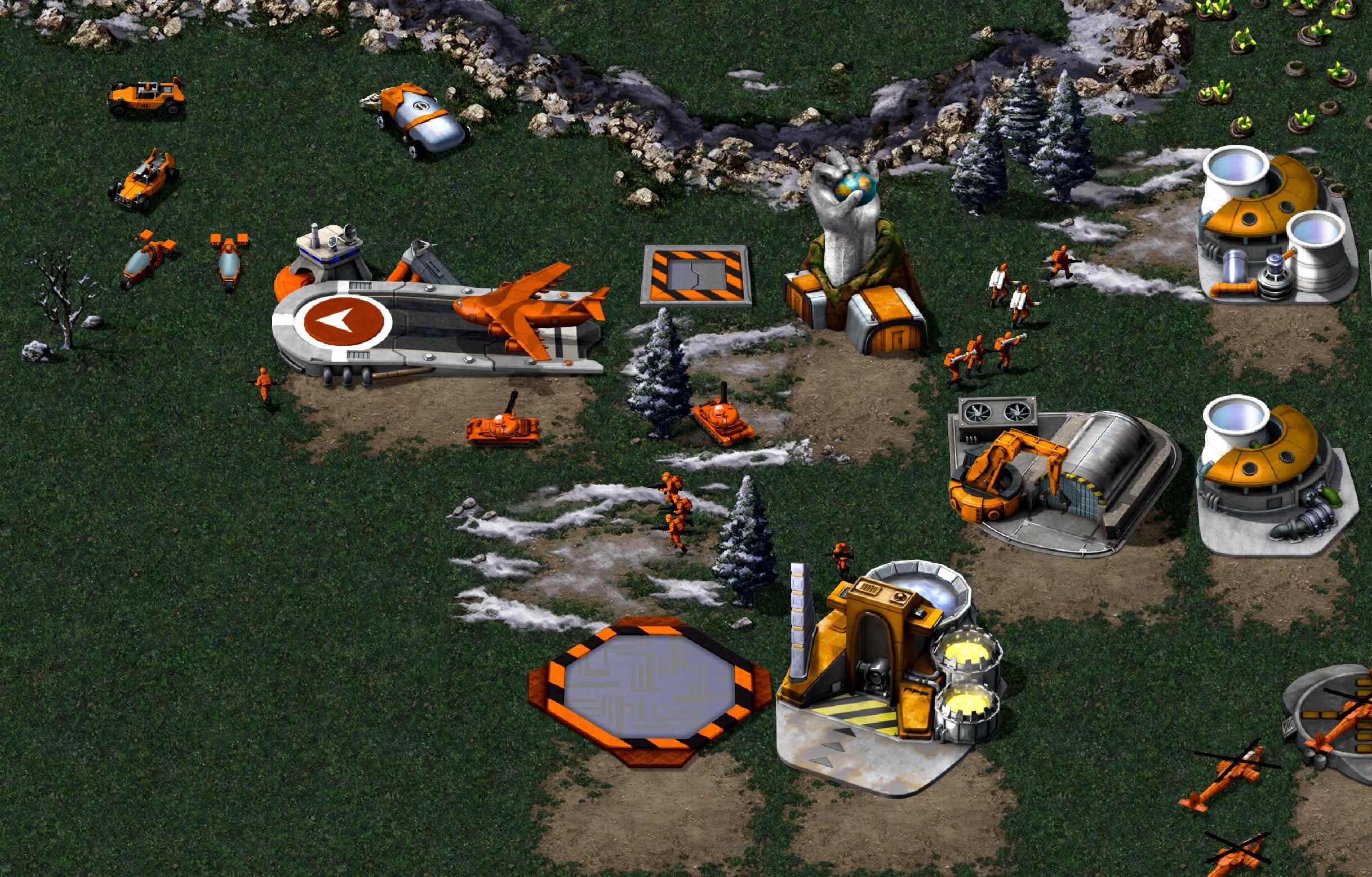 The series found its feet a little with half-decent free-to-play offerings in browser and on mobile, but it’s taken this long for a case to be made for proper games in the series again. Indeed, it took this remaster, in part created by some original Westwood developers, to make the case: people want this sort of game.

Maybe C&C needed some time off. But I suspect that it didn’t really. That Red Alert 3 and Tiberian Wars felt like the start of something new and special that was cut short too soon. EA has seemingly come close to making the same mistake with Mass Effect – but with rumors of a trilogy remaster swirling, it seems at least the case study for the series’ potential to be popular outside Andromeda will arrive more swiftly than it did for Command & Conquer.

Remasters are curious things. Video games companies always want to push towards the hot new thing – to push the envelope and more importantly, obviously, to find new revenue streams. Remasters are often a great example that sometimes you don’t need to reinvent the wheel, however. Give the people what they want – fairly often, they want that comfort. More of the same.

So, yeah. Give me that Tiberian Sun and Red Alert 2 remastered collection. But also – let’s be having that Red Alert 4 at last, picking up right where the third left off. It remains the strongest Command & Conquer series, and in Petroglyph Games the perfect team to make it. You know it makes sense.