With the Cyberpunk 2077 release date getting closer by the day, we thought we’d take a look at the vast amount of gear, novelties, figurines and other merch available for CD Projekt RED’s upcoming sci-fi role-playing game.

Because nothing says “I wanna live in a corpo-controlled world and hand over my hard earned bucks in exchange for needless plastic, baby” better than shopping at an online retailer. Seriously though, who doesn’t want a cute pocket-sized Keanu to talk to when your partner has left you because you collect too many Funko Pops? Not me, and frankly, I’ve got more shelf space for tat now I live alone. So alone.

Let’s take a look at some screamin’ hot merch deals to distract us from the 2020 hellscape. 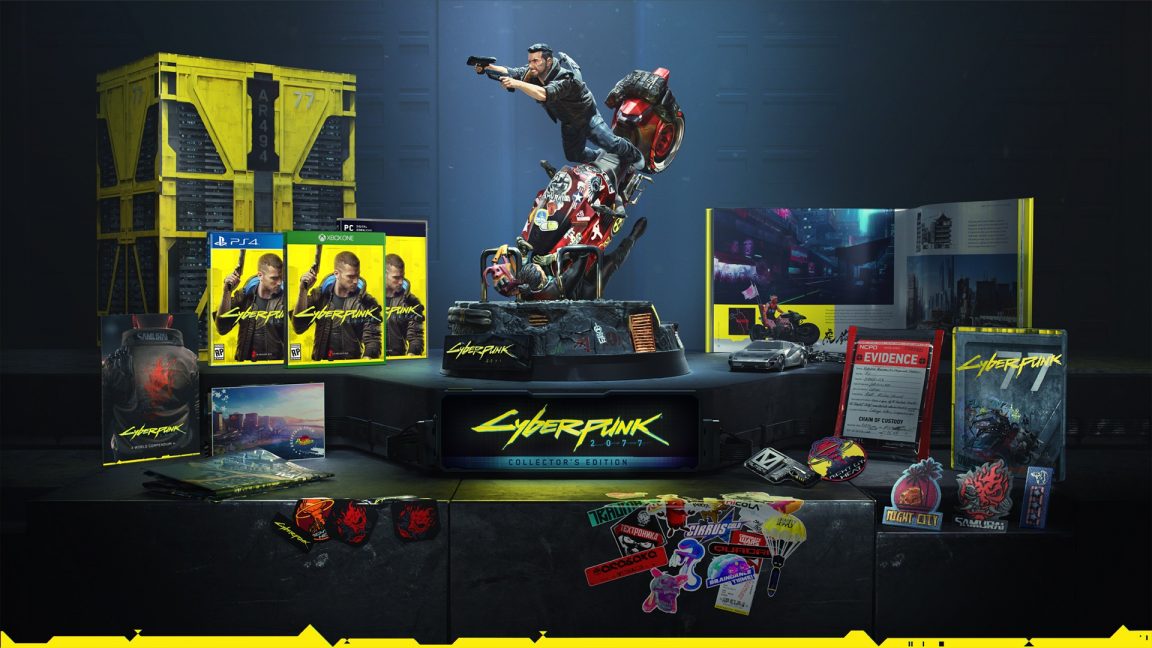 First up, where to buy Cyberpunk 2077? Literally anywhere, but there’s a few variations depending on how much you want to spend, and if you want to go the whole hog and buy a Cyberpunk 2077 Xbox or controller to go with it. Here’s the basics, buster.

In the US, you can get the basic Cyberpunk 2077 game on PS4, PC or Xbox One on Amazon. There’s a Special Edition available too with all sorts of cool shit including an amazing statue of V in action, but that’s currently sold out. You can add it to your list though, and get a notification if it comes back in stock before release.

In the UK, Amazon is selling Cyberpunk 2077 on PS4, Xbox One and PC for £49.99 with three Night City postcards. It also has the Limited Edition 1TB Cyberpunk 2077 Xbox One X for a whopping £440 if you really want to pay through the nose. You can buy that now and you’ll get your game code when it’s released on November 19. 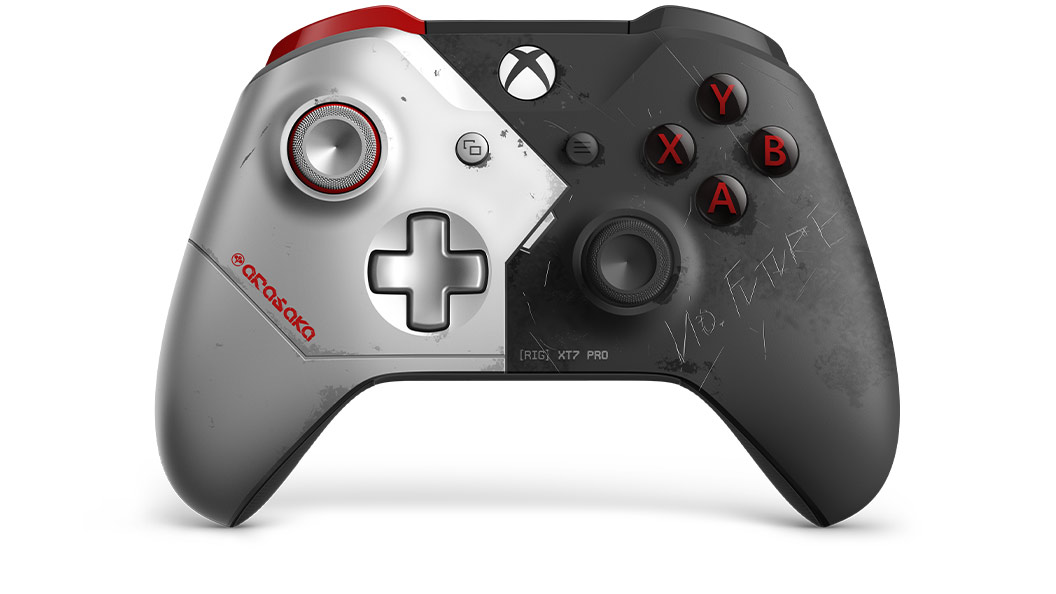 If you want to get something Cyberpunk 2077 in your hands right now you can grab the official Xbox One X controller in the US, or PS4 owners can whack the Cyberpunk 2077 SteelSeries wireless headset on their domes. You can get those headsets in the UK for PS4, PC and Switch, but the Xbox versions are currently out of stock. 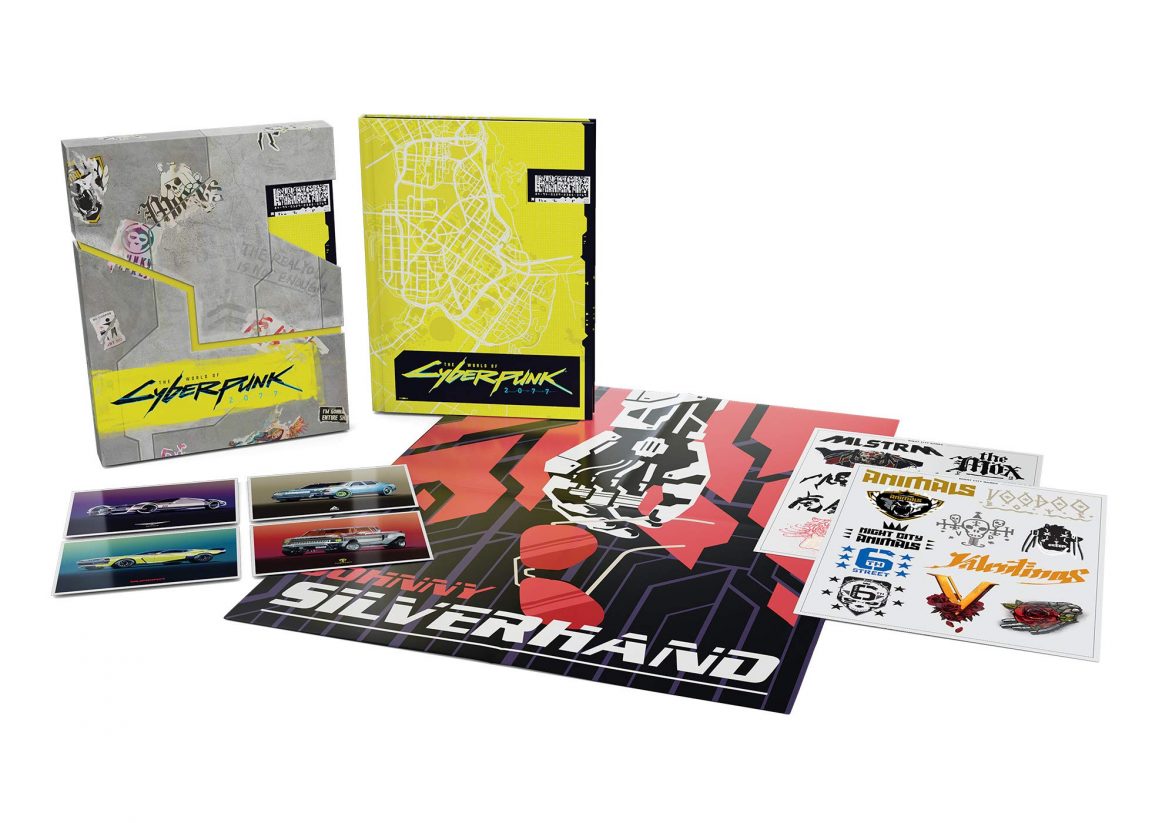 If you want to overdose on the world that CD Projekt is creating, you can pick up the World of Cyberpunk 2077, a deluxe book that comes with postcards and tattoos. Or why not pick up Cyberpunk 2020, the original pen and paper role-playing game that inspired the video game? That flies in an out of stock quickly so you might want to grab it while you can.

All of the above is pretty standard stuff though. What are you going to do with those disposable credits you’ve got cluttering up your neon-hued apartment? Buy something ridiculous, that’s what. 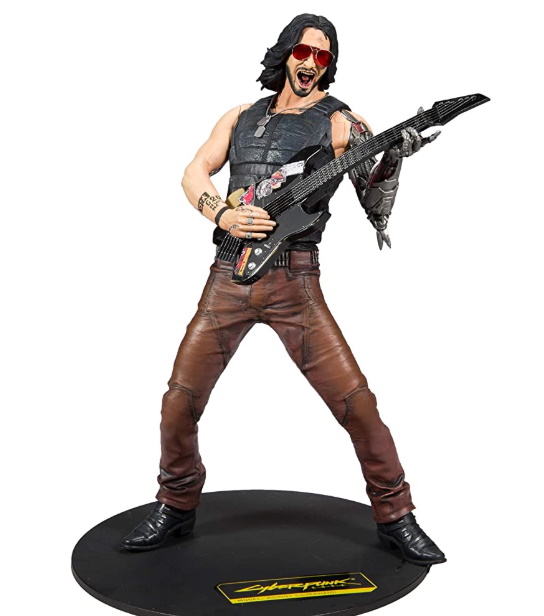 The biggie is this Johnny Silverhand 12 inch Deluxe Figure from MacFarlane Toys. You can pop little Keanu Reeves on your desk and tell him how breathtaking he is, or just quietly speculate on how bad Bill & Ted 3 is going to be. 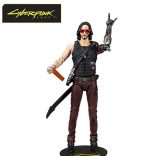 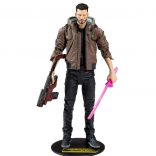 While we’re here, there’s a bunch more Cyberpunk 2077 figures you might want to look at;

Cyberpunk 2077 is out on November 19. We recently went hands-on with it, and it’s shaping up to be something very special. Watch the latest gameplay above.