There’s a new Exotic weapon to chase in Destiny 2, so here’s how to get your hands on the Ruinous Effigy Trace Rifle.

Pyramids have arrived at Titan, Mercury and Mars, with a new public event available on Titan. Alongside this new task, the Ruinous Effigy Exotic Trace Rifle is finally available to unlock, as well as a Catalyst for the weapon.

You’ll have until the end of the season to collect this weapon, so let’s take a look at what you need to do. 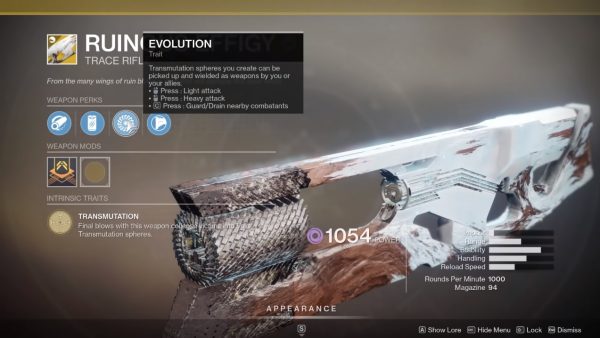 Destiny 2: Season of Arrivals – How to begin the Growth quest

Trace rifles aren’t common in Destiny 2, which makes this Exotic weapon quite special. It’ll turn enemies into Void orbs when defeated and is the only weapon that can destroy Eyes of Savathun, which you’ll need to do to complete its Catalyst.

There are four steps in the quest to unlock the Ruinous Effigy Exotic Trace Rifle but it shouldn’t take you too long. The first two steps, Missive and Gift are straightforward enough and shouldn’t take long to finish.

To begin the Growth quest, pay a visit to the Drifter’s area on the Tower and interact with the Prismatic Recaster. Pick up the Means to an End quest and follow it through, completing the Interference mission on Io. 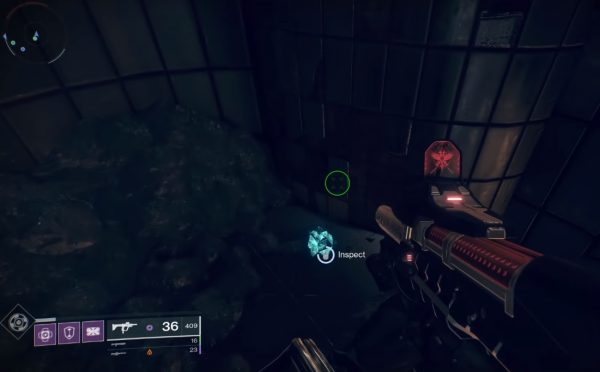 The next step is Pendulum, where you’ll need to gather 25 Calcified Light Fragments and defeat 15 of Savathun’s Marionettes. You can find them near the many landing zones on Io, Mars, Mercury and Titan. You Ghost will pick up on their locations so while this step isn’t difficult, it’s just a bit time-consuming.

Here’s how many Calcified Light Fragments you can find in each area:

To find Savathun’s Marionettes, you’ll need to visit Io and Titan and look for Taken Blights. If you destroy them or Taken bosses, a Marionette should spawn. You’ll need to travel around each location to get more to spawn to defeat 15 Marionettes in total. 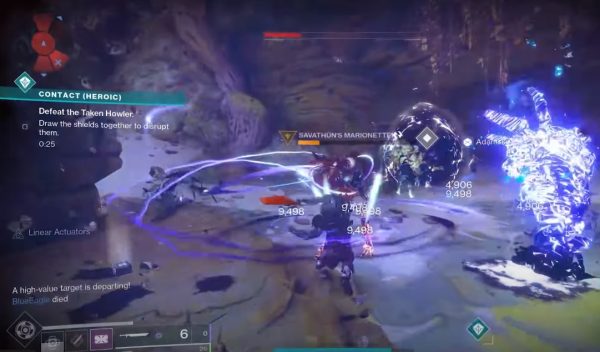 The last step is called Feed, where you’ll need to complete Gambit or Reckoning matches, get chain precision multikills and defeat enemies using Void damage. If you have the likes of a Void hand cannon or auto rifle, you’ll be able to kill two birds with one stone here. You’ll need to get precision kills – read headshots – that are also multikills so depending on your skill level, you might be at this a while.

You’ll need to fill up each bar to 100% to complete this step, so just keep grinding until you’re done. Afterwards, head back to the Prismatic Recaster to pick up a new Umbral Engram, then use the Decoder to get your hands on Ruinous Effigy.

For a visual guide, check out this video from KackisHD.

Ruinous Effigy comes with the Intrinsic Perk Transmutation, which turns enemies into Void orbs on defeat. It also rolls with Evolution which lets you or allied Guardians pick up these orbs and use a light, heavy or drain attack on enemies. To begin the Ruinous Effigy Catalyst quest, pick up one of these orbs and bash an enemy with it.

Destiny 2: Season of Arrivals – How to get the Ruinous Effigy Exotic Trace Rifle Catalyst

To complete the Catalyst, you can either go the long way and defeat enemies using the weapon and the Transmutation orbs or destroy the Eyes of Savathun. You’ll need to destroy around 30 Eyes of Savathun to fill the progress bar, which is much faster than killing 5000 enemies using the weapon alone. Remember: Only Ruinous Effigy can destroy the eyes, so don’t bother using any other weapon.

Thre are 10 Eyes on Io, Mars, Mercury and Titan and five Eyes in The Whisper Mission and Prophecy Dungeon. If you find and destroy all 50, you’ll unlock the Hive Optometrist Triumph. As usual, players over at Raid Secrets spent who knows how many hours seeking out all 50 Eyes of Savathun and you can check their work here.

Like before, you can also check out this video from KackisHD highlighting each location of the Eyes.

The Catalyst adds a new perk, where enemies take more damage from Ruinous Effigy’s beam if they have been hit by an orb.