With the release of Call of Duty: Warzone‘s recent mid-season patch, players discovered that activating four UAVs at the same time scrambles the radar of everyone in the game.

This is effectively a Counter UAV in Call of Duty lingo, but Infinity Ward looks to be introducing it as an option outright in Buy Stations. Reddit user TwitterWWE had their Buy menu glitched to show the Counter UAV as a purchasable item – priced $4,500, which is $500 more than a standard UAV. 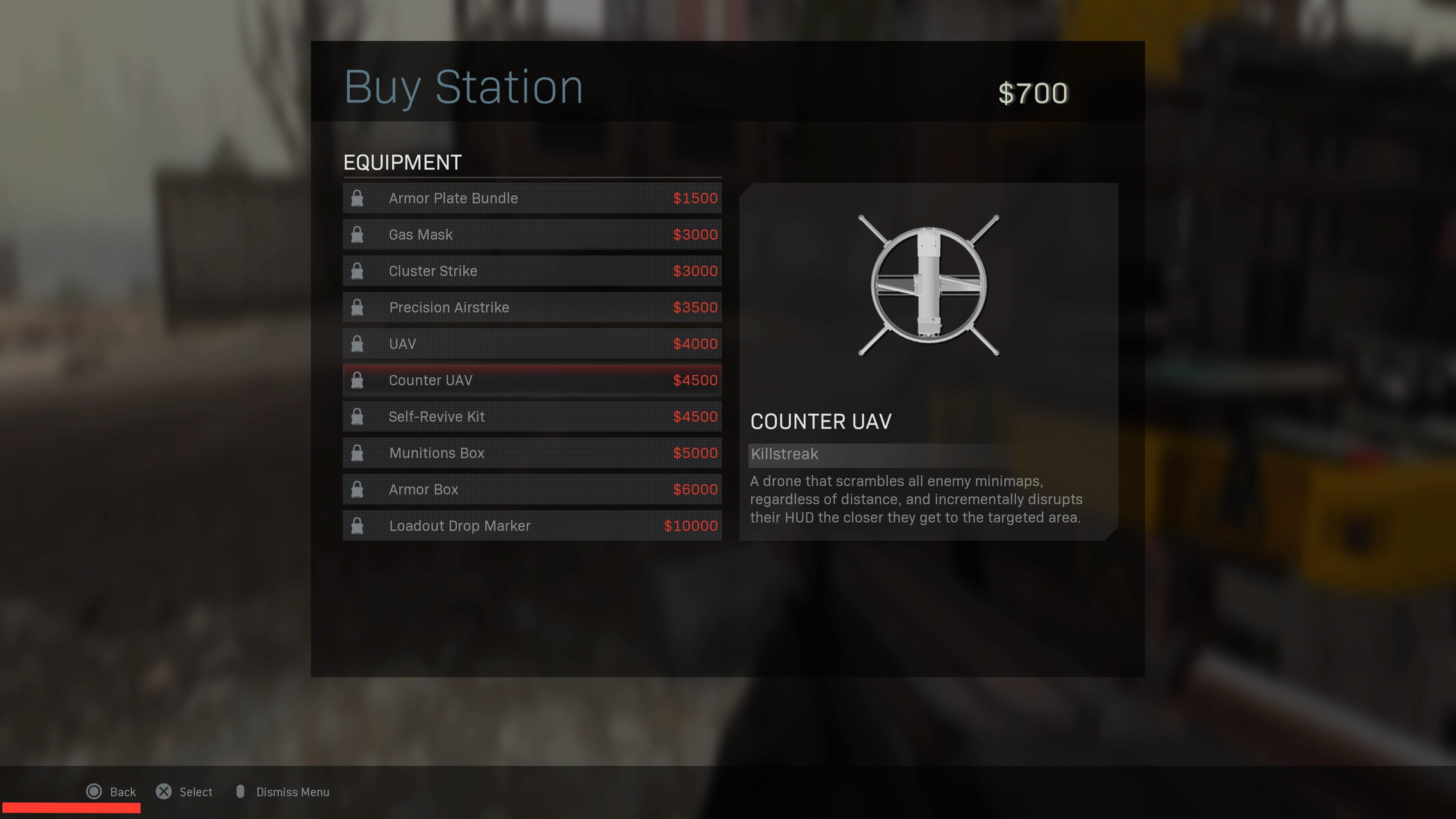 As the description reads, this UAV disrupts the radar of everyone in the game, just like a typical Counter UAV would in traditional multiplayer. Other Reddit users have chimed in to say that they, too, spotted the Counter UAV after re-doing the Warzone training new players have to go through before they start playing.

With how powerful UAVs currently are in Warzone, a Counter UAV could allow the meta to shift in new directions. One squad, for instance, could use it when attacking a fortified building. Another could deploy it to evade pursuers.

Infinity Ward has yet to officially announce this, of course, but seeing as it’s already in the game, its launch is likely not far off. Buy Stations in Warzone have had their inventory updated only once to add the Armor Box. Loadout Drop prices have changed, of course, but the majority of items accessible today were available at Warzone’s launch back in March.

In other Warzone news, Season 5 looks to be set to deliver the first major changes to the map, with the stadium reportedly opening and a running train arriving.