Yoshida made the announcement on his personal Twitter page, where he shared details about his future plans. Check out the tweet below.

On a personal note,I quit Capcom on July 4.
I was very happy to be able to develop for 12 years at Capcom.
From now on,I will leave Japan and go overseas to develop games for next-gen.
(I work from home in JP until COVID-19 calms down.)
I will continue doing my best！

“On a personal note,I quit Capcom on July 4,” Yoshida wrote. “I was very happy to be able to develop for 12 years at Capcom. From now on, I will leave Japan and go overseas to develop games for next-gen.”

Yoshida also confirmed that he will work remotely from Japan until the coronavirus is more firmly under control, before noting that he will continue “doing [his] best” in future endeavours.

Yoshida was a game/combat designer at Capcom for 12 years and has worked on a range of iconic series such as Monster Hunter and Devil May Cry, for which he designed enemies in its most recent iteration. He is also credited in the “special thanks” section for Resident Evil 5, which launched back in 2009. 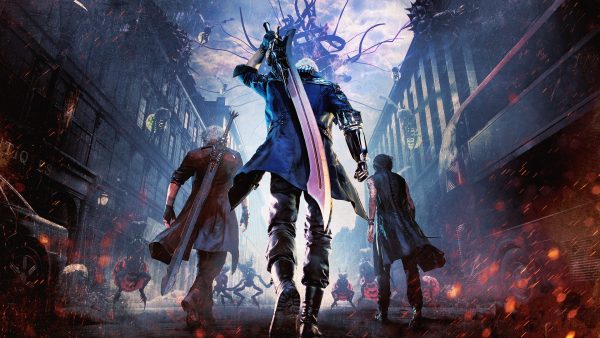 In related news, Capcom has announced that it intends to launch “multiple major titles” between now and March, 2021. Its new sci-fi game, which debuted during last month’s PS5 showcase, will be coming to PS5, PC, and Xbox Series X at some point in 2022.

Resident Evil Village, which was shown at the same event, is due to launch a bit earlier, and will arrive in 2021.

In other things Capcom, there’s a pretty big Monster Hunter: Iceborne patch scheduled to launch later this week. It’s set to introduce a new range of monsters such as Alatraeon and Frostfang Barioth, and Astera’s Summer Twilight Fest and Seliana’s Sizzling Spice Fest are going to be added down the line, too.

Alatraeon is the first monster due to arrive and will be available to tackle from Wednesday, July 9.