The new July summer update for Animal Crossing: New Horizons is here and you’ll be able to go swimming, find all manners of sea creatures and meet some familiar faces.

The July update in Animal Crossing: New Horizons comes with more special events, bugs and fish to catch and you’ll be able to swim in the ocean with your pals. The fishing and bug-catching tournaments will also return this month, and Pascal will make his first appearance on the island. Gulliver also returns with a new pirate look, though he appears just as lost as usual.

This update is for Northern Hemisphere players, as this is a summer update, so if you’re in the Southern Hemisphere, you’ll need to wait a few months for summer to roll your way. Blathers will, of course, be able to accept all manner of new sea creatures into his museum

Pascal will trade you Scallops for special Mermaid DIY recipes, so keep a hold of them when you can. 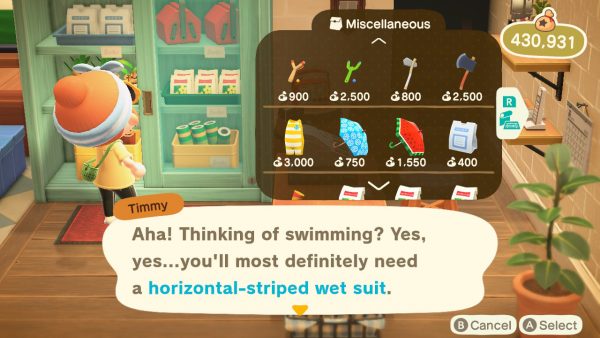 To swim and dive in the ocean, you’ll need a wetsuit, which you can pick up from Nook’s Cranny or Nook Shopping for 3000 Bells or Nook Miles You should also receive a snorkelling mask in the mail.

After that, you can head to the rocks near the ocean and press A to jump in. You can also walk in off the beach. Keep pressing A to swim around and press Y to dive if you see a shadow or some bubbles coming out of the water.

You’ll only be able to dive for a certain amount of time and you’ll automatically surface after a few seconds.

New fish are coming with this update if catching sharks wasn’t exciting enough during June. There are only five new fish available during July, but we expect to see more in the August update.

The tadpole is leaving for Northern Hemisphere players at the end of July until next March, so if you missed out, there’s quite a while to wait. You can check out all the new fish in our mega Fish location and price guide here.

Quite a substantial number of new bugs are available in this update, so make sure you have plenty of sturdy nets crafted to catch them all. The Honeybee is also leaving at the end of July where it’ll also return in March.

For more info on the bugs, you can check out when and where to find all the new bugs here. 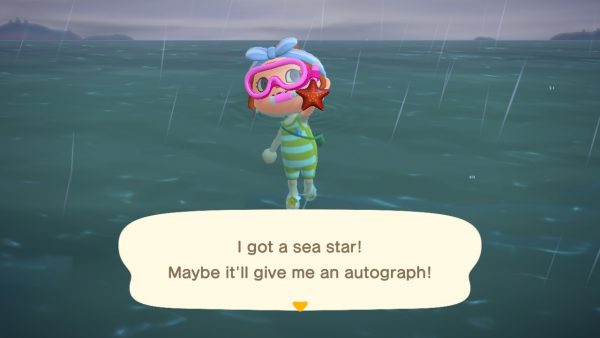 We don’t know a lot about the new sea creatures coming to Animal Crossing, but you can check out our sea creature page here.

Animal Crossing: New Leaf had around 30 Sea Creatures available, so we might have some appear in July and the rest show up in August with the next update. You’ll also be able to find Luminous Bamboo Grass during July that you’ll be able to craft seasonal items with.

In the meantime, you can check out our ultimate Animal Crossing: New Horizons guide here if you’re looking to find all of the Fish and Bugs currently available.