One of Fallout 76’s long-standing player requests is finally being answered today.

But there’s another major feature arriving today with update 20, and it’s public teams. This feature essentially allows players to browse a list of other players looking to team up. The in-game Social menu will now display all of these LFG requests, and players will be able to set a team goal to make it easier to find like-minded players.

Having a set goal is important, because the game will automatically generate some challenges for the team to hit. Completing those challenges awards everyone with Bonds. 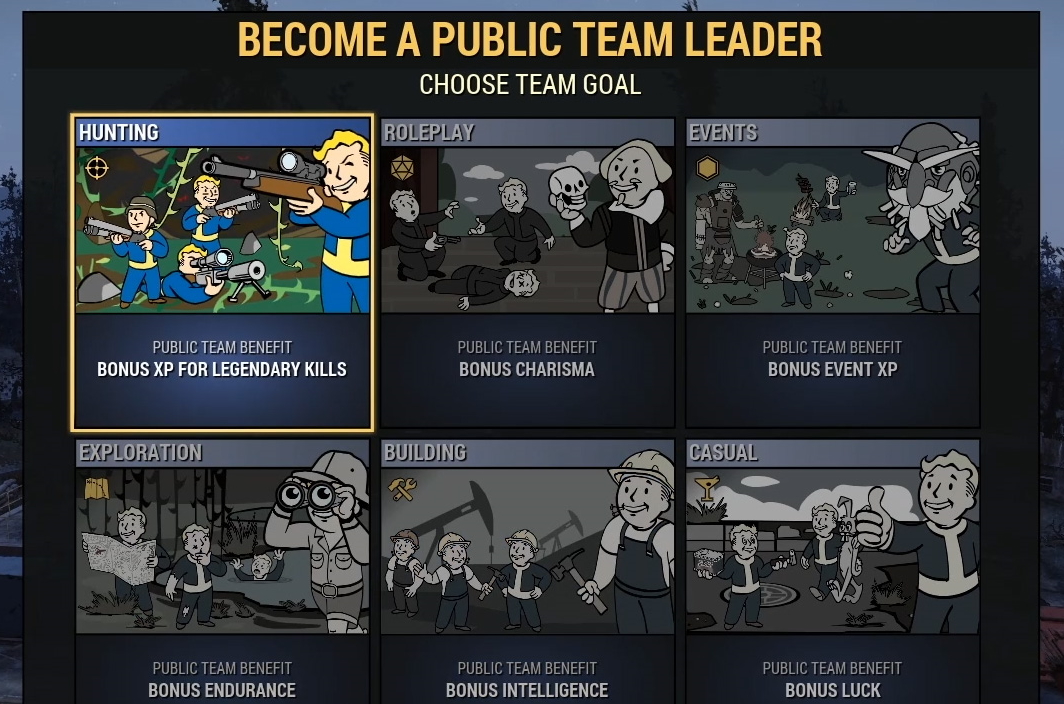 Each public team card will display the location and level of the player who initiated the group. Anyone can create a team, too, and everyone else on the server will be notified whenever a new one is created.

As for PvP, only the player that initiated – with an outside player – it will be flagged for PvP, their public teammates will not. Check out the Bethesda blog for more.