If Dishonored is a delicious cake, coloured by a red velvet dye of suspicious origins, then Dark Messiah was the prototype that didn’t rise properly. Released six years earlier, it reached for the same mix of stealth and bloodletting action, but turned out lumpy and uneven, its spongy physics sliding across crumbly technical foundations. Dark Messiah probably had a soggy bottom as well, but Mary Berry wasn’t providing critical assessments on the telly back then.

It’s a minor blotch on an otherwise perfect track record – one which Arkane can look back on with pride as it celebrates its 20 year anniversary. But the very fact that Dark Messiah didn’t quite come together is what makes it fascinating to study. We can pick through its undercooked mix and still see the ingredients involved in its creation, the constituent parts that became part of the studio’s identity.

The largest of these was the influence of Looking Glass Studios, the defunct ‘90s developer that had a profound impact on nascent game designers of the era. Arkane’s first game, Arx Fatalis, had been a tribute to Ultima Underworld, the Looking Glass dungeon crawler that placed an unusual focus on problem-solving, empowering players to overcome obstacles in the most literal possible way, by levitating over them. For its next game, Arkane looked to Underworld’s follow-up, Thief.

Dark Messiah has stealth systems that track the noise of footsteps on different surfaces, and the degree to which its protagonist is concealed by shadow. The NPCs, which most players cut down on sight, have AI routines that see them react to unexpected bumps before returning to their patrols. The game even has rope arrows, a rarely-copied tool from Thief which can be fired into any wooden surface to create an impromptu ladder.

A lot of it, frankly, could be stripped out without hurting the game’s primary appeal – the showy first-person melee exemplified by its ‘kick’ button, which fires enemies backwards into chasms and wall spikes. Perhaps Dark Messiah would have benefitted from greater focus on that core, rather than getting bogged down in extraneous systems. 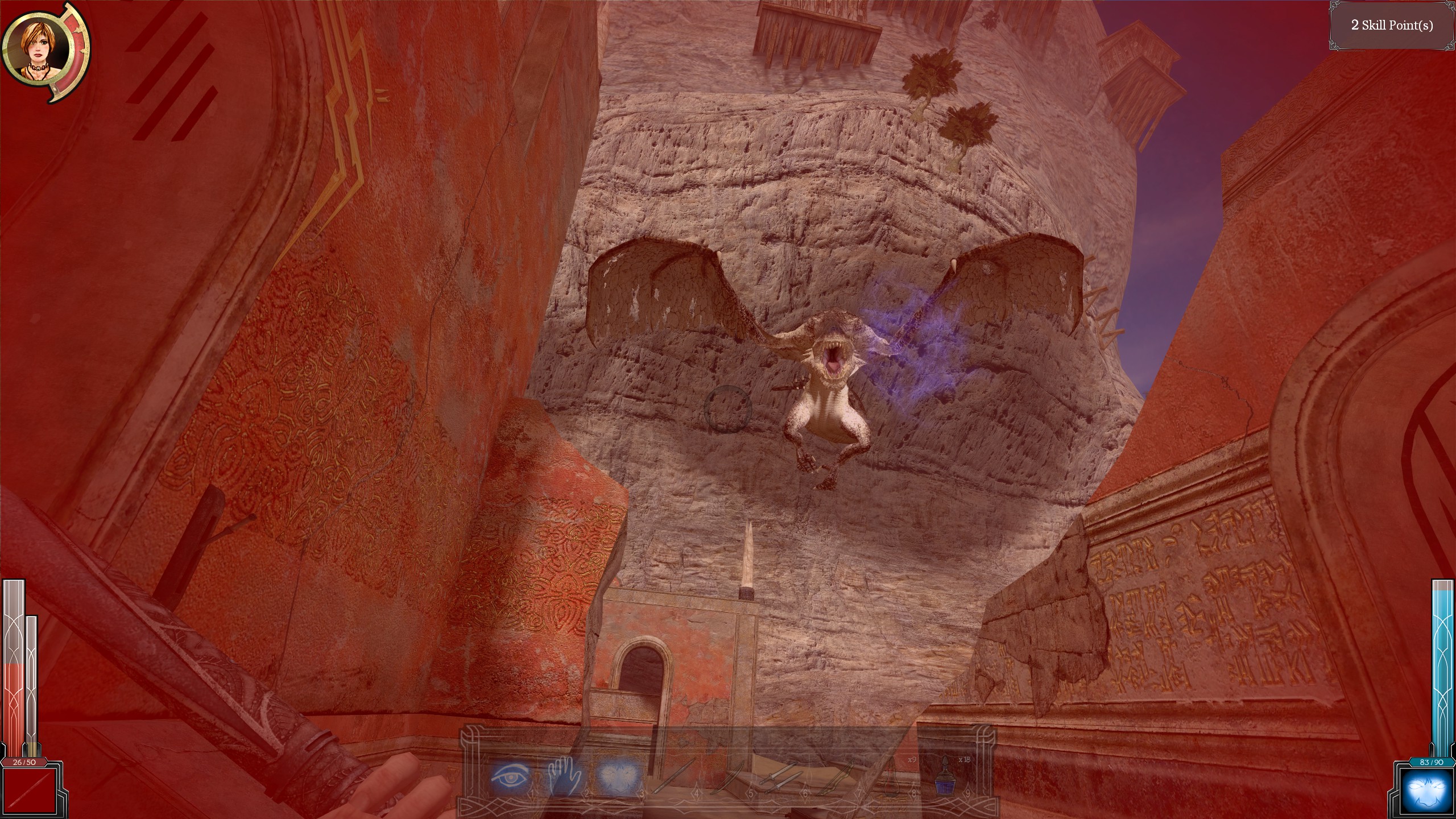 But it’s clear that game director Raphaël Colantonio simply couldn’t help himself. One early mission, in which you’re merely required to stride from one side of the besieged city of Stonehelm to the other, boasts many peculiar winding routes and secrets. Meander for long enough and you might find the underground bar, using telekinesis to move and catch the bottles intended for target practice, and drinking each in turn for a minor health benefit. It’s an extraordinary, and slightly daft, level of simulation for a conceptually simple action game.

There’s an apparent tension here, between the project Arkane wanted to make and the one it was commissioned to. But that contrariness pays off in places – as when an arrow thuds into the bow of the ship you’re defending, and you pluck it out, firing it back at the blackguards. Or when, outnumbered, you pick up a crate and lob it at the head of a goblin, knocking the creature backwards into a campfire. This emergent comedy is the stuff of fail videos, and if you squint a bit, you can even see the creative kill compilations that have seen Dishonored go viral. 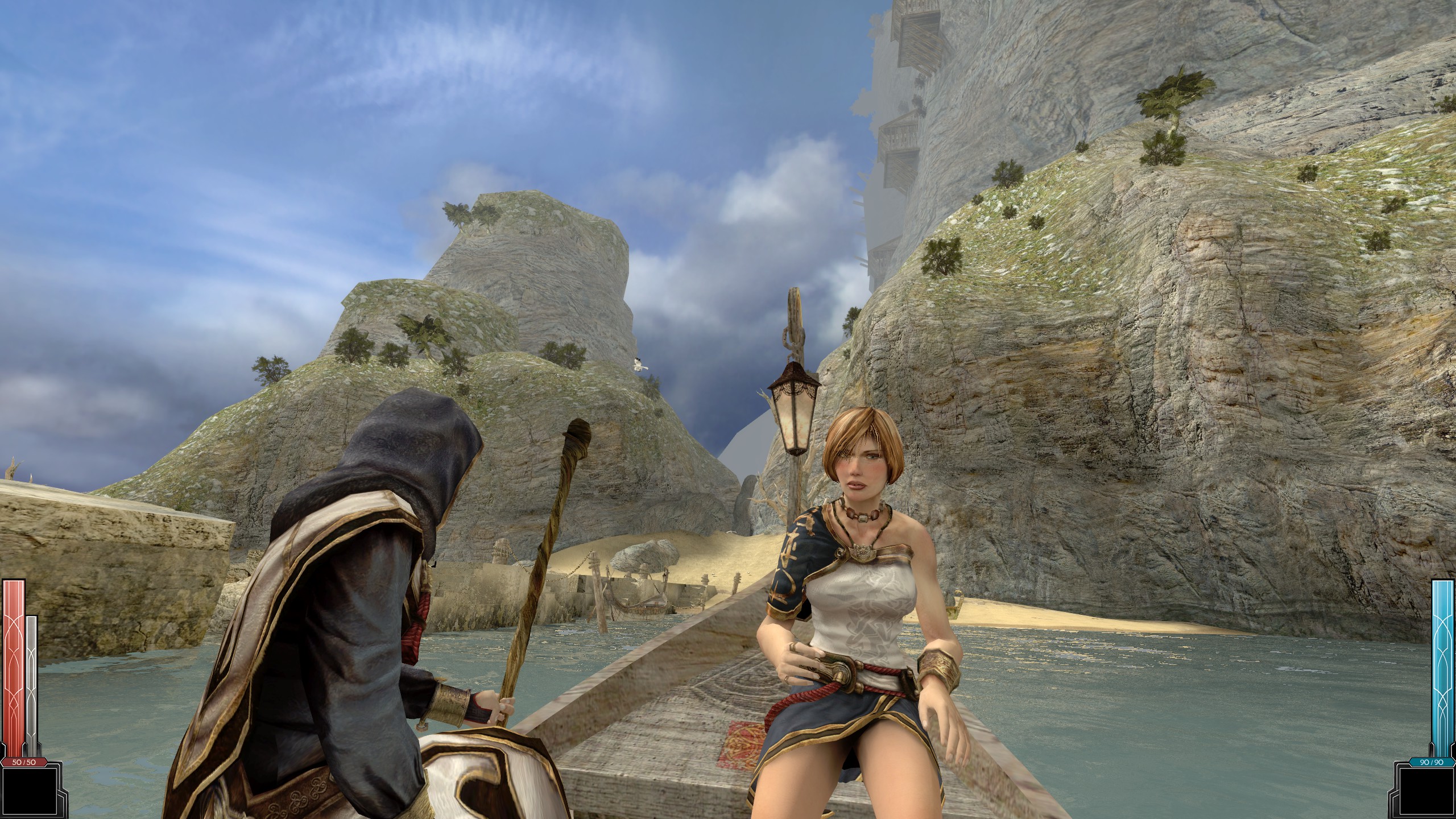 The other key ingredient in Dark Messiah’s mix is Valve. Back in 2006, this was one of just a handful of non-Valve games to use Half-Life 2’s Source engine, all of which seemed to turn out wonky but loveable. The influence of the gravity gun is obvious, Valve’s physics lending itself to lots of entertaining, if contrived, sequences involving tumbling barrels. But more than that, Dark Messiah draws on the sense of momentum in Valve’s single-player games, funnelling the player forward through strange, subterranean setpieces. This is easily Arkane’s most linear game, at times feeling like a high fantasy Half-Life, rising water puzzles and all.

Arkane never quite got to make its own Half-Life campaign, though it came very close, conceiving an episode named Return to Ravenholm shortly after Dark Messiah came out. Instead, the studio wound up working with City 17 designer Viktor Antonov. Dishonored’s Dunwall shares a layered look with Half-Life 2’s metropolis, clamping totalitarian armour onto ancient European architecture.

It seems self-evident in 2020, the year of hindsight, that Arkane had huge potential waiting to be unlocked by a bigger budget and greater freedom. But publishers and players at the time also saw how choppy the physics got in Dark Messiah. Objects would fly through enemies without resistance, and crypts sometimes bobbed up and down in midair, as if thrown about on an invisible sea. Who could claim to know that Arkane would eventually match Looking Glass and Valve for quality, rather than continue to buggily imitate them? 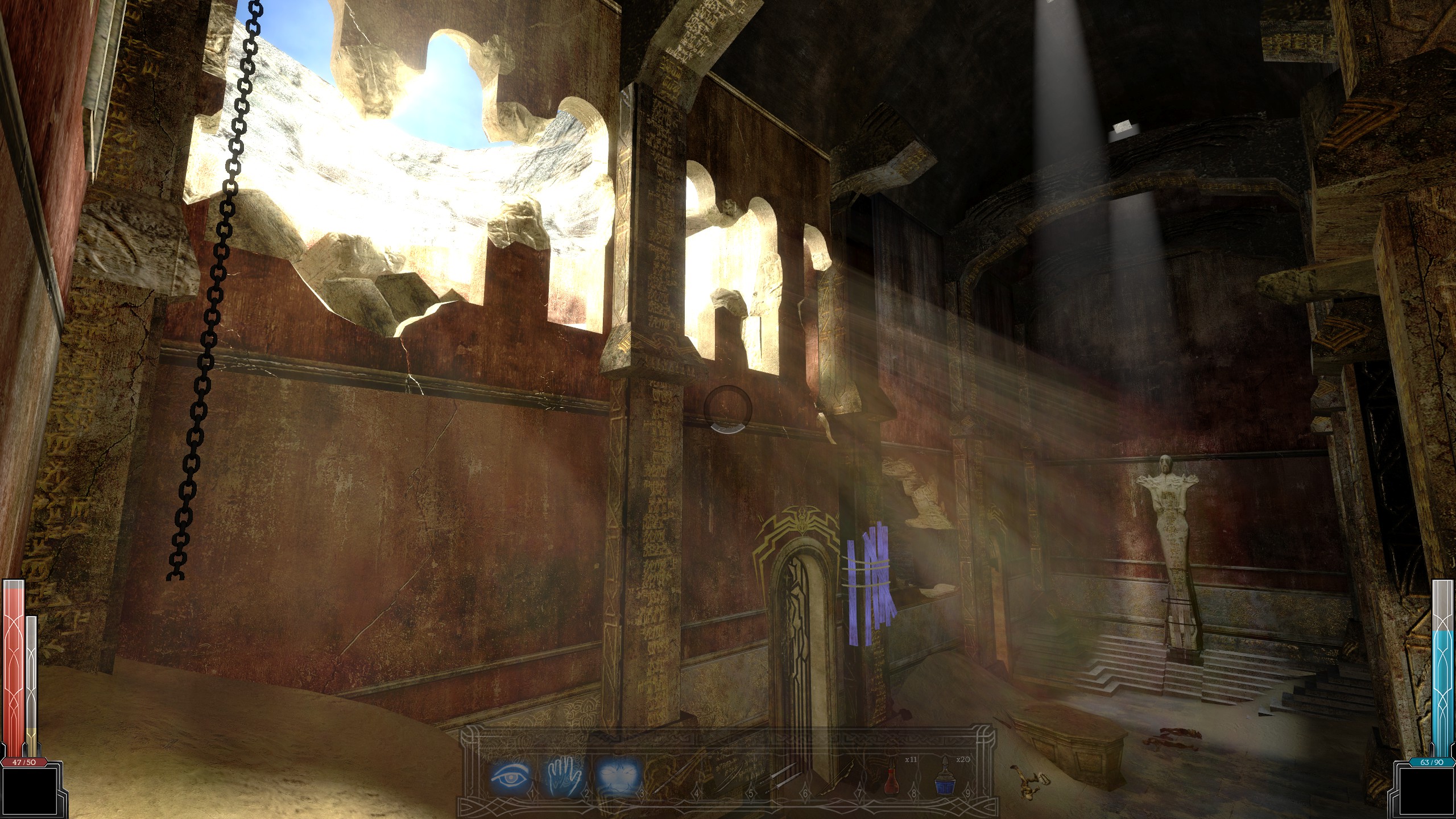 Ultimately, Bethesda did. By backing Arkane for Dishonored and everything that followed, Bethesda ensured that Dark Messiah became a punctuation point on Arkane’s path to greatness, rather than an underwhelming full stop. It’s thanks to them that we can look back on this game and laugh at its quirks, knowing they would be ironed out, and that Arkane’s stubborn dedication to stealth, simulation, and indirect murder would finally be rewarded.