The NPD has released its analysis for the month of April 2020, noting nice a year-over-year increase in both hardware and software.

Call of Duty: Modern Warfare was once again the second best-selling game of the month, and remains the best-selling game both year-to-date as well as for the 12-month period ending April 2020. It is the fourth fastest-selling release in US.

Animal Crossing: New Horizons, which was the number one seller in March, came in third place on the software chart.

Titles noted with an asterisk do not include digital sales.

Best-selling games by platform can be found in the images below. 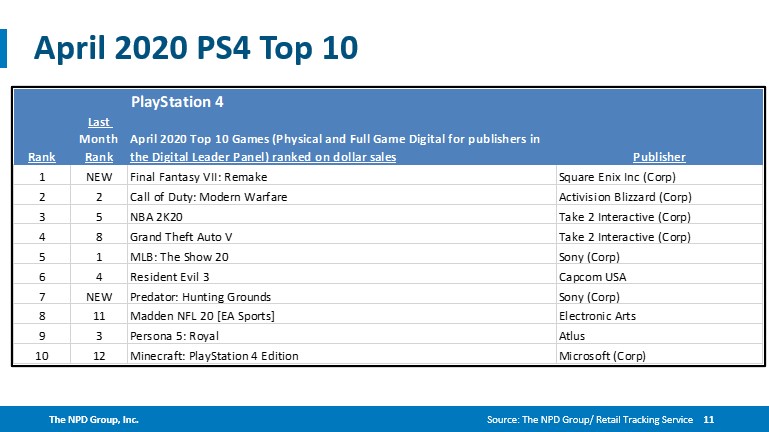 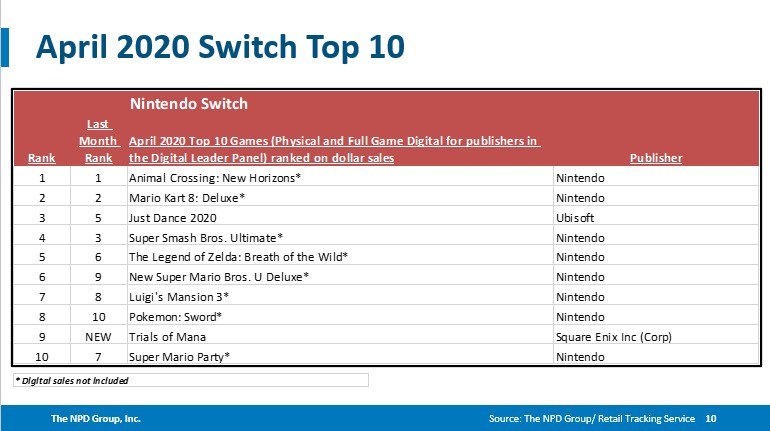 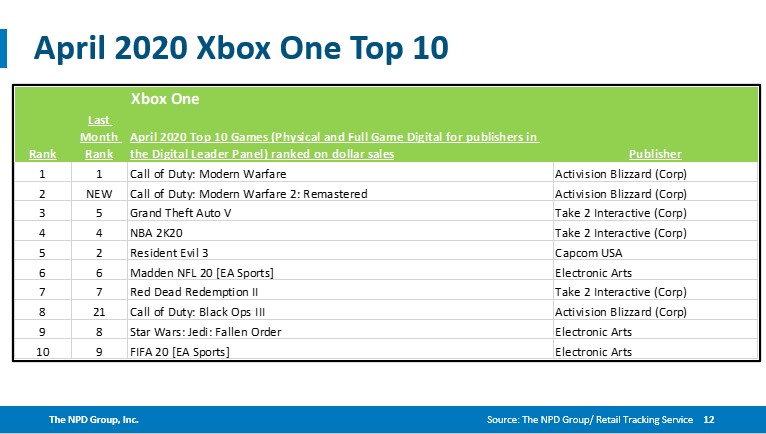 Hardware spending for the month saw a yoy increase of 163% percent to $420 million when compared to a year ago. This is the highest total for an April month since the $427 million reported in April 2008.

Switch was once again the best-selling consoles in both unit and dollar sales. Year-to-date dollar sales of  Switch are the highest of any hardware platform in US history.  The previous high was set by Wii in the year-to-date period ending April 2009.

Overall, April 2020 spending across the board was up 73% year-over-year to $1.5 billion. This is the highest reported spend for an April month since the $1.2 billion achieved in April 2008. Year to date, spending increased 12% to $4.5 billion yoy.