There’s a shiny new Mace up for grabs in the Journey’s End update for Terraria, so let’s check out how to get it.

Maces can inflict a lot of damage on enemies, though they are a heavier, slower weapon. To find a regular Mace, you’ll need to search golden chests in the Underground. They are fairly common, so it shouldn’t take you long to find one.

Once you have a Mace, however, you’ll want to upgrade it to a Flaming Mace. You don’t need to be playing in Hardmode to craft it, so let’s take a look at what you’ll need. 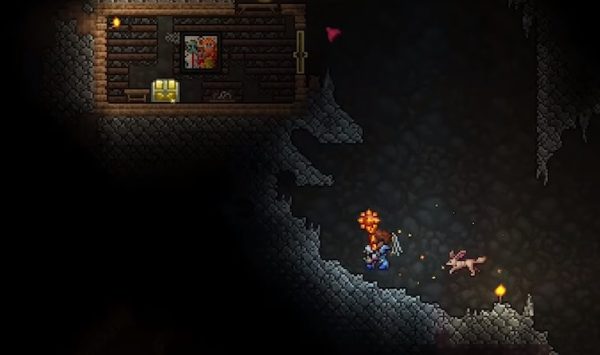 Terraria: How to get the Flaming Mace

Once you’ve found yourself a Mace, you’ll be able to craft yourself a Flaming Mace. You’ll need a flame torch as well, and you don’t even need an anvil or workbench to do so. You can also upgrade the Flaming Mace to a Superior Flaming Mace if you have 99 torches.

The Flaming Mace will light your path, which is handy when you’re underground. There’s also a chance it’ll inflict the On Fire debuff which causes an enemy to lose four points of health per second. If that enemy is oiled. it goes up to 14 damage per second. 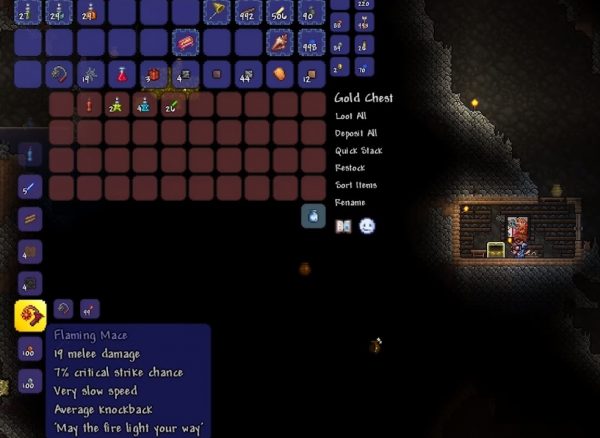 You can head into the underground very early into the game which makes the Flaming Mace a solid starting weapon.

Now that you’ve crafted yourself a shiny new toy, you can check out our guides on how to gather Ecto Mist to craft walls, where to find all of the Whips, how to get a Cat License and how to increase NPC happiness.

You can also read our guides on how to get the best sword in Terraria, how to grow more gems , how to spawnn the Empress of Light and Queen Slime, and what the different coloured fairies mean and do.