The Witcher 3: Wild Hunt is the best game I’ve ever played. Geralt and co. have won countless accolades since launch, and I love them as much as my actual family.

I adore The Witcher 3 so much I have the colouring book, the novels, the cosplay calendar, and am considering getting audio tapes so I can Witcher in the bath.

Just like how Geralt’s story is told through many mediums, the game itself takes on a variety of forms: it’s as challenging as it is thoughtful, as colourful as it is grim. It’s a fantasy story, but somehow it feels deeply personal as well.

Where many RPGs offer binary good and evil choices, The Witcher 3 is all about shades of grey, just like Geralt’s lovely beard. 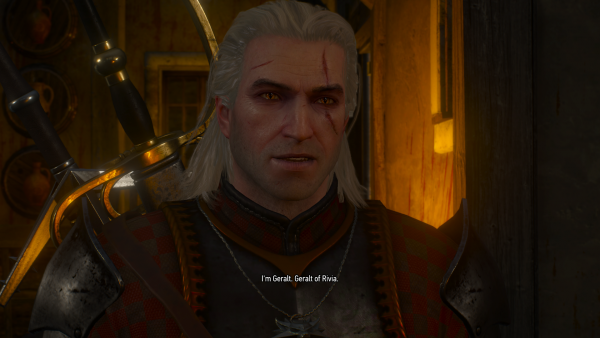 Geralt is a hero who is motivated by pure logic. He’s methodical, patient and resilient; he can always see the bigger picture – granted, he has superhuman Witcher senses – and is willing to give everyone a say.

He’s also an outsider, a non-human, a freak. He exists on the peripheries of society, called upon only when people are desperate – otherwise he is deemed unworthy of attention, care, or respect.

Just like how witchers are feared by the uneducated, there’s a stigma attached to people with mental health issues. Your voice and skills are often only valued in certain situations, such as for research purposes or when yet another social media post about mental health comes around. To top it off, you most certainly face the insults and discrimination Geralt does.

You hardly need to go down a Reddit black hole to find pages about living with someone with BPD/EUPD and how “manipulative”, “lazy”, “awful”, “disgusting” we are. Much like Geralt, people see us as freaks. 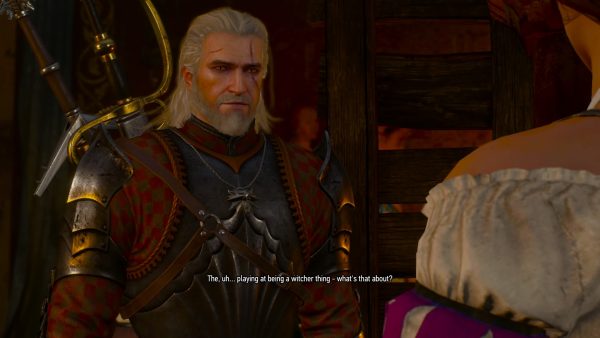 The Witcher 3 deals with the loneliness of living on the edge of society in an interesting and subtle way: Geralt knows he is different, but he accepts himself. He harbours no resentment, no shame for who he is. He accepts that loneliness of walking the Path is his to bear.

That’s not to say that Geralt is ever alone for long – he regularly seeks the comfort of women, there are fellow witchers he calls his brothers, and he has forged friendships with humans and non-humans alike over his near-century long existence. And that is the most accurate portrayal of real life, mental illness or not, that I’ve ever found in a game – minus swordfighting 30 years past your pension. Ultimately, we are alone in our personal pursuits, and that there’s nothing shameful about it.

The Witcher promotes a message of self confidence, self respect and self care that permeates through the entire series; at no point does Geralt shy away from his responsibilities or question his beliefs or needs. He is an incredible role model who has no shame in showing vulnerability and embracing his lot in life.

Whether it’s Anna’s symptoms and dementia, the Bloody Baron’s alcoholism and depression, Syanna’s abandonment and trauma, the game constantly touches on real world issues. The Witcher 3 is simultaneously a world that’s swathed in war, apathy and sadness, and one with reunited families, joy and love. Those shades of grey. 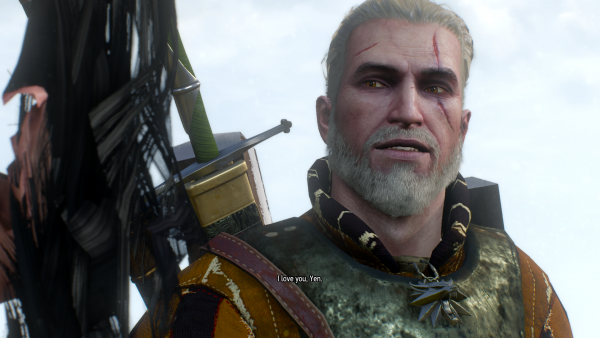 Living with EUPD, it’s incredibly easy to forget my strengths, my skills and even my relationships; the phrase “feeling empty” is thrown around a lot in clinical discussions but it’s incredibly difficult to describe how it actually feels. The sorceresses of The Witcher speak of how they use their magic to make themselves look beautiful because they wish to appear more powerful than they are. They thrive on superiority.

In the book, “The Last Wish”, Sapkowski writes about how Geralt can see in Yen’s eyes that she is a misshapen hunchback from a poor family, as opposed to the stunning, aristocratic image she curates. Whilst a departure from Geralt’s stalwart self acceptance, the sorceresses are a metaphor for the image we create and want others to see, as opposed to what we may feel inside.

My generation is especially good at creating online personas of being aloof, outgoing and self-reliant when we may be anything but that. It’s taken me a very long time to put my real self out there; that is, someone with an incredibly dry sense of humour who really likes video games. And The Witcher helped me get there.

There’s a section towards the end of Blood & Wine which helped me come to terms finally with who I am. Whilst sharing a drink, Regis asks Geralt if he were to do it all again, would he choose to be a Witcher? You can say no, obviously, but answering yes was an incredibly self-affirming choice and a moment which still moves me when I make it.

If there’s one message I could get out there, it’s this: play The Witcher 3. Oh, and love and respect yourself for who you are… That’s important, too.