Terraria 1.4 has brought a ton of new end-game content to your world, and to take it on you’re going to need the most powerful sword you can craft: Zenith.

Amalgamating the power of many cool swords from throughout the game, Zenith is one of Terraria’s best weapons and ganks bosses with ease. Here’s what you need to do to make it yours!

Some of the parts required for the Zenith are only dropped by the Moon Lord, which means you’re going to have to be at least at his level to craft the weapon.

Zenith can easily top 100k DPS without much effort, so it’ll make even Master Mode significantly easier – perfect for farming bosses to complete your collection of any items you’re missing. 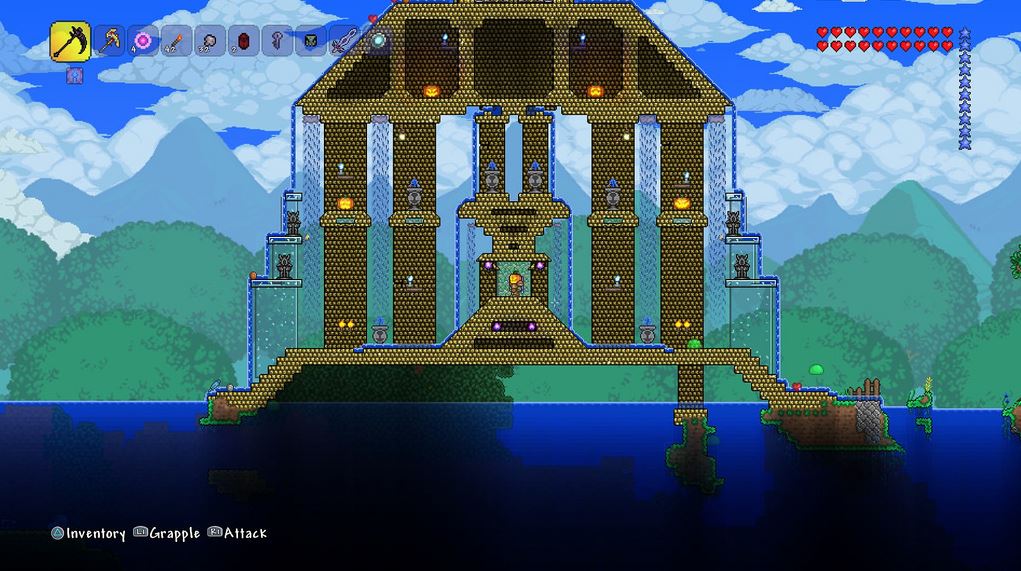 As we mentioned, Zenith is made out of a few notable swords that you’ll have come across in your Terraria adventure so far.

According to the above video, you need to take these pieces to a top-tier Mythril or Orichalcum Anvil.

The table below runs through how to get each ingredient sword. We’ve added extra information underneath:

Of those methods, a couple are more involved than others.

How to find Enchanted Sword for Zenith

To find Enchanted Sword Shrines, search for underground holes on the outer thirds of the map as shown in this video:

How to find Skyfury Skyware Chests for Zenith

To find Skyware Chests on Floating Islands, one of the best ways to trawl through the skies in search of one is to pop a Gravitation Potion (commonly found in underground chests) and reverse gravity to float through the air. The method is shown in this video:

How to craft Excalibur for Zenith

The regular Excalibur can be made out of 12 Hallowed Bars, as shown in this video:

How to craft Night’s Edge for Zenith

While finally, the regular Night’s Edge is made out of four other swords. The first is Muramasa, which is found after beating Skeletron in Golden Locked chests in the underground dungeon.

The second is either the Blood Butcherer or Light’s Bane based on your world. If your world is Crimson, head into the underground cavern layer of the world and destroy three Crismon Heart Orbs to spawn the Brain of Cthulhu. If your world is Corruption, your goal is to go into the caves and break three Purple Shadow Orbs to spawn the Eater of Worlds. These bosses drop the necessary ores you need to make the right metal bars to create the swords at a demon or crimson altar in The Corruption or The Crimson respectively.

Last up, you need a Fiery Greatsword which is made out of 20 Hellstone Bars. These are crafted out of Obsidian and Hellstone Ore which is mined from lava areas and Hell, deep underground.

For a visual guide, here’s another video:

For a new boss to actually use this new weapon on, here’s how to summon the Empress of Light.

Or if you’re after new weapons that’re slightly easier to acquire, here are all of the whips that were added to Terraria in the 1.4 update.