The  Cyberpunk 2077 Reaver was recently unveiled by CD Projekt Red, and has to do with the Wraith gang.


A first look at the Cyberpunk 2077 Reaver – a car associated with the Wraith gang – was recently revealed on the game’s official Twitter page. You can check out the tweet below, which features a 360 degree look at the car, as well as some details about its background.

„Reaver” – custom-built Wraith gang vehicle based on Quadra Type-66 car. With its near 1000 horsepower, you will ride eternal, shiny and chrome.
Happy 5th Anniversary #MadMaxFuryRoad pic.twitter.com/9E0gqJKqV5

“Reaver – custom-built Wraith gang vehicle based on Quadra Type-66 car,” the tweet reads. “With its near 1000 horsepower, you will ride eternal, shiny and chrome.”

“Happy 5th anniversary, Mad Max: Fury Road,” the tweet concludes. CD Projekt Red is not being shy about its influences. 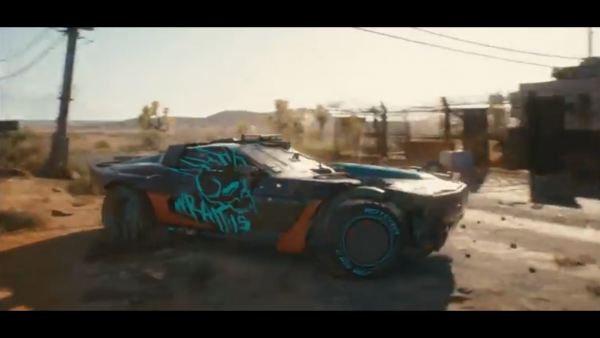 Cyberpunk 2077 is scheduled to launch on September 17, 2020. It will be available to purchase for PS4, Xbox One, Google Stadia, and PC. It has also been confirmed that Cyberpunk 2077 will use smart delivery, meaning that if you purchase it for Xbox One, you’ll get it on Xbox Series X, too.