Persona is all about summoning demons. Which is potentially problematic, depending on your religious views.

A GameFAQs user is trying to get some of their past work removed from the site as it no longer matches their religious beliefs. Persona 2: Innocent Sin’s story of demons, death and a supernatural battle against Adolf Hitler are all fun and games… until you become find God and brush up on scripture.

Because GameFAQs user ThatGuy4913 was paid for his work on the Persona 2 guide under GameFAQs’ bounty program, he surrendered rights to control the content. That means he can’t delete it – so he’s gone for the next best option – to append a note to the guide explaining that he no longer approves of the game, as spotted by users on twitter. 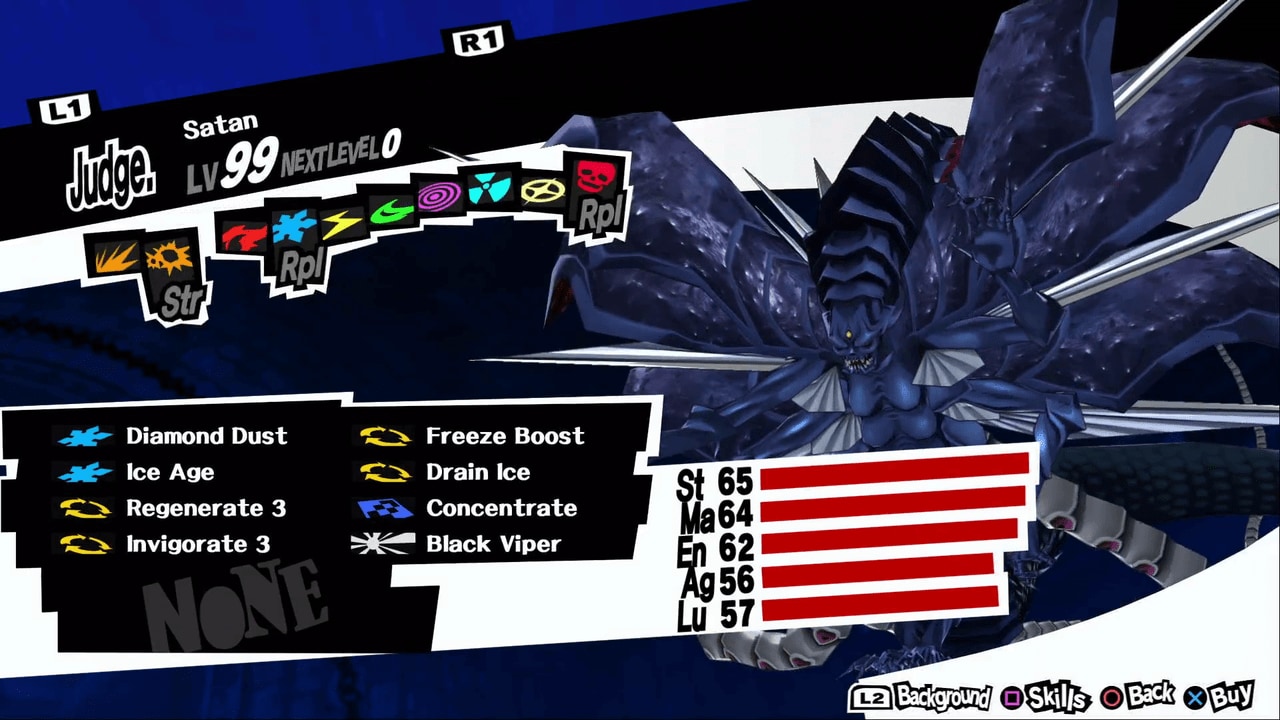 Satan, as the beast appears in Persona 5.

“Years after originally writing and posting this guide, I now take moral offense at this game and would prefer that neither this guide nor the game exist,” the author writes in the newly-added section of the guide.

“The only reason I have not removed this guide is I had submitted it under contract that it be allowed to stay on the GameFAQs site. Their staff has been very helpful to me and I hope that my petitions and comments might eventually reach someone who can remove it.

“My complaints against this game are against its glorification of demons and evil spirits, and also against its promotion of witchcraft through tarot and other means (tarot card divination/fortunetelling is expressly witchcraft). Both of these blaspheme against the Almighty God, Jesus.”

The comments go on to blast the game for depicting Satan as the most powerful demon in the Persona universe, and puts to readers that “contrary to popular belief, dying is NOT cool.”

The update to the FAQ, which was originally published in 2011, is all the author can do – even though the author retains copyright to the work under GameFAQs’ rules.

If GameFAQs will grant its contributor’s request and delete the top-rated guide remains to be seen – but the guide now begins and concludes with stark warnings to anybody using it to minimize that classic Japanese RPG stat grind while playing through Persona 2: Innocent Sin.

“I wish I had known about the curse on this game and the many others like it. Where were all the hundreds of millions of Christians while I was playing these games? They must be a bunch of fakes because I never heard a single warning,” ThatGuy4913 says.

“Well, consider yourself informed. And if you don’t believe the warning, then believe because of the consequences. There really is a curse for disobedience. I pray more people will wake up to the reality of the evil in this world and stop supporting it.”