The Travis Scott Astronomical event begins this week and as part of the new challenges, you’ll need to find and bounce on some giant Astro heads.

The Astronomical event takes place around the Sweaty Sands area of the map and a new stage has been built to accommodate the concert. As part of the event challenges, you’ll need to find and bounce on five giant Astro heads during the concert.

You’ll have until April 26 to complete this challenge, so you’ll have ample opportunities to do so and you don’t need to complete it in a single match. Here’s a reminder of the start times:

Opponents will probably still try to eliminate you during the event, so watch your six as you seek out the Astro heads. 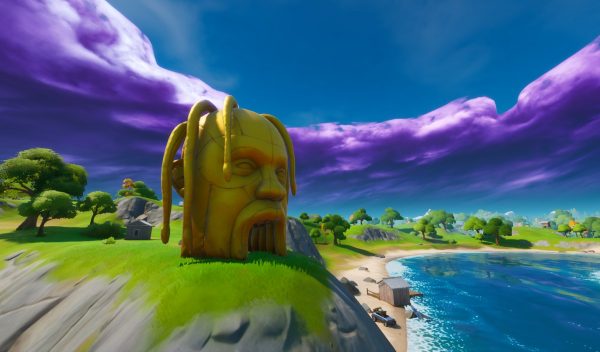 Fortnite: Where to find the giant Astro heads

The giant Astro heads are difficult to miss – they are big, gold statues of Travis Scott’s head. They can be found quite close together near Sweaty Sands and you’ll either need to land on them or build a stairway to them. Once you’ve climbed atop one of the heads, jump up and down until it registers as complete. Run back down the stairs or jump off and find the next one.

You can find giant Astro heads: 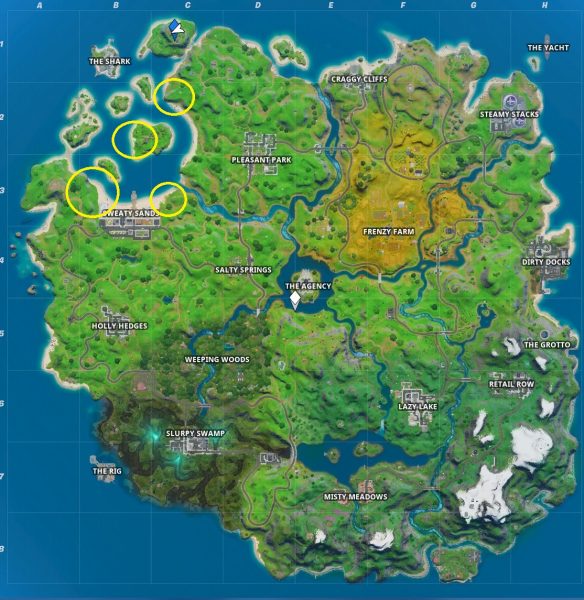 Once you’ve bounced on all five, you’ll receive the Astro Antidote spray. After that, you can head to The Yacht or Apres Skis and dance on the dancefloor for ten seconds.