The NPD has released its analysis for the month of March 2020, noting a 35% increase year-over-year across hardware, software, and accessories in the US.

For the month of March 2020, NPD reports software was up 34% to $739 million compared to March 2019. March tracked software spending reached its highest total for a March month since 2011 when it hit $787 million.

According to the NPD, it “achieved the third highest launch month” in physical dollar and unit sales of any Nintendo published game “in tracked history.”

Titles noted with an asterisk do not include digital sales.

Best-selling games by platform can be found in the images below. 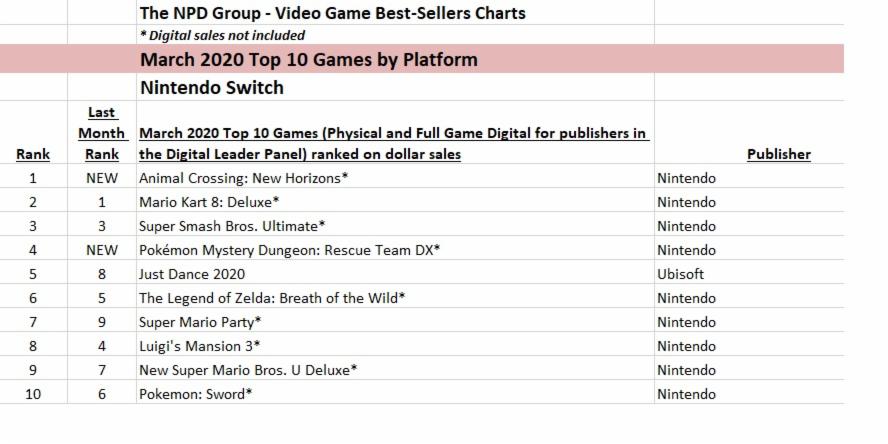 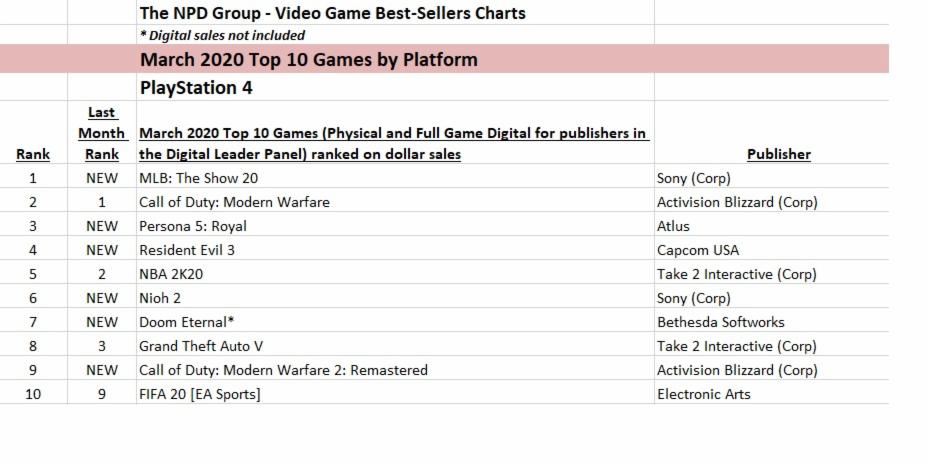 Hardware spending for the month saw a year-over-year increase of 63% to $461 million. Nintendo Switch hardware sales more than doubled year-over-year and set a record for a March month besting the console’s previous high during its March 2017 launch month. It also generated the “highest first-quarter unit sales for any hardware platform” since Nintendo DS released during the first quarter of 2010.

PlayStation 4 and Xbox One sales grew 25 % during March.

For the quarter, hardware spending was up 2% year-over-year to $773 million.

In accessories and Game Cards, total spending hit $397 million, up 12% year-over-year.  Spending reached a record high for acompared to the previous high in March 2008.

The Xbox One Ear Force Stealth 600 Wireless Headset from Turtle Beach was the best-selling headset for the month and the quarter.

Overall, March 2020 spending across the board was up 35% year-over-year to $1.6 billion. This is the highest reported spend for a March month since the $1.8 billion achieved in March 2008. Year to date, spending declined 4% to $3.0 billion, declining 4 percent when compared to a year ago.