“Alex,” Ghost mutters in the cinematic that introduces Modern Warfare’s third season. “Thought you were dead.”

We all did, in fact: players of Modern Warfare’s single-player campaign made their goodbyes to the charming CIA operative in the closing moments of the campaign. Yet there he is, standing astride the tower of Gunfight’s Rust map in Call of Duty: Modern Warfare Season 3, a move that would get you killed very quickly in 2v2.

Reassuring as it is to see his easy American smile and steady moustache again, perhaps Alex should have stayed dead. The new Infinity Ward’s shooters – the return to form that started with the underrated Infinite Warfare – are all about willing sacrifice, and it’s a shame to see their message undone for the sake of a multiplayer skin.

It’s fair to say the early Call of Duty games, for all the ground they broke in first-person storytelling, weren’t known for their nuanced character work. The camera tended to zoom out, telling stories of geopolitical strife and revenge wrought via intercontinental missile; a Greek tragedy of violence begetting violence. But since Infinity Ward rebuilt itself with a dose of Naughty Dog DNA, Call Of Duty has become a more intimate affair in which the principal cast can be seen to change and grow.

That change, and the theme of sacrifice, is best observed in Captain Reyes, protagonist of Infinite Warfare. Played with typical stoicism by campaign co-writer Brian Bloom – perhaps better known as BJ Blazkowicz – Reyes is a man struggling with terrible responsibility.

As the game opens, Earth’s combined defence fleet is crippled by a surprise attack from a separatist faction based on Mars – a daft conceit played straight, to surprisingly powerful effect. Faced with the prospect of losing the planet, Reyes’ commander orders a desperate ramming manoeuvre, damaging the Martian flagship and ending the battle in the process. The move buys Earth time to patch wounds and counterattack, but at terrible cost – hundreds of the friendly ship’s crew members die in the collision. 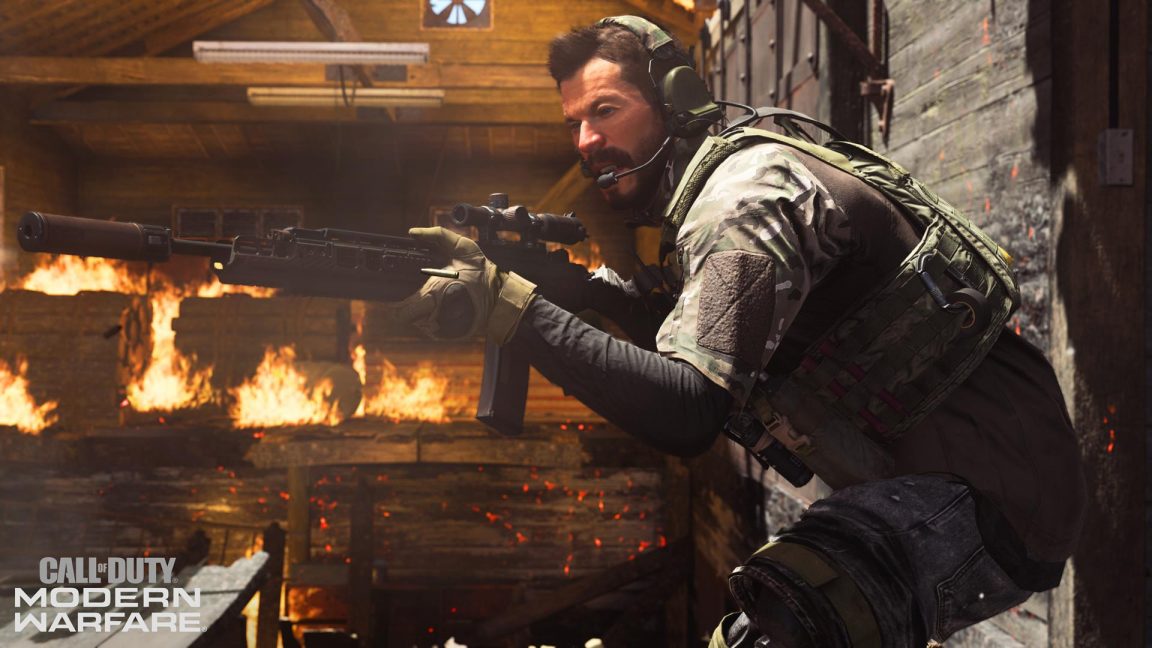 In the aftermath, our hero storms to the command deck to hold the captain to account for his decision, only to discover that his superior officer is toast too. Reyes is promoted on the spot, and the rest of the game is dedicated to filling those enormous space boots. By the end of the campaign, Reyes has to come to terms with not just sacrificing himself – as all soldiers do – but the thousands of others under his command. It’s a mental gulf bigger than any jump across the Solar System, and yet he must cross it.

He’s helped in the process by Mac, the ship’s chief engineer. Mac once commanded her own ship, we’re told, but couldn’t live with the prospect of sacrificing her crew for the sake of the mission. Yet she understands the value of that sacrifice.

“Look, the strength of the pack is in all the wolves, Captain,” she tells him. “All in, no matter the cost. They were ready. Now if you don’t have the will to make that kind of choice, then like me, you have no place being in command.” 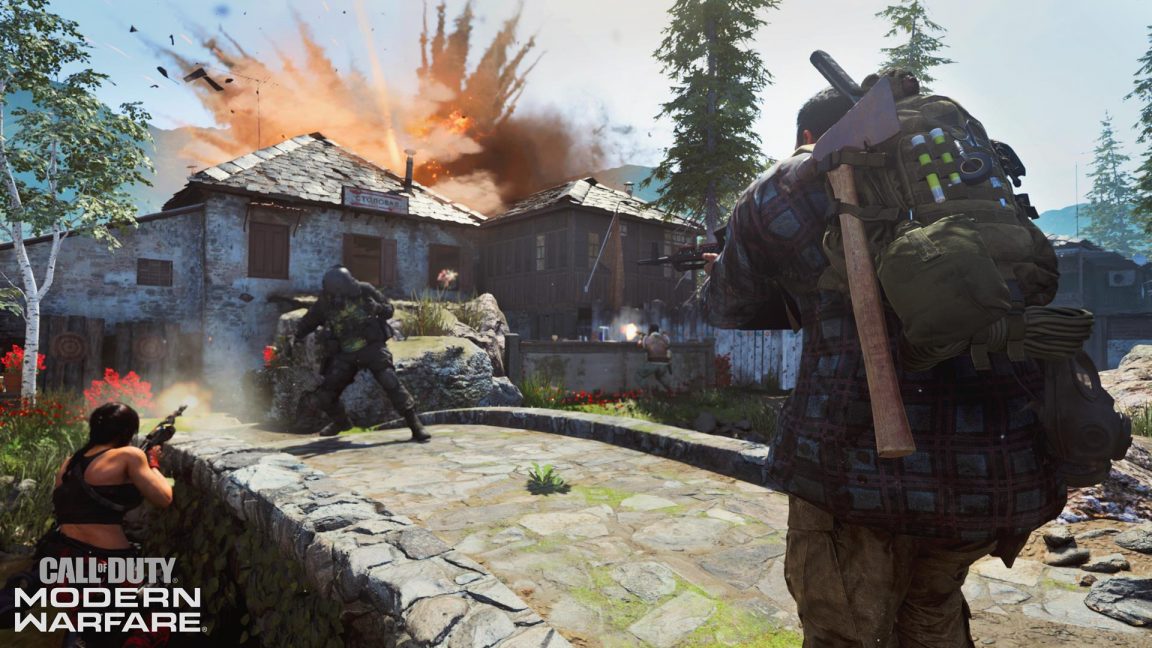 The story of the new Call of Duty: Modern Warfare is very different – not least because it’s split between multiple protagonists – yet it returns to sacrifice again and again. For new SAS recruit Kyle Garrick, the cost is moral; the question whether he can live with the things he does in the shadows for the sake of Londoners sleeping soundly back home. For rebel leader Farah, the price is family; the knowledge that compromising her principles for the sake of her brother will take her down the path to indiscriminate terrorism.

The game’s final protagonist, Alex, is a peculiar case. An operative for the CIA, he begins the game with no principles: his job is to enforce the will of US intelligence, working with whichever unsavoury force serves the country’s interests abroad. Over the course of the game, however, he comes to admire Farah’s conviction, eventually defying orders by joining her army once it’s reclassified as a terrorist organisation.

Ultimately, when Alex is given an opportunity to sacrifice himself for Farah’s cause, he seizes it with both hands. Like the soldiers under Reyes’ command, he’s eager to go to a meaningful death. “I’ve been on assignment my whole life,” he says. “This is one I believe in. Give me the order.” 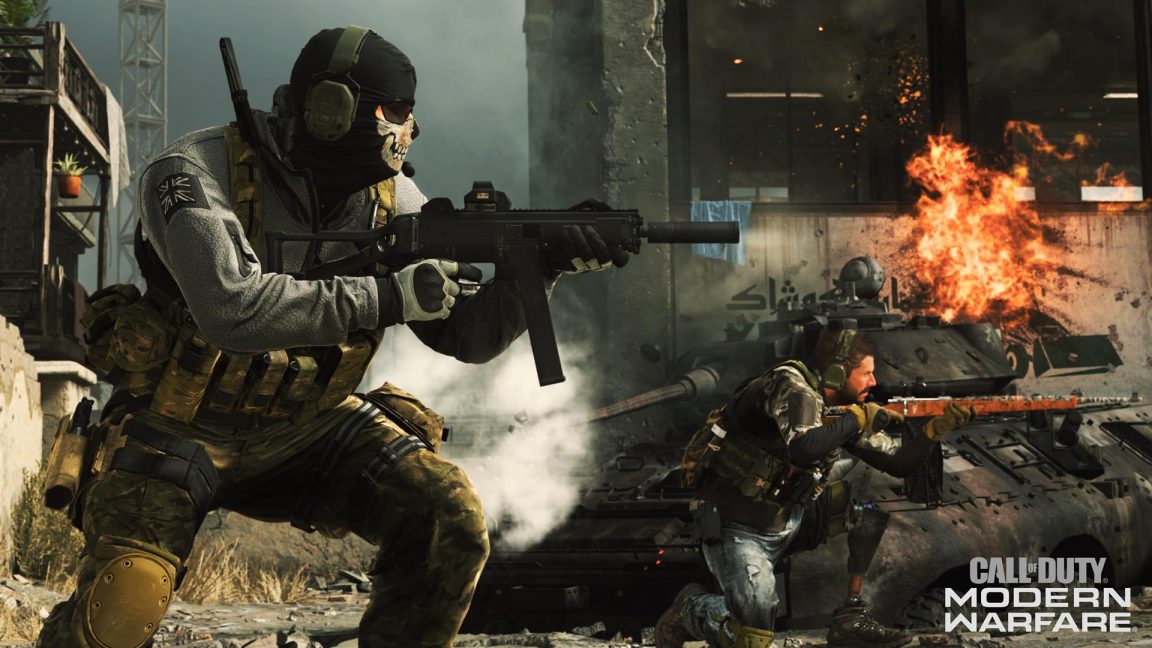 It’s hard to imagine that, when Infinity Ward wrote that line, they intended Alex to sell a battle pass six months later. In another game it might not matter, but the studio has insisted in folding multiplayer into the overarching story of Modern Warfare. And so canonically, Alex is now alive again.

Though his face is welcome in Warzone, and his new prosthetic leg a much-needed touch of diversity in a roster dominated by identikit military blokes, I’m sorry to see Alex’s sacrifice unmade. The themes of the campaign have lost a little of their resonance in the process.