Now that there are NPCs in Fallout 76, there’s more of a reason to revisit early game areas like the Tyler County Fairgrounds.

This location features prominently in the Hunter for Hire quest which dropped with the new Wastelanders DLC. However, there’s another (supposedly) quick challenge which pops when you walk through the turnstiles: find Jangles lost at the fair. 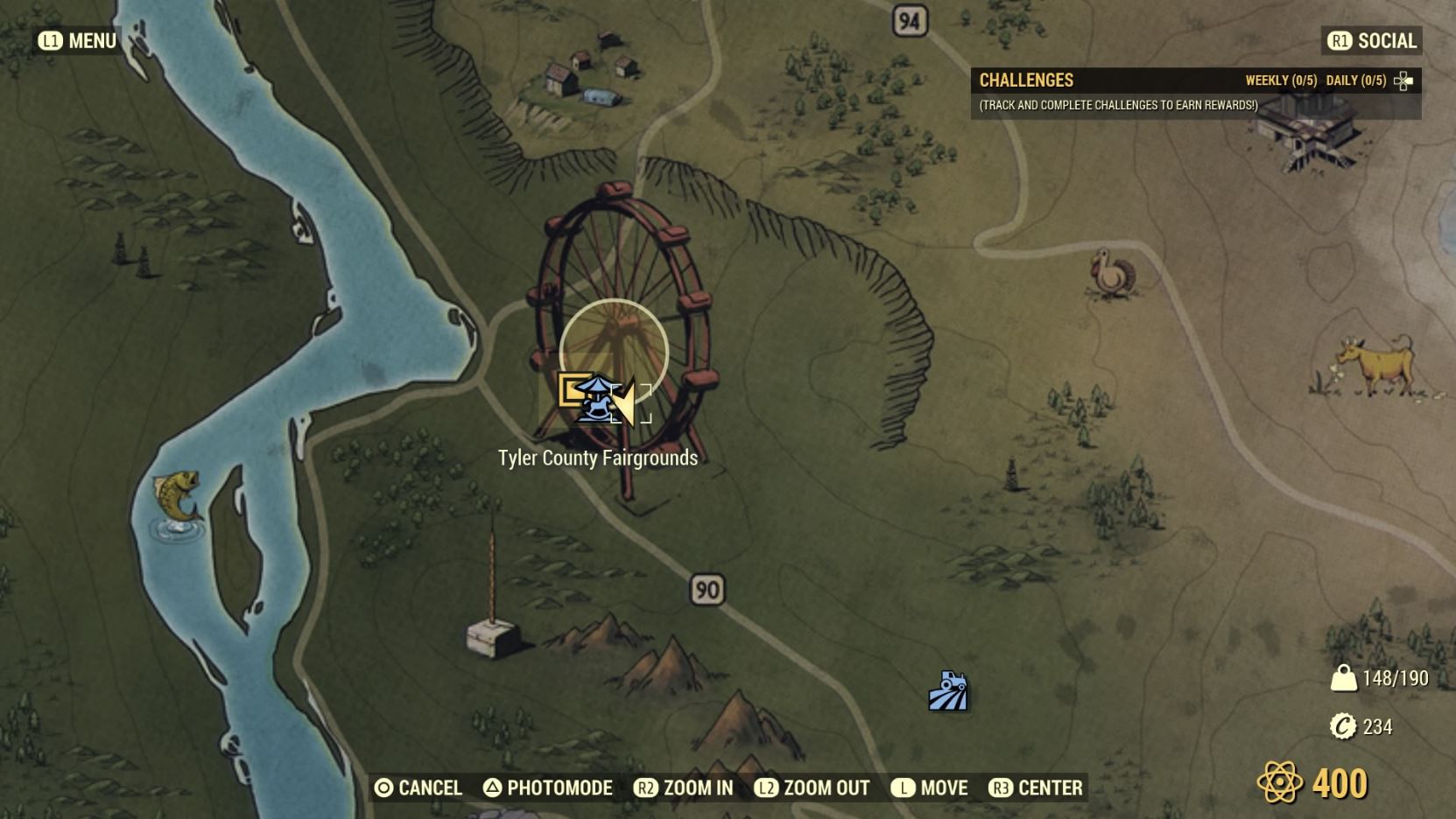 Jangles the Moon Monkey is an absolutely not at all terrifying plush friend you can find throughout Fallout 4 and Fallout 76. Usually he’s good for disassembling into materials or for decorating your C.A.M.P, but this time he can net you a few caps and some XP too.

While the Scorched that litter the Tyler County Fairgrounds aren’t too much trouble, it’s still a bit of a bind trying to find the lost Jangles – here’s where to snag it.

Fallout 76 – Where to find the Jangles lost at the fair

In the centre of the fairgrounds, there’s a drinks stand with a barbeque, ice boxes, and drinks fountain. 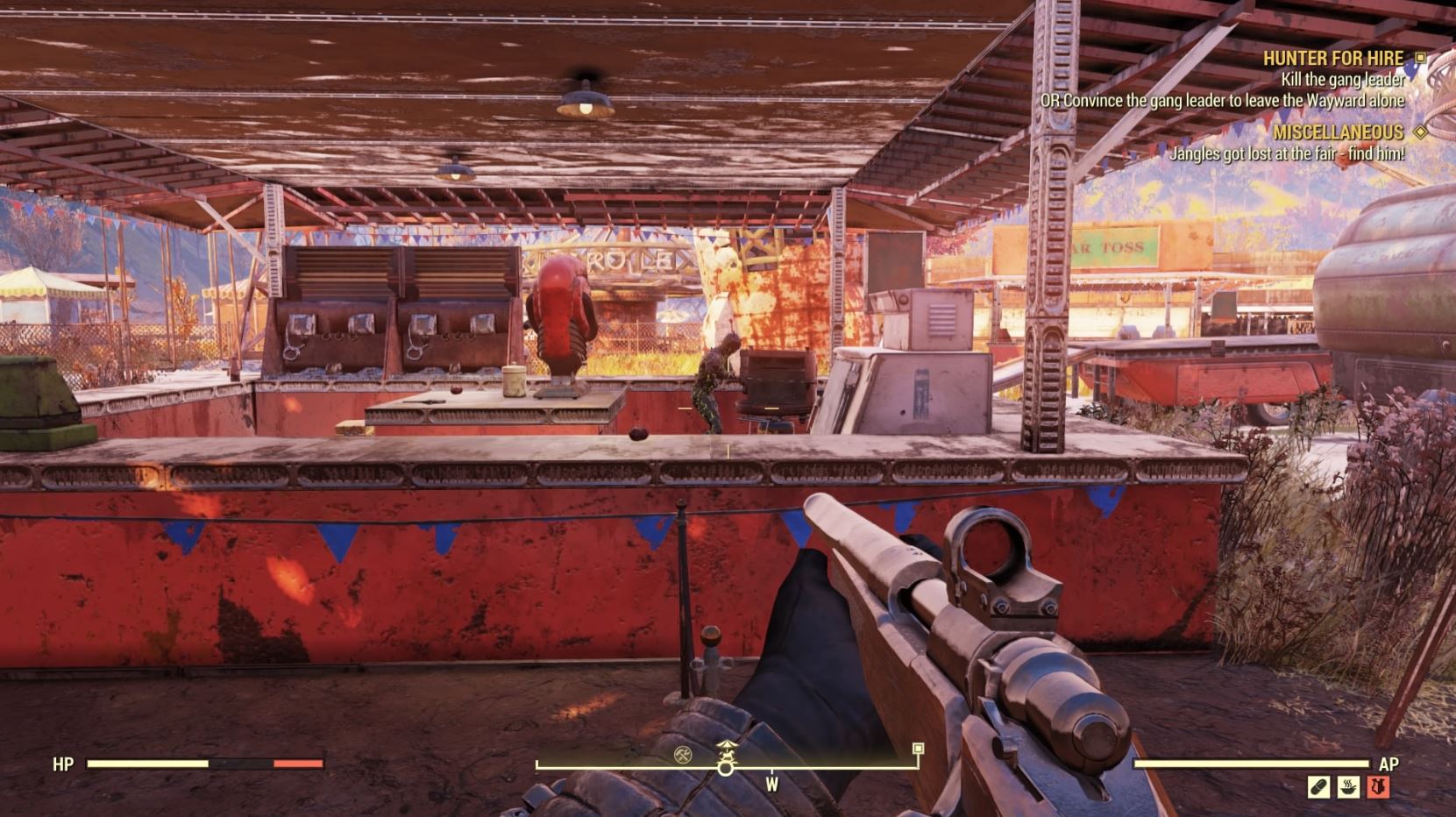 It’s next to the flatbed trailer and rusted out rocket ship.

Coming from the south, the ferris wheel is to your right and Far Toss is in front of you.

There’s also a petrified body standing cooking at the barbeque.

Jump over the counter of the drinks stand and you’ll find the Jangles stuffed next to the ice box on your right. 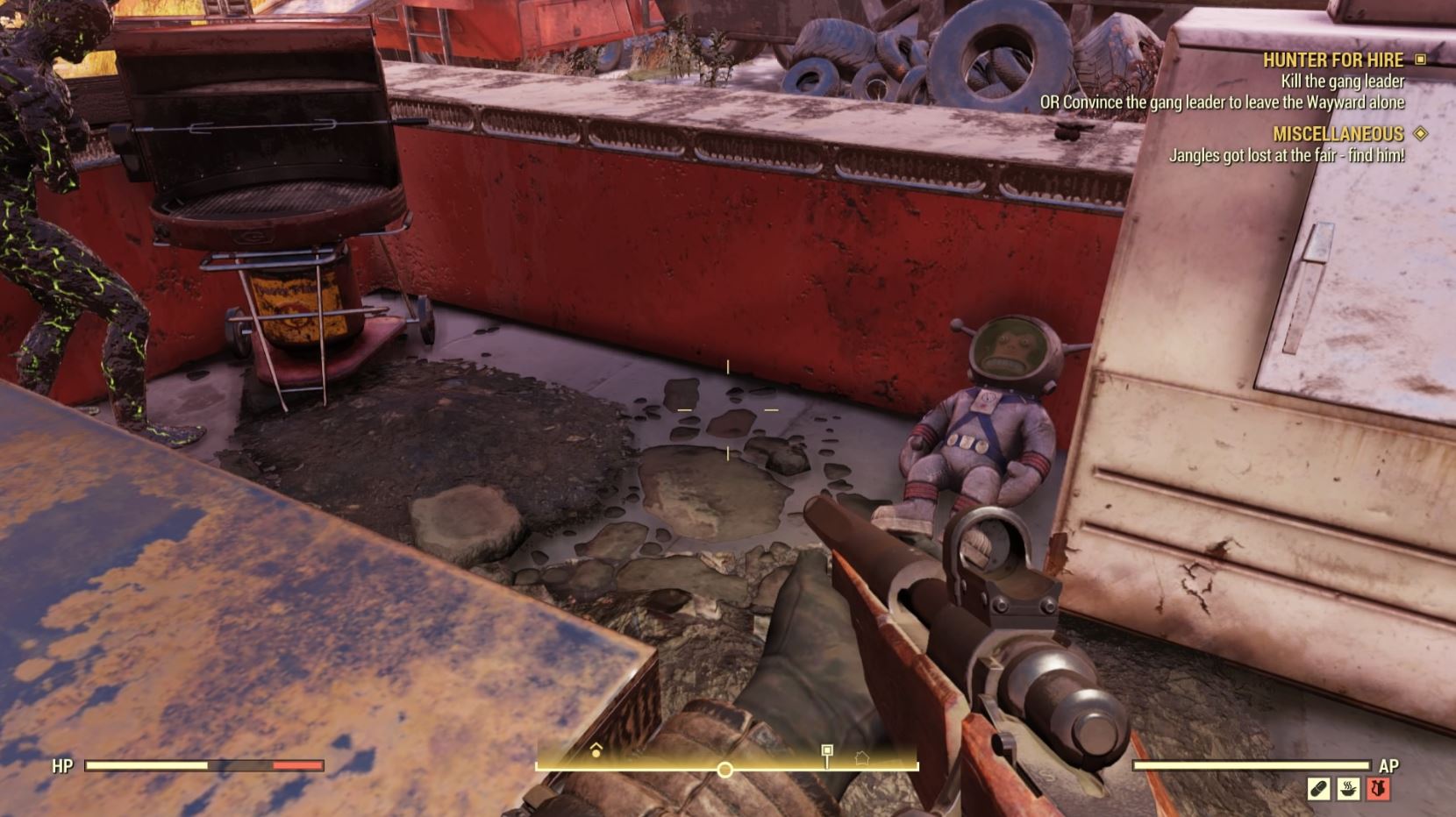 Grabbing him completes the challenge and nets you the reward – simple as that. And you don’t have to traipse around the rides anymore – although you may want to grab the unique Commie Whacker weapon from the nearby whack-a-mole game as a souvenir.

If you’re completing this on your way back from the Hunter for Hire quest – on your way to the Strength in Numbers quest – then we have pages on how to complete both of those missions too!