It might not be the most glamorous position on the pitch, but a solid defence is vital to footballing success. Here are some of the best FIFA 20 defenders, including left and right backs as well as centre backs. 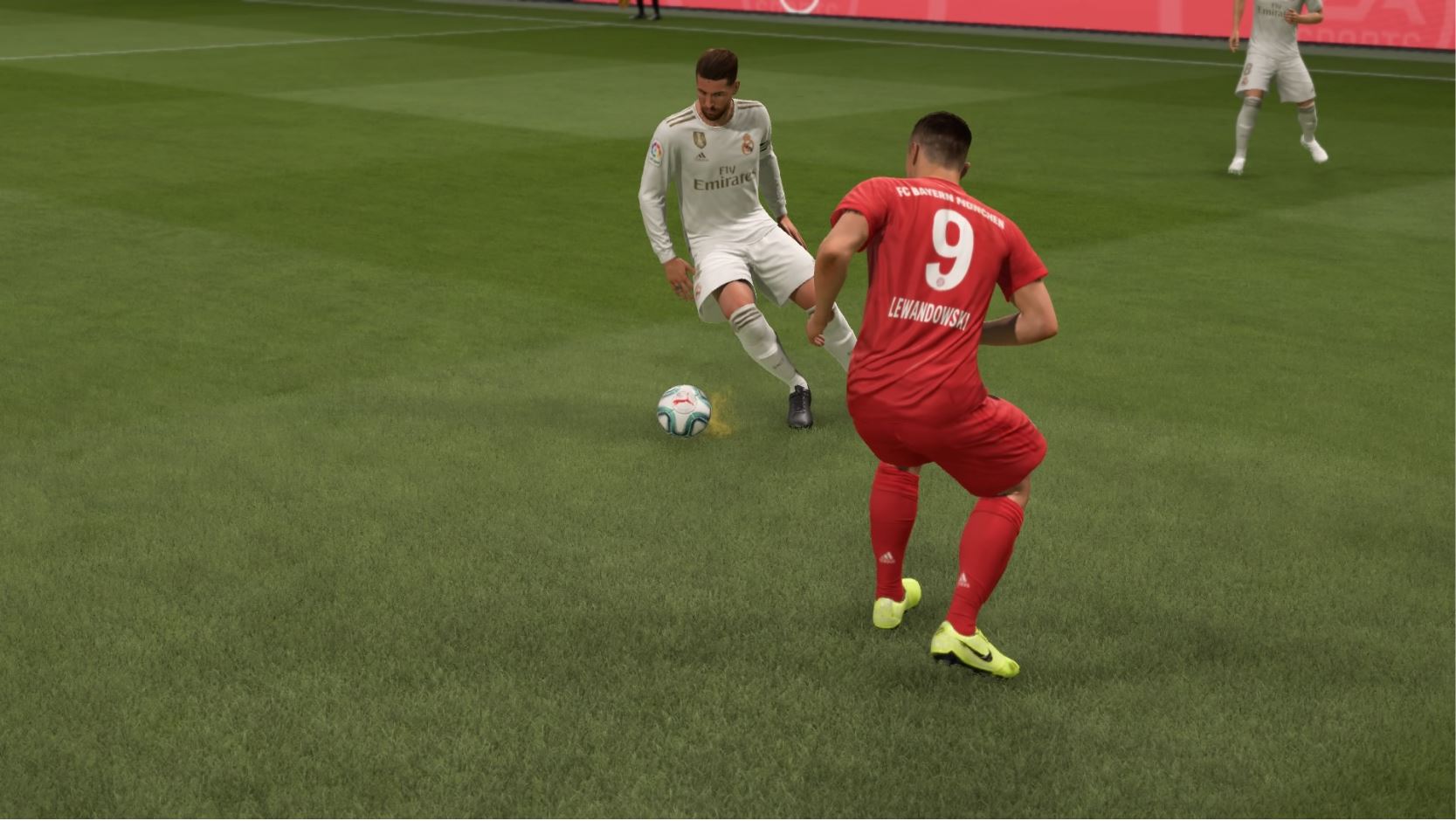 While the skill sets required are vastly different, players with the set positions of CB, LB, RB, LWB, and RWB are grouped as defenders, so we’ll include them all in these lists.

We’ve taken another look back at our suggestions after a few ratings tweaks and the January transfer window – but most remain intact.

First, we’ll start with the highest overall defenders in FIFA 20, just so you have an idea of the best-of-the-best. Then we’ll take a look and some more interesting pickups for you to try, since you’ve probably already heard of the likes of Sergio Ramos and Virgil van Dijk.

Thanks to the new tackling animations in FIFA 20, top defenders seem to take the ball away from skilful attackers more smoothly, but you’ll still need to time it right to retain possession.

And while athleticism is most important for full backs, pace is still vitally important for the strongest central defenders to keep up with this year’s pacey attackers.

If you would prefer to search out your own players, SoFIFA is a quality resource for data.

Here is a list of the highest overall defenders in FIFA 20. It’s no surprise that the imperious VVD tops the list after Liverpool’s stellar season, but old heroes (and villains) like Marcelo, Sergio Ramos, Pique, and Thiago Silva are still going strong.

Many of the world’s best defenders are nearing the end of their illustrious careers, which doesn’t really fit with a road to glory career mode. Here are a few ideas for players to pick up with different clubs with all kinds of budgets:

Either one of this Leipzig pair are great to add to your squad in any top-tier career mode. They’re both tall, fast, strong, and decent on the ball. After a quality first half of the season, Upamecano has overtaken Konate in terms of starting overall, but they both have the similarly high potential.

Moving across to Dortmund, Manuel Akanji is another great young centre back with tons of room to grow. He’s a solid, if expensive, buy for any big club across europe. It’s not the most realistic signing after the sale of Diallo in the summer, but a fun one nonetheless.

Sticking in Germany once again, Jonathan Tah has long been courted by top clubs after years of solid performances for Leverkusen. While he’s had a tougher time for his national team, those wobbles haven’t been transferred to his in-game stats, which are great across the board.

I just love when tricky wingers start playing at the back and get huge buffs to their defending stats. With tackling in the high 70s, 5 star weak foot, 4 star skills, and all sorts of technicals in the high 80s, Jesus Corona is a whole lot of fun to play with – but will cost you.

For a cheaper right back option with pace to burn and room to grow, look no further than American talent, Reggie Cannon. He gets points for having an amazing name too.

Lucas Digne has gone from strength to strength at Everton, and looks ready to make the step up. While he isn’t the quickest full back, Digne has quality technical stats, good stamina, and a good balance of defensive abilities. For the record, it’s pronounced “Loo-ka Deen”, not “Loo-kas Dig-nay”.

Yet another Germany-based duo, the Eintracht wing backs were vital in their sucessful seasons under Niko Kovac and Adi Hutter, and would be a solid addition to top and middle tier teams. They’re not the best defenders based on their tackling stats, but both have incredible stamina, good pace, and can carry the ball well – which is vital in FIFA 20.

The future of Portugal’s back line, Ruben Dias already has strong physicals and a good standing tackle. With a potential of 86 his best years are yet to come, and he’d suit a variety of top clubs.

For a slightly cheaper option from Benfica, check out Ferro. He’s slow as molasses, but has a potential of 87 and already decent physical, technical, and the all-important defensive stats.

Greece seems to have a way with producing quality central defenders. If you’re looking for a marquee defensive signing with a middling team that has a high ceiling, then Retsos is one to consider. At least until Sheffield United acquired him in January – he’s no longer available in the first season.

A much cheaper option from Germany is Josha Vagnoman, who has great pace and can play on either flank with a 4 star weak foot. If you’re also short-staffed in the middle, he’s 6ft 2” and has strength in the mid 70s.

Another cheap option is Benoit Badiashile from Monaco. Despite poor pace, he’s strong and has okay defensive stats to start work with. Badiashile has a potential of 85 though, and can be picked up without breaking the bank. With training he can turn into a really classy defender with good physical presence.

For even smaller budgets, consider another Monaco youngster, Jonathan Panzo. His potential is one lower than Badiashile, but his starting value is almost half. You’ll have to train his stamina to make him more usable, but he’s left-footed, which makes him an interesting option for the left centre back role in a lower league defense.

If your defensive holes are bigger than your bank balance, then Ki-Jana Hoever is a versatile, high-potential defender that can be had for a cheap fee. He’s got enough height to be useful in the middle, and decent pace and defending stats.

Nathan Collins is great for a lower league career mode, since his starting overall and price are low but he’s got lots of room to improve. At 6 foot 4, he’s got the height to deal with crosses from the start, along with passable stamina and strength for a young player.

If you’re after young players all over the pitch, take a look at our list of the best FIFA 20 Wonderkids here.

Or if it’s fire power you’re after, here’s our list of the best strikers in FIFA 20.