In the new lovecraftian Guns, Love and Tentacles Borderlands 3 DLC, the creepy proprietor of The Lodge, Mancubus Bloodtooth, steals the show. As you make your way through the main quest, and complete a couple of spooky side missions too, Mancubus gives you the task of silencing powerful Eldritch Statues across Xylourgos.

These Eldritch Statues have both bark and bite – you’ll need to keep your wits about you to take them down. Their beam attacks are very powerful, so try hiding around a corner and throwing grenades or using a weapon that fires projectiles so you can pop out and get damage in quickly.

You’ll find these terrible creations all throughout your journey – up until the last area of the whole DLC.

There are four to track down in total. Here’s where you can find them all!

Over on the right-hand side of the Dustbound Archives, near the Forbidden Stacks, you’ll find the first Eldritch Statue: Jerik – the lord of paper cuts and lemon juice. 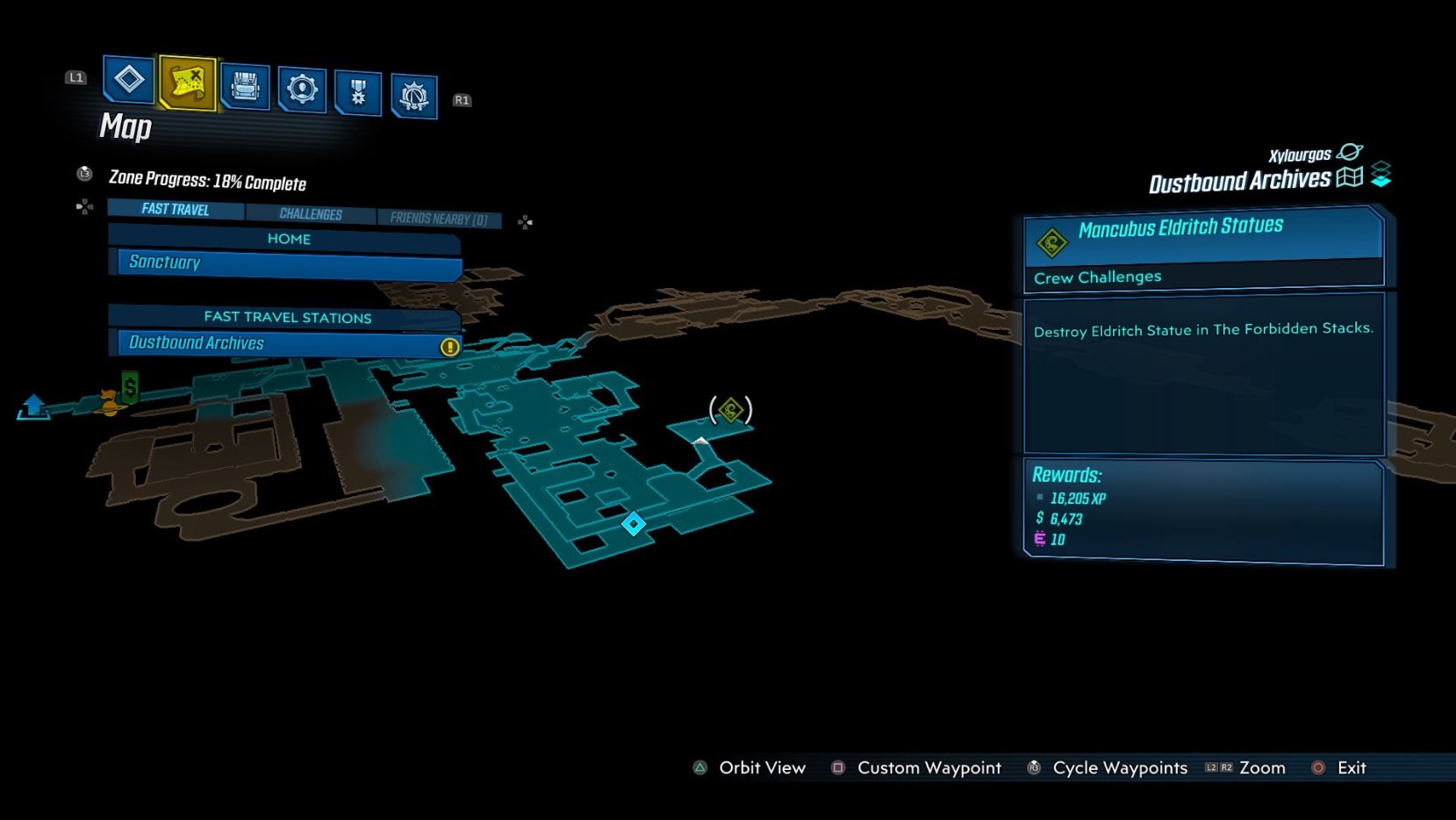 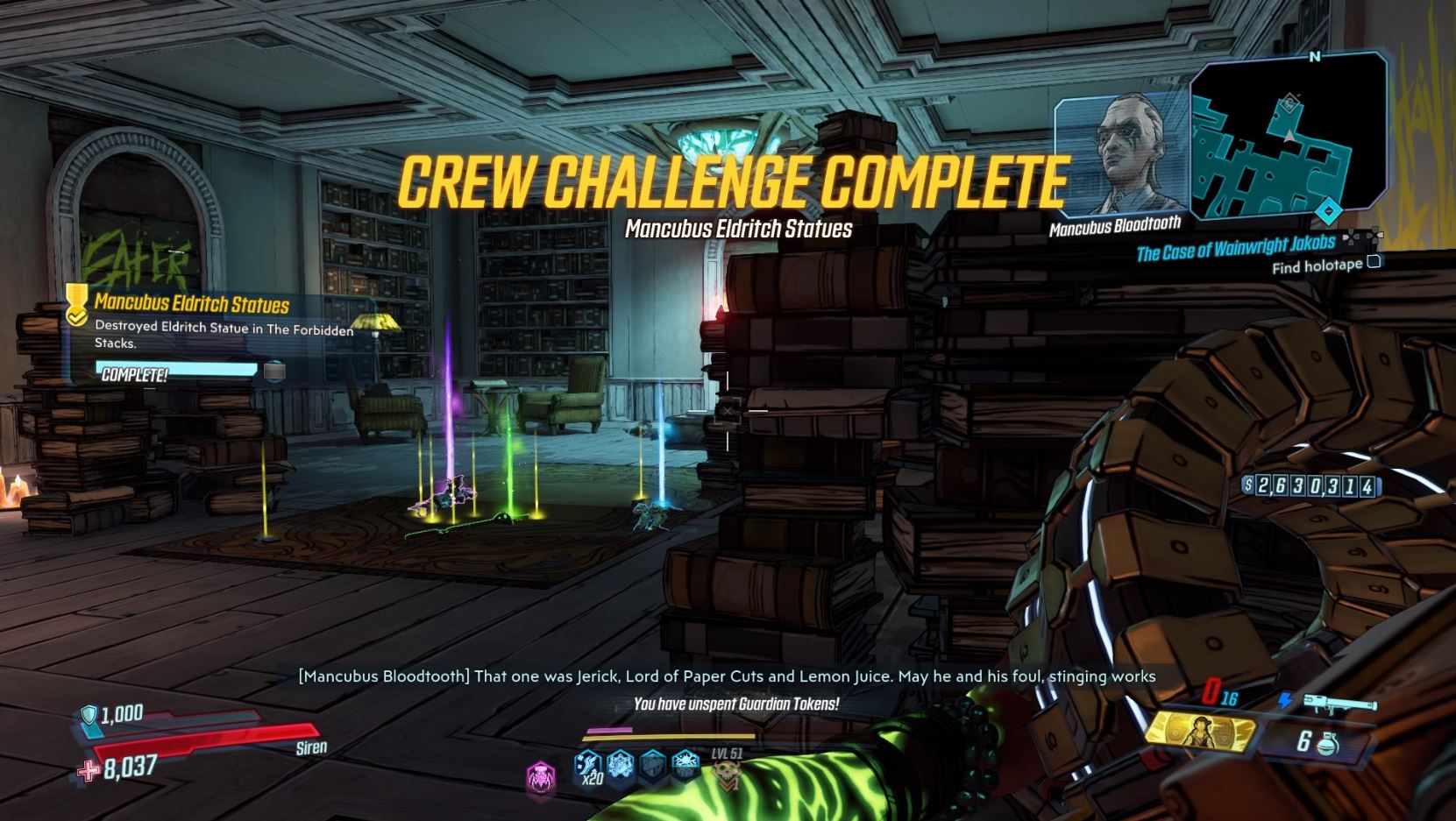 Next up, the Eldritch Statue in The Cankerwood is found on a side-path when you split up from Hammerlock before you go into the mushroom refinery. Head over to the right instead of inside the factory. 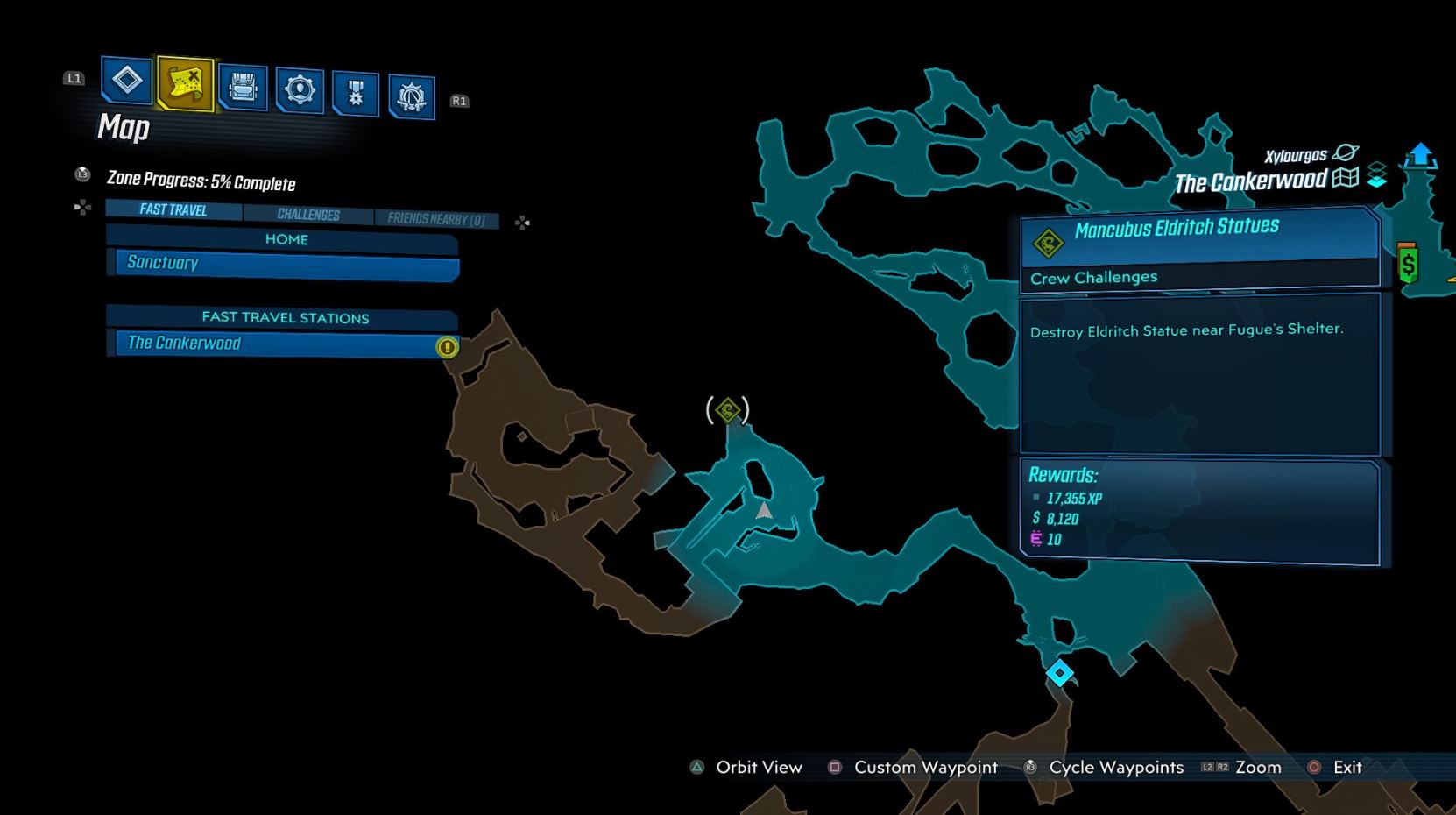 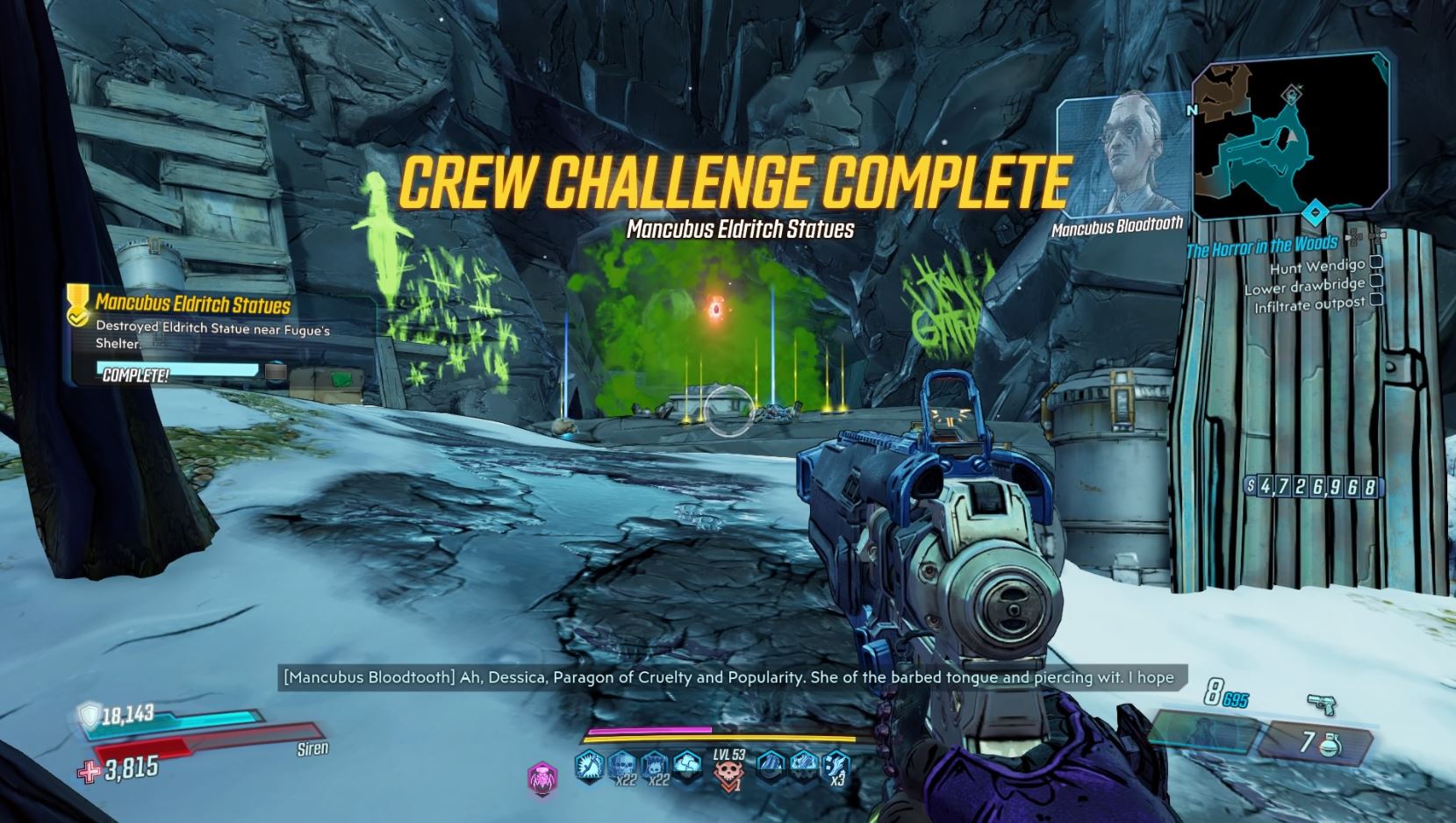 When you’re trying to open the gate to the old Dahl ship facility, there’s a hidden passage off to the left-hand side. Jump up there, walk along the path, and you’ll find the hidden Eldritch Statue. 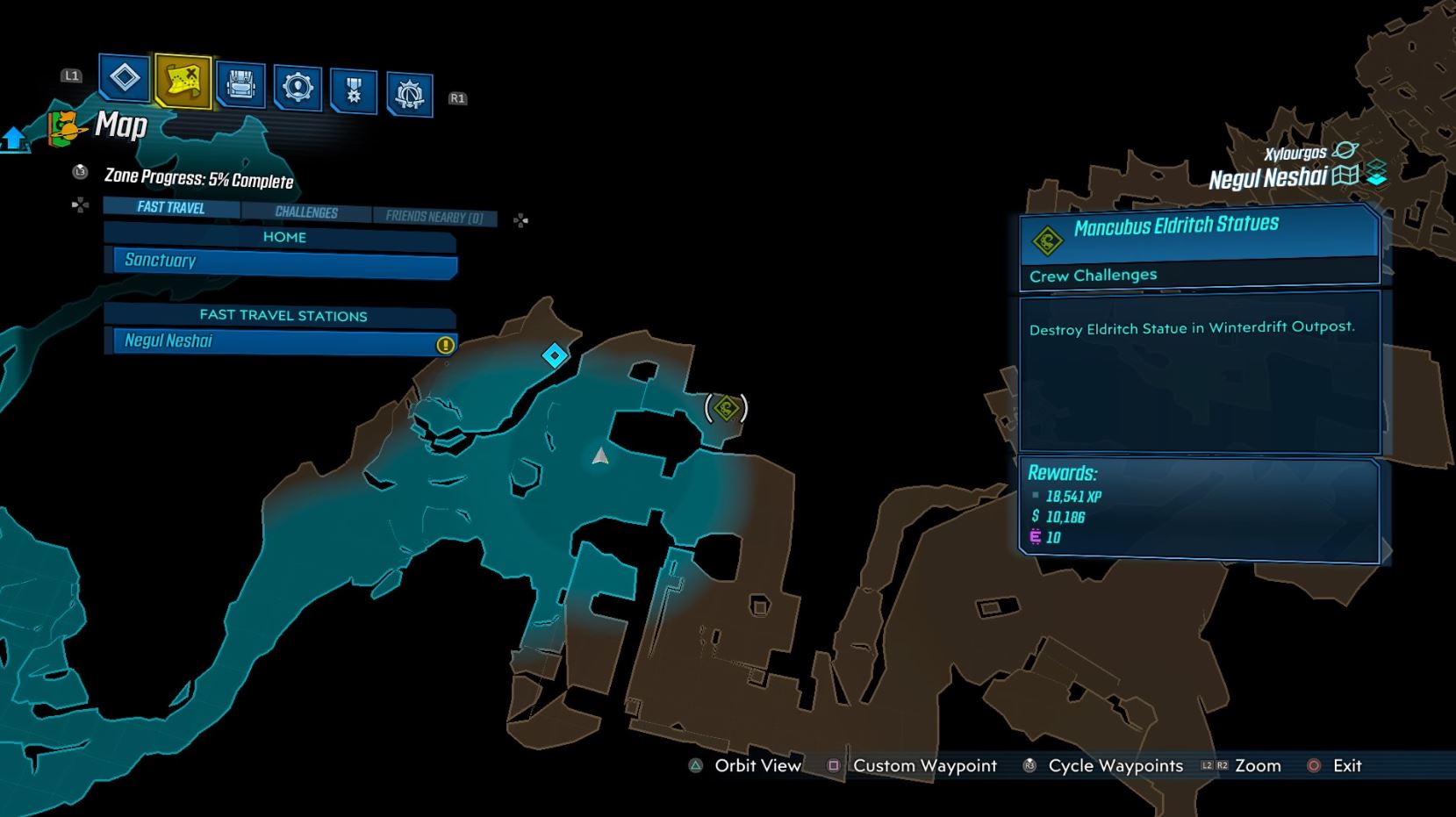 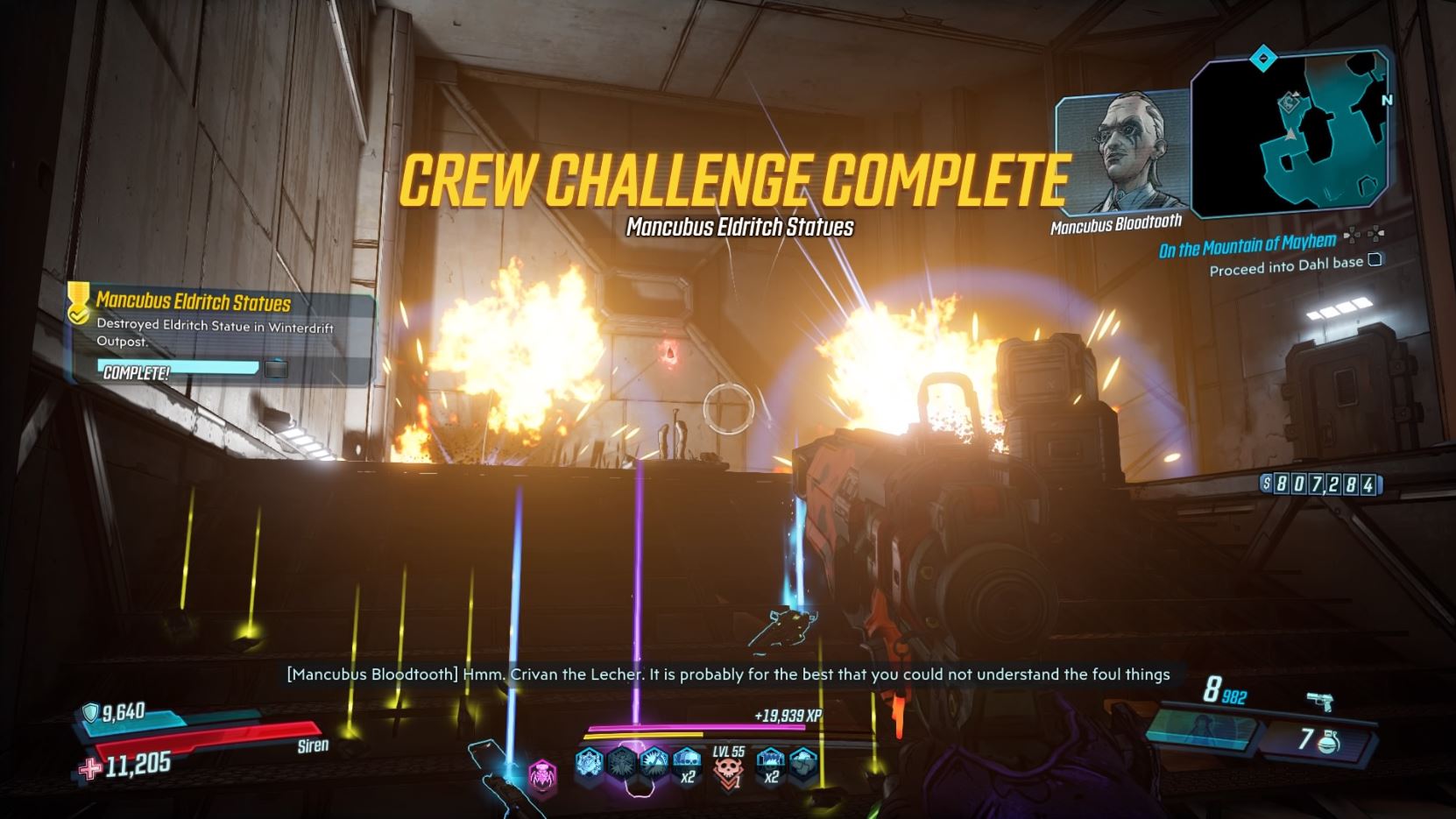 This one is probably the most difficult Eldritch Statue to reach. It’s up on the third level of Gythian’s Chancel towards the end of the Heart’s Desire area. What you need to do is ride the elevator up as if you were continuing through to the next part of the area, then jump back down to reach the statue. 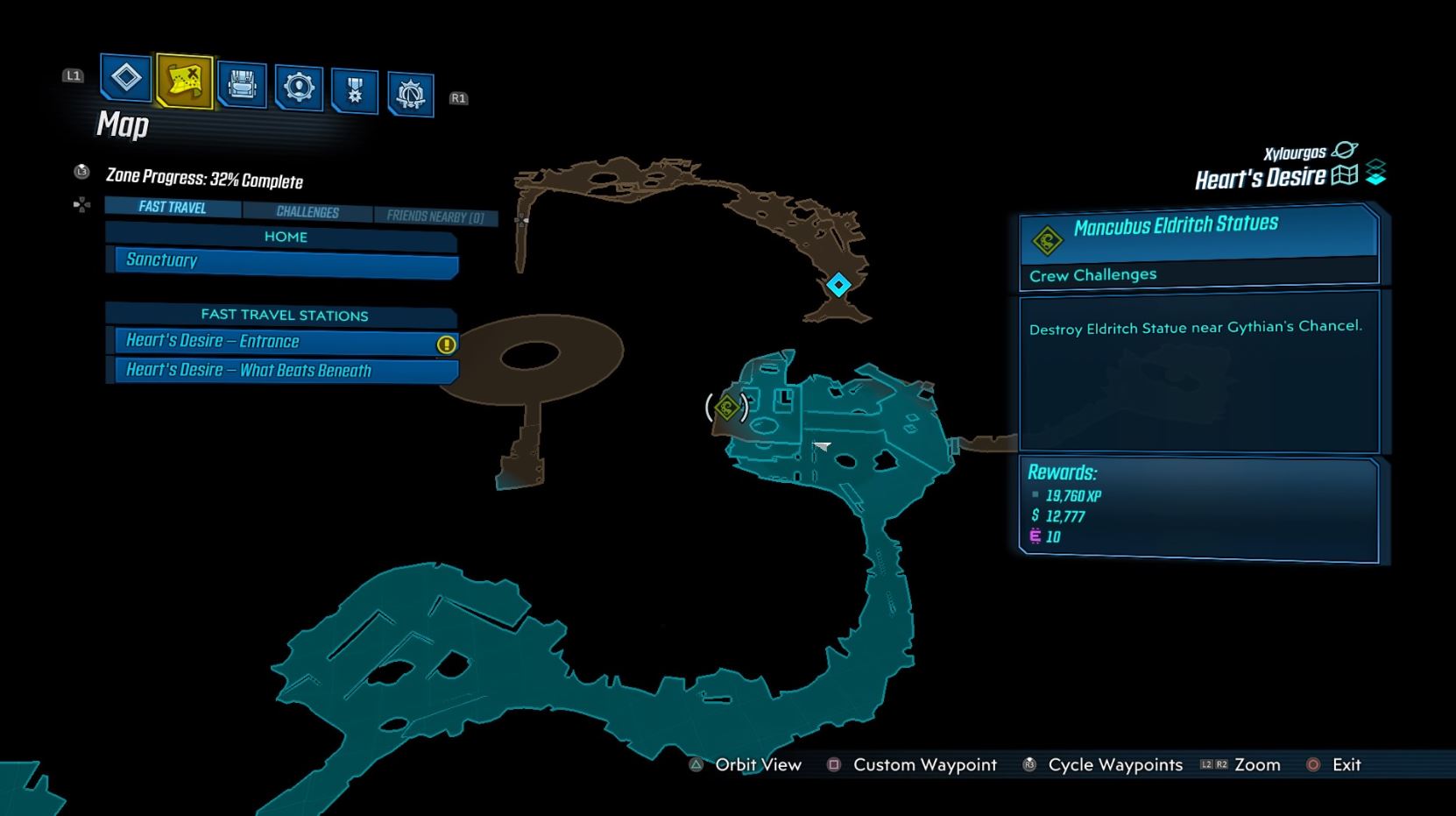 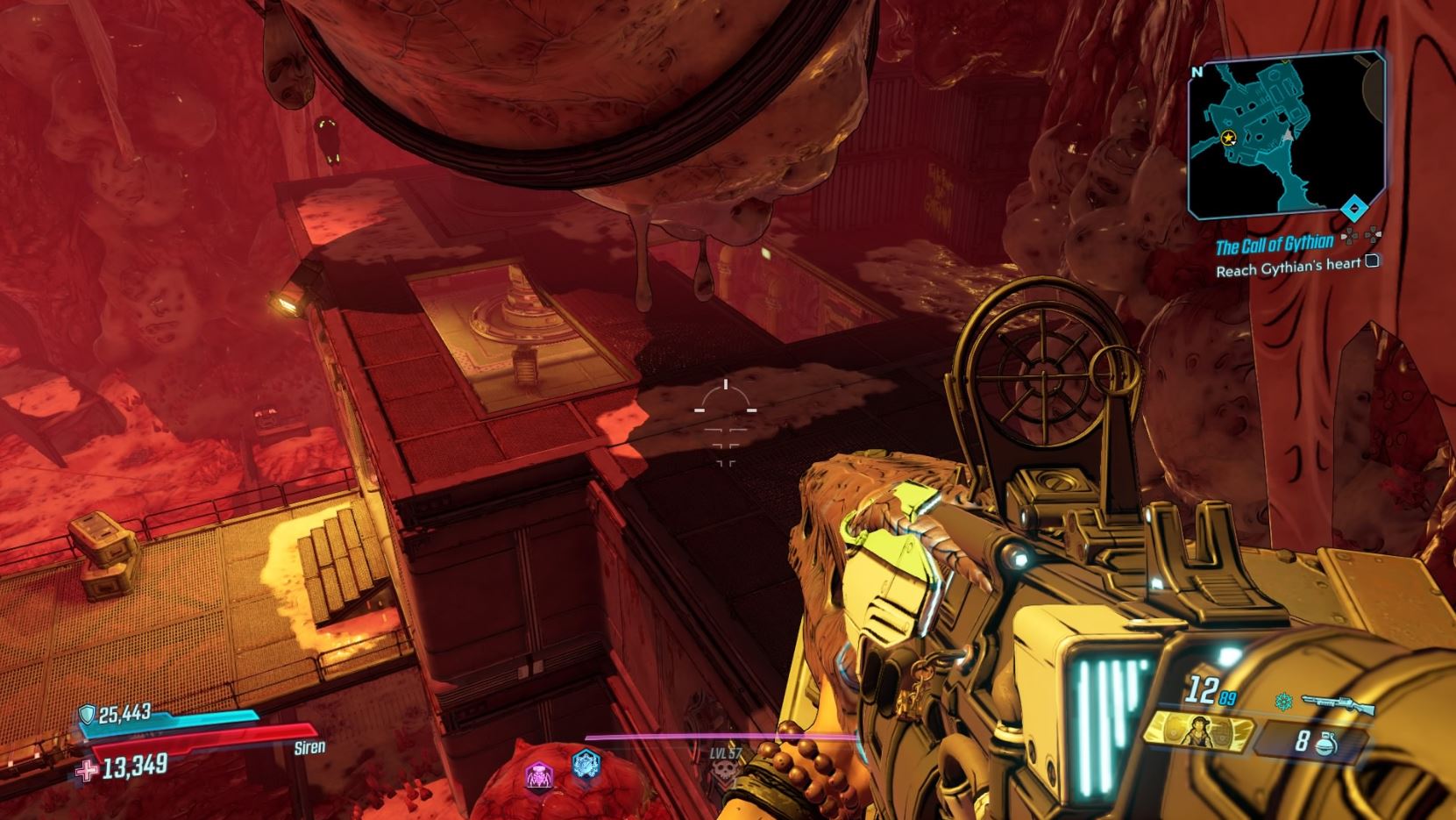 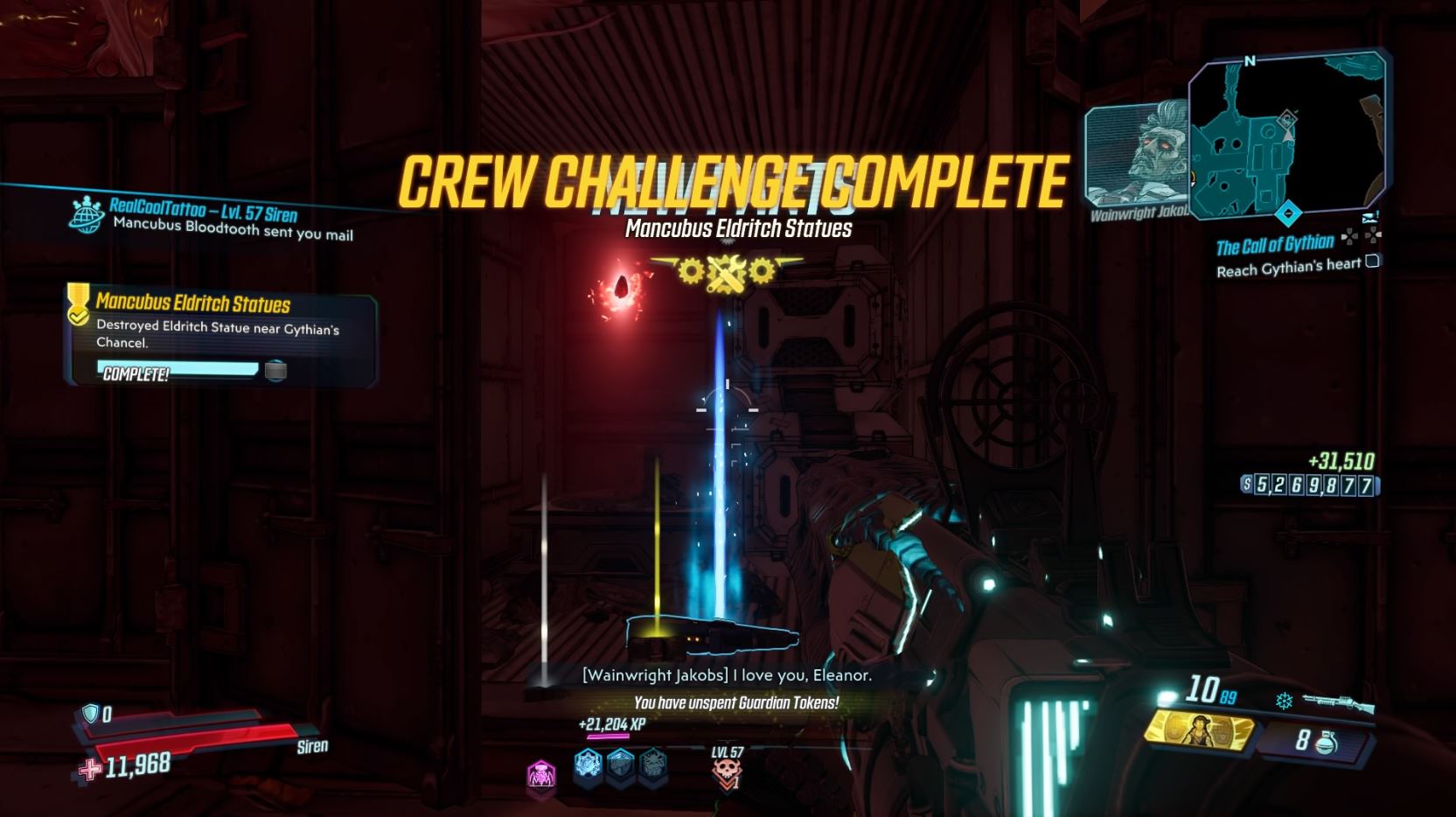 Your reward for finding all of the Eldritch Statues – just like the Wedding Presents – is a decoration for your private quarters aboard the Sanctuary 3.

For more on Guns, Love and Tentacles, here’s how to beat the Empowered Scholar.