The Legend of Heroes: Trails of Cold Steel 4 is heading west this fall on PS4, and next year on PC and Switch.

NIS America has announced The Legend of Heroes: Trails of Cold Steel 4 will be released in Europe and North America this fall on PS4.

PC and Switch users will be able to get their hands on the game in 2021 (thanks, Gematsu).

Alongside the release windows, two editions of the game were announced.

One is the Frontline Edition ($59.99) which comes with a copy of the game with reversible box art, an art book titled The Black Records, and the Echoes of Erebonia soundtrack CD. A digital-only soundtrack will be included with the Switch version.

The second is a Limited Edition ($99.99) for PS4 and Switch. It contains the following inside of a collector’s box: a copy of the game, the Twilight Resonance one-disc soundtrack, a hardcover version of The Complete Black Records art book, the Ashen Awakener SteelBook, the Daybreak cloth poster, and seven art cards. 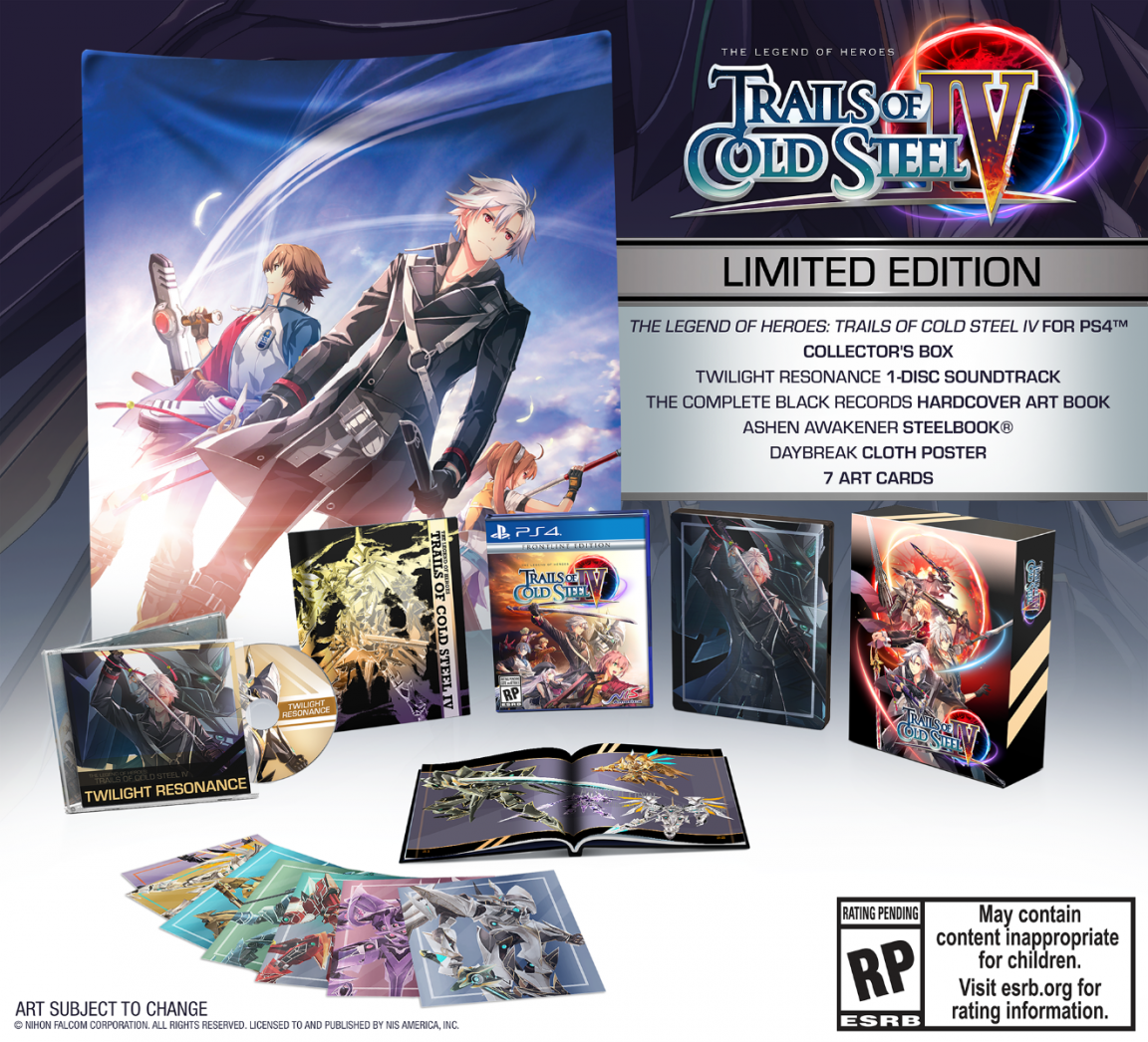