Call of Duty: Warzone battle royale suffers by neglecting a key pillar of the genre.

Call of Duty: Warzone is a special kind of battle royale. It innovates and introduces new mechanics, sure, but the way it takes down and repurposes core battle royale tenets is what makes it interesting. For better or worse, those same ideas also end up stripping it of much of the depth found in Blackout, Apex Legends and PUBG.

I’ve always considered battle royale to be a game of two halves. There’s the survival side, and the drive to stay ahead of everyone else. Whether through brute force, skill or a footprint light enough to elude the best hunters, you do what you can to be the last person standing. The shrinking playzone is a way to facilitate that, to create a sort of timeline in motion with key progression cues.

Then there’s vertical progression: the power and loot game. Players are given more agency here compared to survival, but everyone is always on the lookout for a better weapon, a higher-zoom sight, or just a few more healing items. You often don’t get the optimal build in a battle royale match, but more importantly, there’s rarely a clear path towards obtaining it. Whether you luck into the rarest weapons or survive by hiding in bathrooms with a shotgun trained at the door, the two halves of battle royale are never absent. Their presence looms over every decision you make.

The power game is naturally the more exciting part of battle royale, in part because it’s harder for it to organically come into being every match. Any battle royale game can have a play zone that gets smaller every few minutes, but only through meticulous balancing do the good ones lightly nudge players into participating in that process. 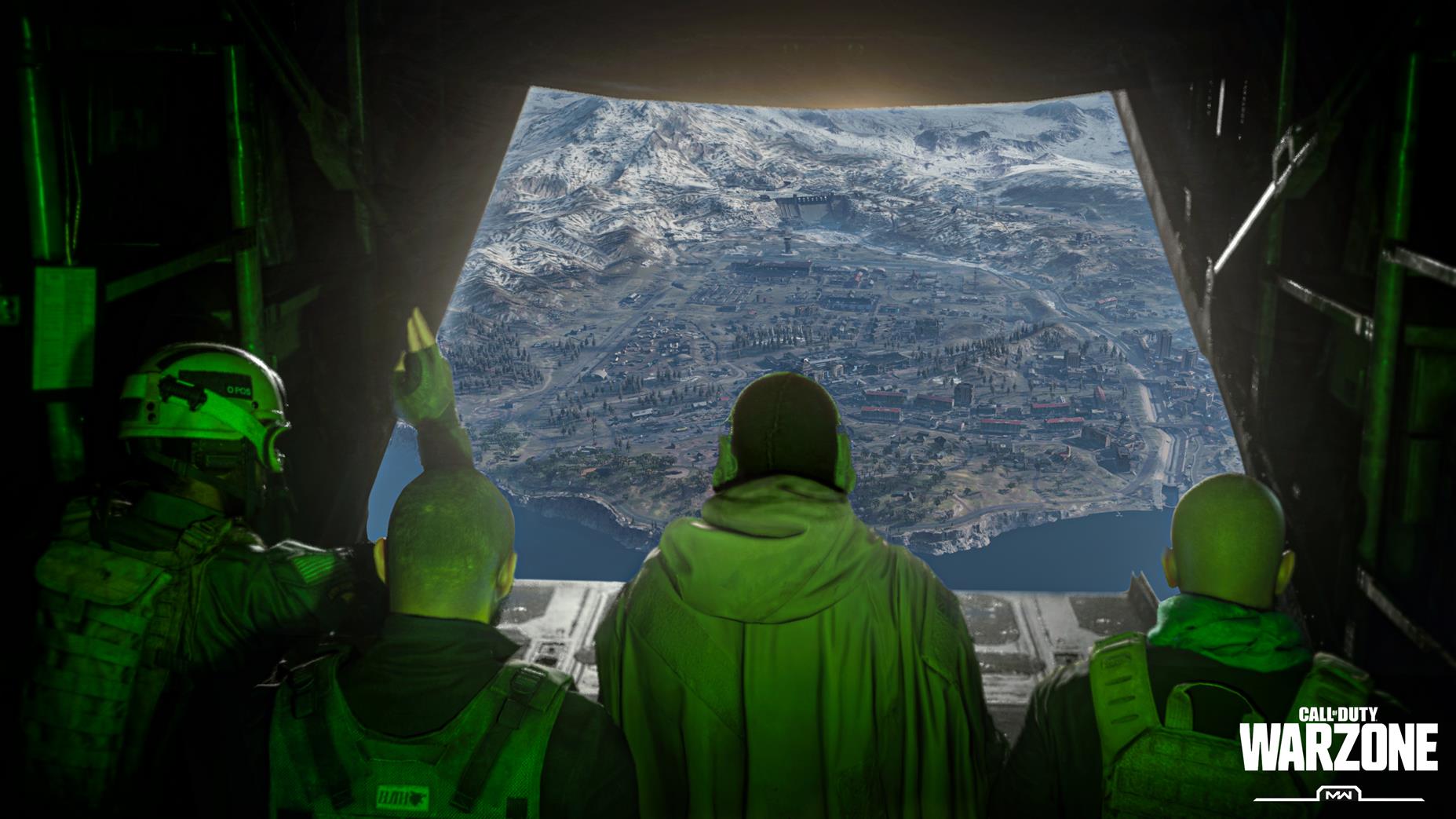 At a fundamental level, Warzone is not a game about the hunt for power, it’s a game about buying it. Cash is not just the currency of Warzone, it’s the through line that holds all of its different components together. With cash, you can ease off the bite of circle progression, get intel on the whereabouts of your opponents, stack up your own defences with killstreaks and armour – and best of all, acquire your optimal weapon build every time.

Cash is not a side mechanic, it is the only mechanic.

On the whole, this makes matches more predictable, because as soon as you optimise your path to earning – say, $10,000 – it doesn’t matter where you drop, what guns you pick up, or even where you choose to settle down in the mid-game. Sure, you can moan about RNG and bad runs, but predictability is the antithesis of battle royale. The more control introduced into the experience the closer it gets to a standard first-person multiplayer mode.

Beyond making the most interesting part of a battle royale match stale, cash also removes the need to explore the map or attack other players. For as much as Infinity Ward and co. wanted to emphasise the action in this one, the smart play is to absolutely avoid it. Avoiding conflict may be true for other battle royale games, but there, you’re never making that decision wholeheartedly. You always have this feeling that this supply bin or that small shack could have the one last item you need to be all set.

What if someone spams grenades into your hidey-hole, do you have enough healing items to tank damage? What if you’re caught in the open come next circle, do you have a long-range weapon to keep snipers at bay? These questions and many like them are constant in other battle royale games, but they are notably nonexistent in Warzone. I don’t care about having enough health to tank damage in Warzone. I already heal up in cover, and I can easily stack my reserve armour plates to the max. I also don’t really worry about any particular threat because my carefully crafted loadout is designed to deal with all of them.

This isn’t to say that players are untouchable in Call of Duty: Warzone, but they’re no less vulnerable than they are in TDM or Modern Warfare’s Ground War. You could argue that when every player has access to the most optimal path to success, it becomes a game of skill, but that’s not entirely true. The ever-changing safe zone forces movement as it does in other battle royale games, so it becomes a game of patience rather than skill. Warzone, more than any other battle royale game, consistently has the highest number of survivors per circle because death isn’t the end. Skill rarely wins over luck, and no one can escape getting sandwiched between two teams.

In fact, thanks to a particular type of Contract you can do in-match, you get to learn future safe zone locations ahead of time, just another tool in your already stacked arsenal. With no incentive to explore, no allure of loot or healing items, why make any move at all in mid-game?

Even stepping away from the game balance argument for a moment; what would battle royale have to offer at that point that Ground War or any of the other game modes don’t – beyond its scale?

Some argue that loadout drops and all the other useful items you can buy are not expensive right now, so their prices need to be increased. This is not a bad idea, but it doesn’t really solve the problem. Upping prices has the potential to limit access to these items, but not cut it off. You’ll end up with a game of haves and have-nots, and crafty players will still find somewhere quiet to finish a few contracts and get enough cash to be set for the rest of the game, where others may not always get this chance.

The best way to keep Call of Duty: Warzone interesting long-term is to make loadout drops rare, make them coveted. Perhaps you only get your loadout from random airdrops, or perhaps you can only bring in one weapon per drop. Maybe even Infinity Ward could curate the list of accessible loadouts to begin with. But for this to work, looting also needs to be made relevant beyond the first five minutes of a match. For a game with as many weapons and countless combinations of attachments and such, floor loot in Warzone is remarkably thin.

I imagine weapon attachments are never going to be a thing here, so why not dot the different blueprints already in the game around the map so we’re not running into the same three SCARs and MP7s? This is already slowly happening, but no one has any reason to care when they can spawn their best loadout at the push of a button.

Call of Duty: Warzone already lessens some of the more frustrating aspects of battle royale with the Gulag, teammate buy-backs, regenerating health, simplified armour mechanics, and the lack of an inventory. It’s already attacking major points of contention, it doesn’t need to also take away one of the most enjoyable parts of battle royale.

Random, relevant loot is what drives players to take action, because there’s always a chance the next fight or next building could have what you need. It’s also what creates unforgettable runs that begin with you running away with barely any HP and a nearly-empty pistol, but end with you in the top five because you took the time to build up your arsenal and lucked into some rare loot. I can’t get this experience in Warzone when the answer is always: make this much money and sit by a window somewhere.