Animal Crossing veterans will know Wisp well – and the cheeky spirit is back again in New Horizons with a throwback sidequest for the player.

In Animal Crossing: New Horizons, Wisp returns once again – and is actually available at a more reasonable hour of the day than typically in the series’ past. The Wisp is a spirit who looks a little like a friendlier version of the Boo ghosts from the Mario series, floating around with a glowing, blue-hued spectral form.

The New Horizons version of Wisp will offer the player some neat rewards – but only if you complete a special task for him.

Animal Crossing New Horizons Wisp sidequest: how to encounter Wisp and complete his request for a reward

Wisp previously appeared in Animal Crossing, City Folk and New Leaf – though his appearance and functionality in New Horizons most closely resembles his nature in Animal Crossing on the GameCube. Specifically, in that game Wisp appeared between midnight and 4AM daily, and if encountered he’d then task the player with capturing 5 spirits roaming the town. In Animal Crossing, he’d only appear if there was a certain number of weeds around your town, so being untidy helped. 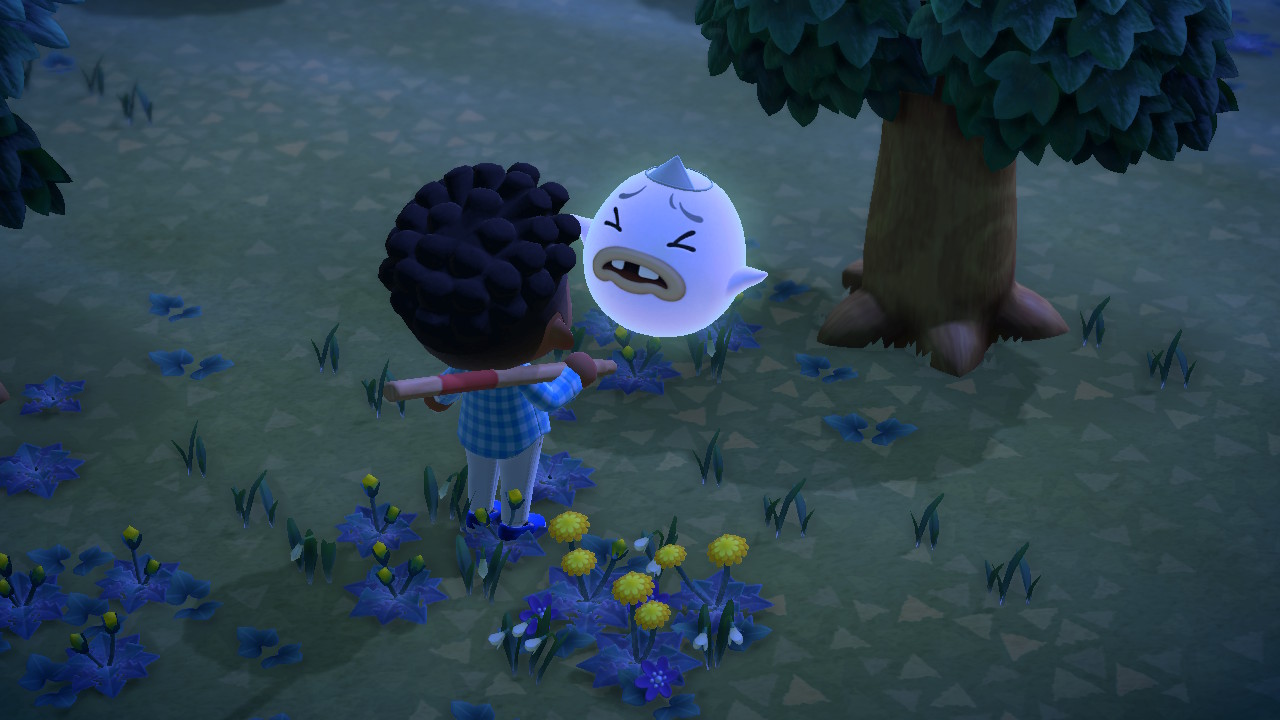 Most of this aspect of Wisp is irrelevant in New Horizons, but the quest is the same. Wisp appears earlier – we’ve seen Wisp hovering about our islands as early as 10pm – but when you run up and speak to him, he’ll get startled, scattering some of his life energy – Spirit Pieces – across your deserted island paradise. He asks you to return them, just like in Animal Crossing.

As far as we can tell Wisp’s appearance is relatively random but also not exactly rare – in our first two weeks with New Horizons, we saw him multiple times. It doesn’t appear the weeds aspect from the GameCube is a factor here either – the appearance of Wisp appears to be entirely random. 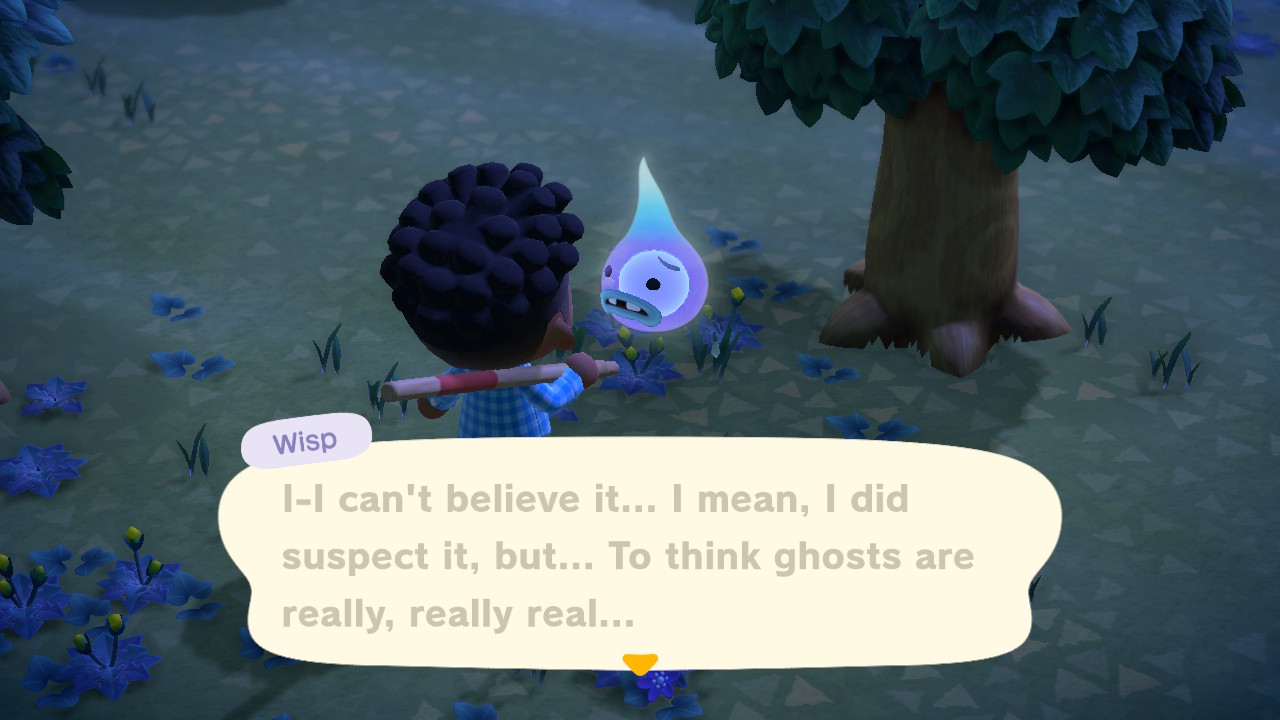 Once you talk to and startle Wisp, his five spirit pieces will go flying, scattered around the island. You’ll have to find them and catch them – to do this you’ll have to craft a net, which will require sticks and possibly some iron nuggets.

The 5 spirit pieces appear to be clever enough that they won’t go to areas of the island you can’t access yet – so if you’ve not yet progressed the island and unlocked buildings to the point where you get the ladder crafting recipe, they won’t be up the high ledges you can’t yet climb.

Getting the spirit pieces is simple enough, anyway. Once you’ve nabbed them, return to Wisp. Wisp will offer you a reward: either something expensive, or something that you definitely don’t have yet. This’ll be an item – a piece of furniture or the like – that you can use in your home or to decorate your island. If you’re all about decorating you’ll probably want to ask for something new – but if you’re just selling to earn lots of money quickly, go expensive, obviously.