Here he is, the big boy – the first real boss in Nioh 2: the Mezuki. 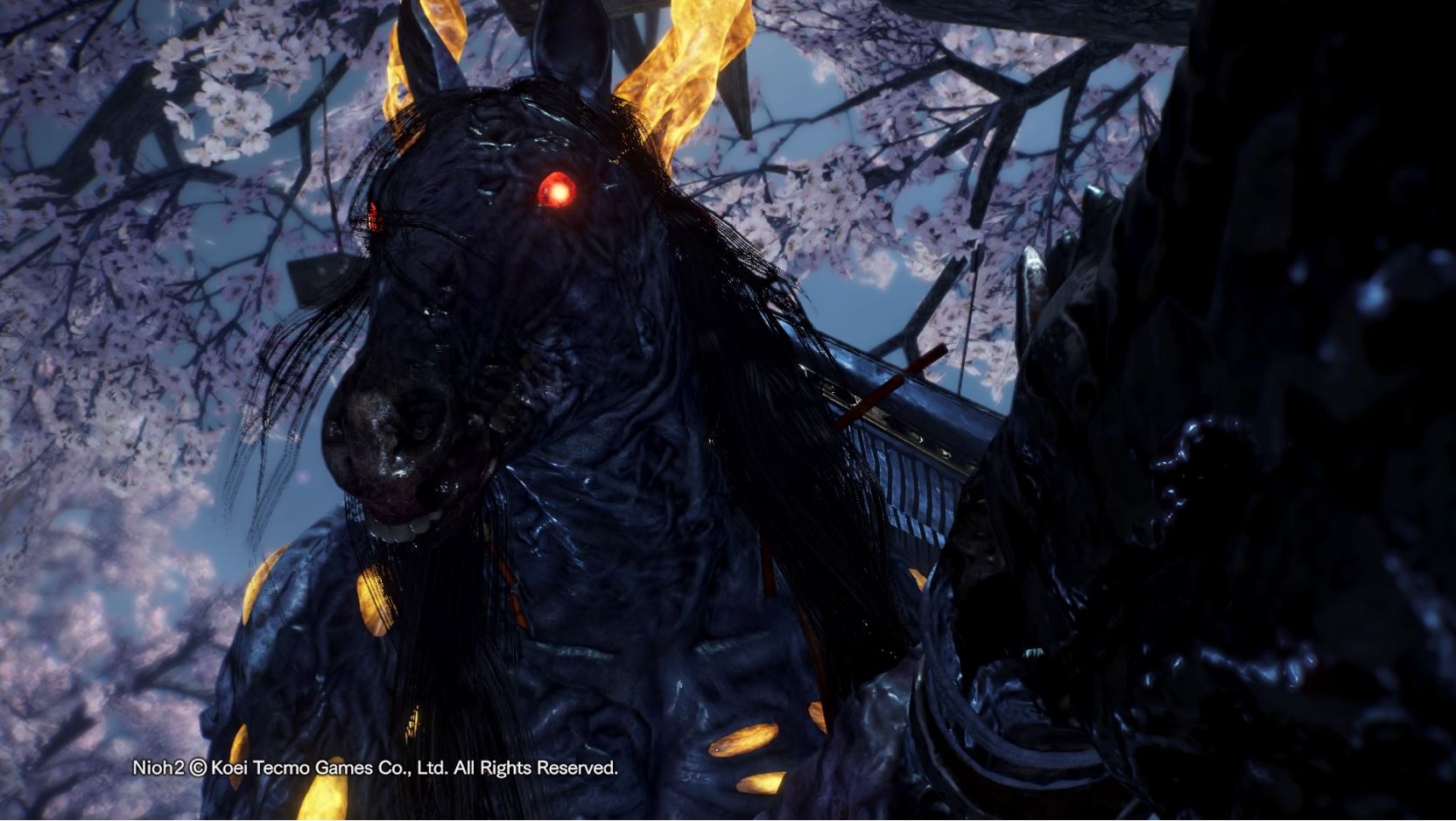 Like the Enki earlier in the level, this boss forces you manage your stamina efficiently because you need to block, dodge, and reposition yourself at a moments notice depending on the attack.

The brave-of-heart can dash in to score a few chips of damage, but your main openings come from Burst Counters.

Nioh 2 – How to beat the Mezuki

The video below is from my first blind run of Nioh 2, so it’s not perfect, but shows you general strategy of the fight. I take my frustration out on a poor Gaki, then derp a lot at the start.

The Mezuki has two basic attacks you need to watch out for: long sweeps with its sword, and shooting dark homing faces.

You can either stand well, well back from the sweeps, or block them with your primary weapon. Due to the monster’s size, you might think you wouldn’t be able to tank the hits with a block – but you really can.

For the faces, I’ve had the most success sprinting (hold down dash) away from them in a circle at the edge of the arena. They’ll splash impotently into the floor as they chase you.

After these basic combos, the Mezuki does quite a lot of limp flailing around where you can dash in for a hit or two, but this is risky. If you stay in close for too long, it will pull out an unblockable grab attack which most likely kills you in one hit.

When the Mezuki smacks the ground, that means it’s sending homing shockwaves your way. You can either side-step these, or block them with your primary.

He has two Burst Counter attacks. The first is an overhead slash with his sword, the second is a charging head rush.

The timing of both is a little cheeky. There’s an ever so slight delay between the red flash and the Mezuki actually starting the attack. Don’t dash or block too early if you’re using Feral or Phantom Yokai Shift.

For the slash, the range of the attack comes as an advantage for you, since you can dash into it from a fair distance away. While the charge rush you just have to meet head on.

After you’ve exhausted the Mezuki’s stamina, he pull you into the Yokai Realm for a real scrap. Here your stamina regeneration is slowed significantly, so you will need to be on your best Ki Pulse game. He summons many, many Dark Realm puddles, so keep purifying them or the battle arena will get bogged down.

Seriously, you really have to deal with those Yokai puddles, or you’ll get so, so close to beating him, get caught out of stamina, then be royally and utterly screwed with nothing to show for your efforts. This definitely did not happen to me. Maybe.

In the Yokai Realm, the strategy is basically the same. Stay on the edge of his melee combos, chip where you can and interrupt the Burst Counters.

A general tip for most of Nioh 2’s bosses is to not forget about your Yokai Shift. They’re generally quite good for spamming down the last quarter or so of a boss’s health bar. If you need that last push over the line as you enter the later stages of a fight – when the bosses are usually at their most dangerous – transform for the win.

For more on Nioh 2, here are our pages on the best weapons and best skills we’ve seen so far!

We also have a page on Soul Cores and Guardian Spirits, here.