The title comes from Game Devs For Bernie, who put it together in a couple of weeks in a bid to get people out and voting in the US elections.

we just released Super Bernie World, a free retro platformer to support Bernie Sanders candidacy! play it now in your browser on itch or get the windows download on steam

counting on y'all to spread the word, please RT! pic.twitter.com/1OvMLOiDFa

“Run and jump your way across 11 states and the District of Columbia as Bernie and free the USA from the clutches of four Republicans in their castle lairs,” reads the Steam description.

“Find power ups like Vermont cheddar cheese, red roses, and the power of ‘Not Me. Us’ to overcome obstacles such as walking red hats, Mitch troopas, and tiki torch throwers.” 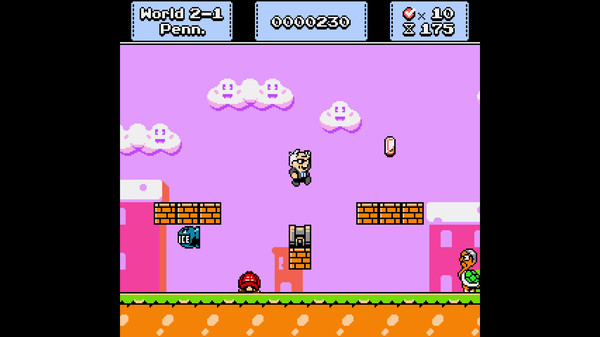 At the time of writing, the free game has no concurrent players, but it has “very positive” user review rating, with around 111 reviews. At least until the inevitable review bombs from raging Republicans.

Sanders has also come out in the past in favour of unionisation within the video game industry.