Evolution is a staple of the Pokemon series, but it works a little differently in Pokemon Mystery Dungeon DX on Nintendo Switch…

The Pokemon Mystery Dungeon spin-off series is quite different to the main Pokemon games in that rather than playing as a Pokemon trainer, you’re instead actually cast as a Pokemon – and that significantly changes how the game approaches the concept of evolution. This has been the case with the sub-series right back to its Game Boy roots, but things are complicated even more in Pokemon Mystery Dungeon Rescue Team DX on Nintendo Switch – as this remake changes things up from the original release.

To avoid any confusion, we thought we’d gather together all of the information you need to know on Pokemon Evolution in this specific Nintendo Switch iteration of the franchise – so you can go in nicely informed. So here it all is. Simple. 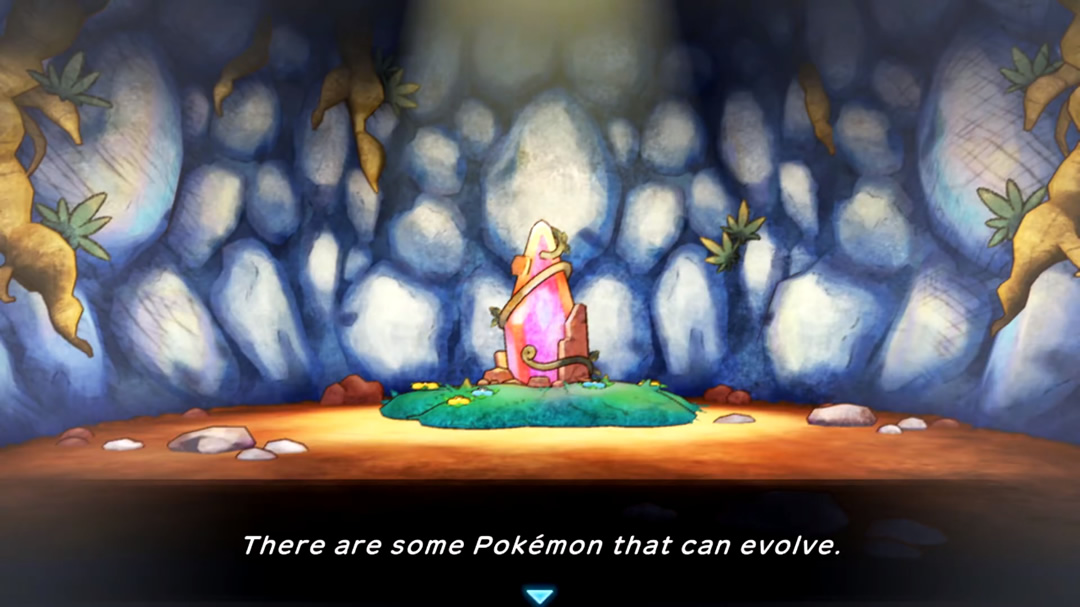 How to unlock Evolution in Pokemon Mystery Dungeon DX

Here’s the rub: you won’t actually be able to evolve your Pokemon until after you complete the main story of the game. This means you’ll fight the ‘final’ boss with your same old starter and partner Pokemon that you started the game with, you’ll see the credits roll… and then you’ll be able to evolve. While you will encounter and can even recruit evolved Pokemon during the story, you won’t be able to trigger an evolution yourself.

Now, that might sound crazy, but it’s actually not. Part of the draw of the dungeon-crawling Mystery Dungeon games is that they have a significant post-game section full of challenging content for players to take on – and that’s when Pokemon Evolution really makes more sense, as you’ll want to evolve to be powerful enough to take on those challenges.

Once the main story is completed, the next time you visit Pokemon Square there’ll be a cutscene where it’s revealed that one of your Pokemon friends accidentally evolved after visiting a specific location. This is a clue – and then you can copy them to evolve yourself…

How to Evolve your Pokemon

What you’ll learn as soon as you visit Pokemon Square in the postgame is that the Luminous Cave is a location associated with Pokemon evolution. The cave can be found at Whiscash’s Pond – and when you send a Pokemon inside, if certain requirements are met, that Pokemon will evolve. You can only send one Pokemon into the cave at a time, so therefore you can only evolve Pokemon one at a time.

Keep in mind that if you evolve your starter Pokemon, you’ll lose your unique Rescue Team Scarf. You’ve been warned.

In order to evolve a Pokemon, there are typically two key requirements – and this is massively streamlined from the original version of the game, which required all sorts of evolutionary stones depending on the situation. Here’s the basic requirements:

Eevee can evolve into Vaporeon, Jolteon, Flareon, Espeon, Umbreon, Leafeon, Glaceon and Sylveon – the entire Eevee Evolution family! The good news is unlike other games, like Pokemon Go’s mind-bogglingly random Eevee Evolution, in this game it’s nice and simple: when you evolve an Eevee, you can choose which of its typed evolutions you’d like to get. Nice. It’ll cost you two Evolution Crystals to evolve Eevee.

Wurmple, meanwhile, can evolve into either Silcoon or Cascoon, and each has a unique evolution beyond that – the Silcoon line becomes Beautifly, while the Cascoon line becomes Dustox. This evolution is entirely random – when you evolve Wurmple, you’ll get one of the two – so pray to the RNG gods you get the one you want.