With over a month to go before the highly-anticipated Final Fantasy 7 remake launches in full, it appears speedrunners have already started to test their luck with the FF7 remake demo.

A variety of speedrunners are already posting their attempts to clear the FF7 remake demo as quickly as possible on YouTube. One recent attempt comes from a small YouTuber named Lazura, which you can watch below.

Naturally, some speedrunning veterans have already devised ways to clear the demo in an outlandishly short amount of time. The current world record holder, inugakushin, recently posted a 15:19 run over on Twitch, which you can check out here. It’s an Any% run, which means you can ignore certain parts of the demo that aren’t strictly necessary to progress – the only requirement here is to complete it in one way or another, so long as you do it fast.

This sort of enthusiasm is to be expected – ever since the FF7 demo launched on PS4, a massive resurgence in excitement for Square Enix’s long-awaited remake has been in full swing. So much so that we have written absolutely loads about it. For example, remember Red XIII? Well Red XIII isn’t playable in the FF7 remake, although he will appear as a guest character.

Also, if you’re as excited to see Sephiroth as we are, or if you’re excited to meet the iconic baddie for the first time, it’s definitely worth your while to check out what made Sephiroth such a good villain in the first place. Or, if you’re not a Sephiroth fan, you can read about why Final Fantasy 14’s Emet Selch is a better bad guy anyway. 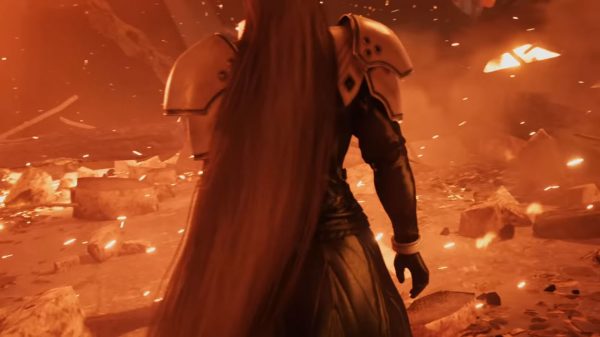