Looks like Switch users are getting a port of  Saints Row 4: Re-Elected, if multiple listings are accurate.

Amazon now has Saints Row 4: Re-Elected listed on its site and it is up for pre-order. As with the other retailers, it too lists the game for a March 27 release. An official announcement will likely be soon, considering.

The original story follows. Thanks, Nintendo Everything. 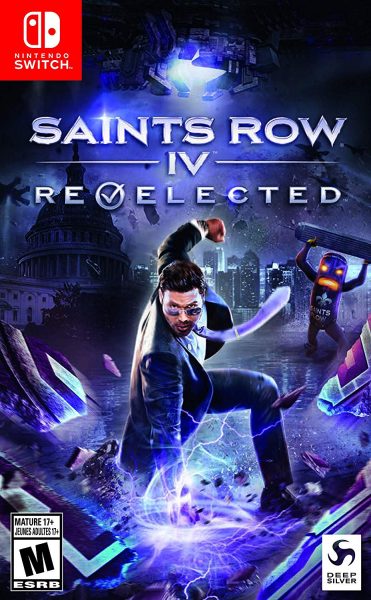 A French distributor and retailer both had Saints Row 4: Re-Elected listed as coming to Switch earlier this week.

As of press time, both entries have been deleted, but not before GameXplain was able to report on the listings (thanks, Nintendo Everything).

Each entry stated the game was coming to Switch on March 27. With the date so close, we looked around to see if we could find a PEGI rating, and sure enough, it was listed next to the PS4 version – which was released in 2015.

If the game is indeed coming to Switch, with March just around the corner, it’s likely THQ Nordic will make the announcement soon.

Until then, don’t get too excited as both ratings and retail listings can sometimes be posted in error.

If you have never played Re-Elected, it contains the base Saints Row 4 game and all DLC and expansions.

Saints Row: The Third was ported to the console in 2019, and a new game in the franchise is currently in the works.