The Wastelanders update for Fallout 76 will be released on April 7, the same day the game arrives on Steam.

The large, free update for Fallout 76 was originally slated for a fall release last year.

You will be able to enjoy the Wastelanders expansion starting April 7 on Xbox One, PlayStation 4 and PC through Bethesda.net. The game will also arrive on Steam the same day, and Wastelanders will be available to anyone who purchases the standard or deluxe editions of the game.

In addition to introducing fully voiced NPCs to the world of Fallout 76, the update includes a new storyline,  locations, enemies, new weapons, a new reputation system and more.

Alongside the free update, Bethesda is offering two Faction-themed content bundles, as well as a combination bundle. This purchasable content comes with exclusive cosmetic and C.A.M.P. items.

The following bundles will be available for purchase by Fallout 76 owners:

Both editions will also be available for purchase on Steam. If you already have Fallout 76 on Bethesda.net, you will not be able to transfer your Atoms or Fallout 1st membership balance between Bethesda.net and Steam, because Atoms earned are specific to one or the other platform.

However, items you have purchased through the Atomic Shop will be shared across both PC platforms. 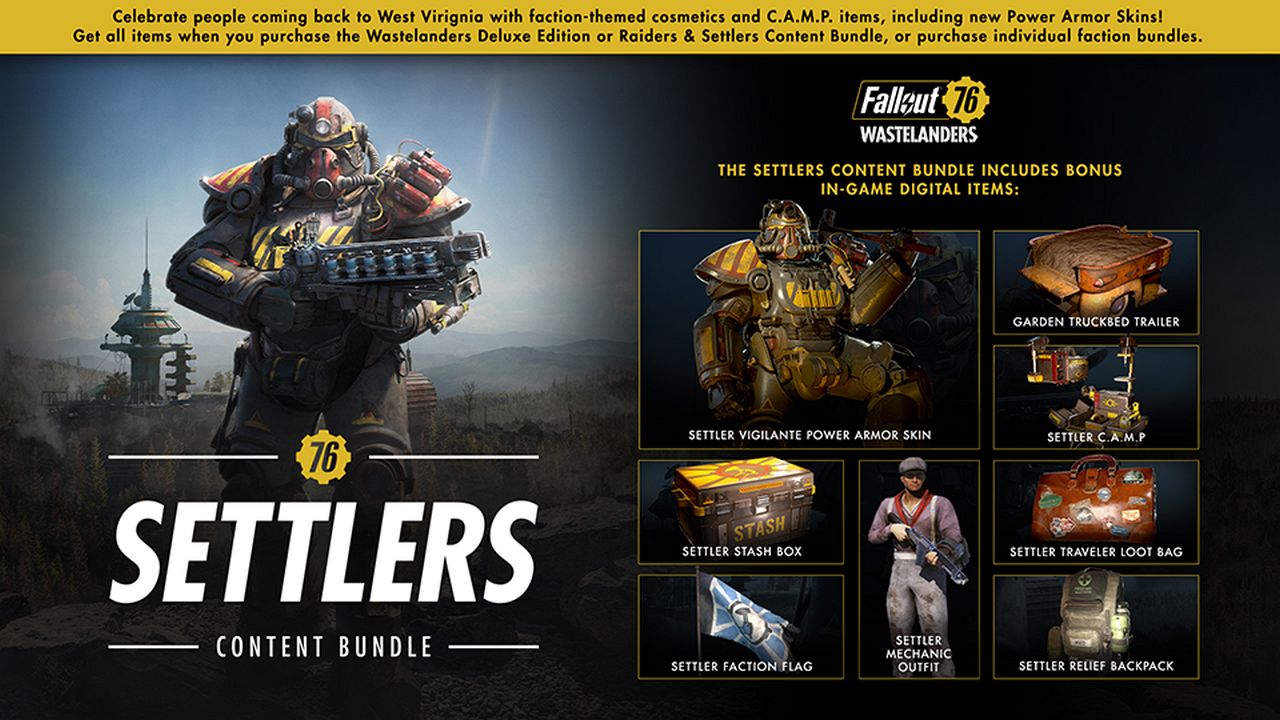 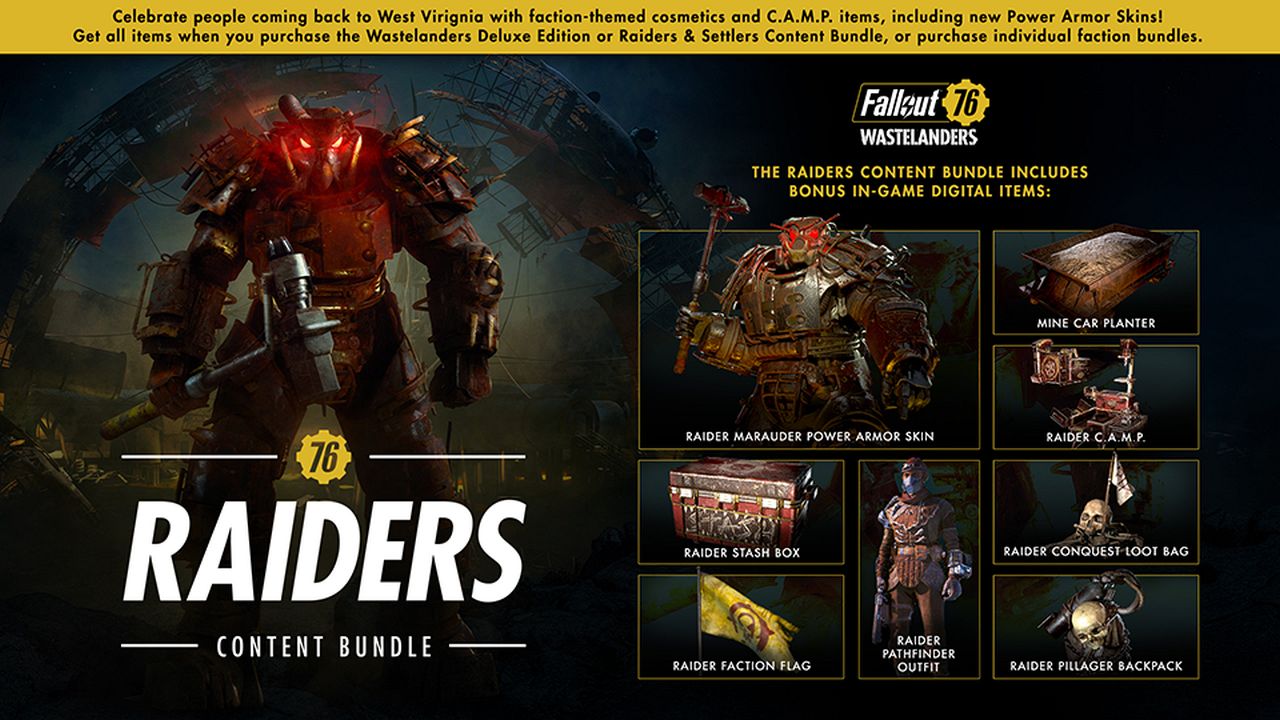