The Nintendo Switch Pro Controller is a lovely bit of kit but it’s also frighteningly expensive for what it is. Why not, then, save yourself a few bucks and go for something a little more stylish with these special edition Animal Crossing Nintendo Switch controllers?

Power A is releasing the pair to coincide with the launch of Animal Crossing: New Horizons on 10th March. Sporting the game’s familiar pastel colour palette, you can choose between one with K.K. Slider or Timmy & Tommy Nook adorned on the side.

In terms of specs, both are wireless through a Bluetooth connection but do not include a rechargeable battery. Instead, you’ll need a couple of AA batteries to keep them running, though they should support up to 30 hours of play.

These are officially licensed by Nintendo, too, so not cheap knockoffs. Power A’s other standard controllers have reviewed reasonably well in the past as well, so it’s not a bad way to save a bit of money compared to the more expensive official Switch Pro Controller. 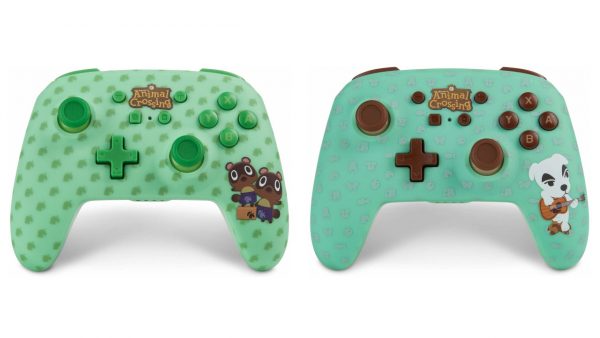 Swapping tone entirely, you might also spot that Power A is releasing a Doom Eternal Switch controller as well. I’m not sure if sticking the game’s logo on the side is particularly inspiring in terms of design – especially when there are huge opportunities to do some metal as shit stuff when it comes to Doom – but it is what it is.