Final Fantasy 7 Remake has an exciting opportunity to do something new and special with its summons.

I just couldn’t let 2019 end without doing yet another Final Fantasy 7 Remake theory-crafting article. Unlike with Final Fantasy 15, where we saw practically everything before launch, Square Enix has seemingly kept huge swathes of FF7 Remake thus far under wraps, and that leaves us able to do some rather exciting thinking, predicting, and dreaming about what its developers might have cooked up.

Probably one of the most interesting things about FF7 Remake is the inclusion of summon monsters. These beasts were in the original game, of course, but in the original these god-like beings weren’t introduced until the Chocobo Farm, a stop in the story that takes place well after you leave Midgar – and Square Enix has already confirmed that FF7 Remake will be a multi-release endeavor, with the first game that’s out in March “set in the eclectic city of Midgar”. Or to put it another way, the story as told in 1997 will be split into multiple game releases.

Summons are, of course, a big deal. They’re series staples, and in the worlds of each FF game they are often the be-all, end-all, the final and ultimate powers.

Most of the major questions about FF7 Remake are about the ways it’ll differ from the original, but the existence of summons in this game actually marks a specifically major departure, at least in a narrative sense. FF7 deliberately holds back summons until you leave Midgar – a trapping of more traditional Japanese RPGs, they don’t appear until you’re thrown out into a wider world with a single, world-ending baddie to track down and defeat.

One has to imagine that all of this was a deliberate move on the part of the developers of the original game. The early hours of FF7 are a major shift from all that came before – a more modern world which makes more realistic villains of company CEOs and secret agents. Sure enough, there’s also the slightly mad monster design of sentient houses and truly fantastical creatures, but none of these imprint upon the game’s underdog-against-the-man narrative throughout the Midgar section of the game.

Then you leave Midgar, and things change. The town of Kalm is intentionally the archetypal JRPG town. After unique retro-futuristic streets and downtrodden slums above and below Midgar’s plate, Kalm could’ve fallen out of any of the previous six FF titles. Soon after, the game becomes more outlandish across the board. Relatively restrained magic gives way to advanced techniques – including the ability to summon a god to your side. 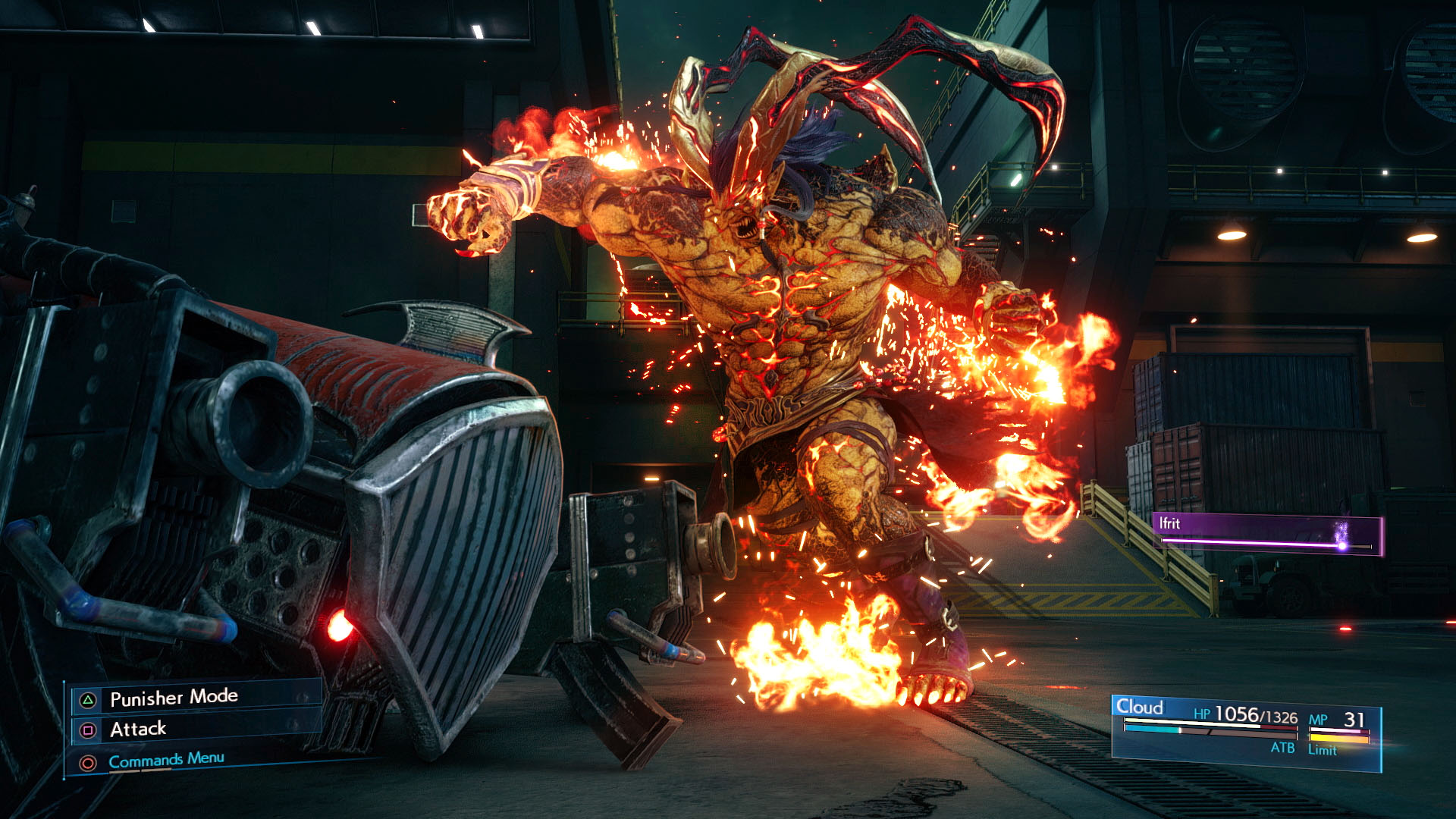 On paper, having the power to summon the likes of Ifrit and Shiva doesn’t necessarily vibe with the scope of the Midgar section of FF7. Why bother with bombs that Jessie cobbled together from scraps and internet tutorials (“All I really did was make it like the computer told me,” Jessie says) when you could just summon fire god Ifrit and have it wreck sections of ShinRa’s operation? These summons made more sense after the story stakes are raised to you taking on something of a god in Sephiroth and Jenova – but in the scope of the first FF7 Remake release, that’s not the case.

It’s worth noting that FF7 isn’t the only title in the series to treat summons in this way. FF9, FF12, FF13 and FF15 all hold the first acquisition of summons back for key moments some way into the story, while in FF8 and FF10 they are of course an integral cogs in the machinery of the plot.

But what can the developers do? You can’t really, in good faith, make a Final Fantasy game without summons any more. It’s an expected series staple. If you have summons, you’d probably better at least have Ifrit, Shiva, Ramuh, Leviathan and Bahamut, the most iconic quintet. As such, they’ve moved. Ifrit was previously obtainable on board the cargo ship after battling a major boss, while Shiva is obtained in Junon. Since those bits won’t make the cut for this first game based on Square Enix’s definition of the game’s scope, both will now pop up in Midgar. They presumably won’t be alone.

I find this really interesting, and thus I’ve been thinking about and have written about it, because it really shifts some of the context of the Midgar chapter of FF7. In theory the later parts of this chapter of the story are morphed. A desperate, against-all-odds assault on ShinRa HQ might feel a lot less desperate if you’ve a few hugely powerful beasts to hand. What’s exciting is considering how the game might address this – and hopefully it does.

For a start, in-universe FF7’s summons were never given a backstory – they’re just mysterious magic birthed from Materia and therefore the Lifestream – but their huge power and flashy nature on the battlefield can’t be denied, and it definitely shifts the tone. That lack of a backstory means there is now room for fresh interpretation in the remake, something which could justify or limit the effects of summon materia to preserve the balance of power in Midgar.

FF7 also has something unique in its presentation of these gods and beasts – they are just from summon materia. They’re not bequeathed to the worthy by fate, blood or the gods as in so many other titles – they come from an item that anybody can use. Therein, I think, is one potential answer with some really cool implications. 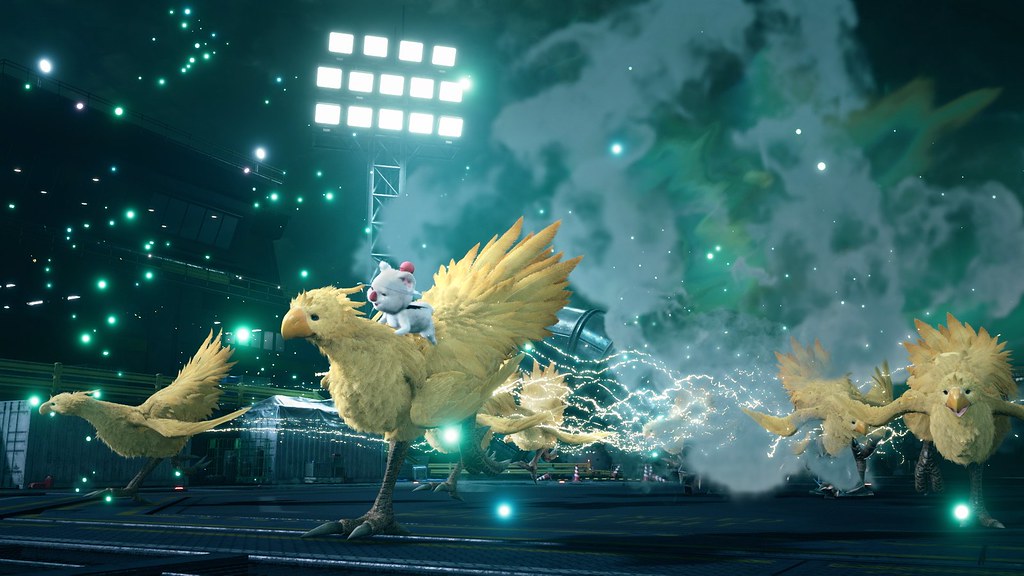 This article is about speculating and theory-crafting, so here’s my solution to the balance of giving the AVALANCHE crew access to all-powerful summons from early on: summons should be more common across the board, meaning those fighting back against you in Midgar would also have access to them, leveling the playing field. As members of ShinRa’s elite assassin organization, surely Reno and Rude would have been issued with summon materia, just as in the original they were with magic? As the son of the President, would Rufus not have access to basically anything he wants?

This is an exciting thought experiment for fans, too – what summon creatures would you give to iconic NPCs? Rude, a hard muscle-bound dude, would obviously have Titan. Mad scientist Hojo could have Anima, the Frankenstein’s monster style beast first introduced in FF10. In the original, Rufus has a pet dog, Dark Nation, a basic recolour of an existing enemy. Why not give him Cerberus, the three-headed hound, then have your boss encounter also be a summon showdown? This would also be a great way to add some extra creatures not in the original game to the remake.

Obviously this is just an idea, and one of probably many viable ones – I’d love to read more in the comments. But this also puts its finger on one of the most exciting things about FF7 Remake – by necessity, and perhaps in contrast to the awesome Resident Evil 2 and 3 Remakes, it is going to have to change a lot and be very different. As a fan, it’s going to be especially exciting to see exactly what those differences and changes are.