The complete LVxLoL collection, which can be viewed on the Louis Vuitton website, is made up of 47 items. And unsurprisingly it comes with a hefty price tag.

The collection includes a silver Leather Biker Jacket is available for $5,650, an $1,890 bumbag emblazoned with the Louis Vuitton logo, and ranging a black t-shirt featuring League of Legends champ Qiyana on front and back for $670. Looking for a League of Legends bag charm? That, too, will set you back $515.

Overall the actual visual connection to League of Legends is pretty subtle for most of the items. While only a few include images of champions on them, many of the items feature a blue and silvery-white stripe design that are seemingly inspired by the similarly-coloured Qiyana skin design by Louis Vuittons artistic director of women’s collections Nicolas Ghesquiere. The Louis Vuitton connection, on the other hand, is much more obvious – all of the items feature the classic LV monogram design throughout. 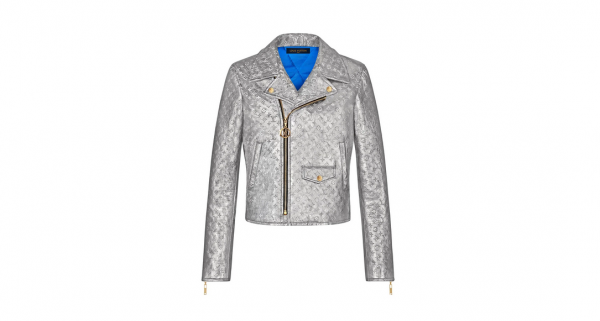 The historic French fashion house partnered with Riot Games earlier this year to develop real-world and in-game designs for League of Legends, as well as a “one-of-a-kind Trophy Travel Case” for the Summoner’s Cup awarded to the winner of the tournament. A Prestige Edition for League of Legends’ True Damage Senna skin will also have a Louis Vuitton design, with plans to release sometime next year.