It’s the lowest price the massive open-world western has been on console since it launched back in October 2018. It’s unclear quite how long it’s going to remain this cheap for, though, so if you’ve been thinking about saddling up this Christmas then you might want to pick up a copy quick. You can also pay an extra £3 to get the exclusive steelbook edition instead. 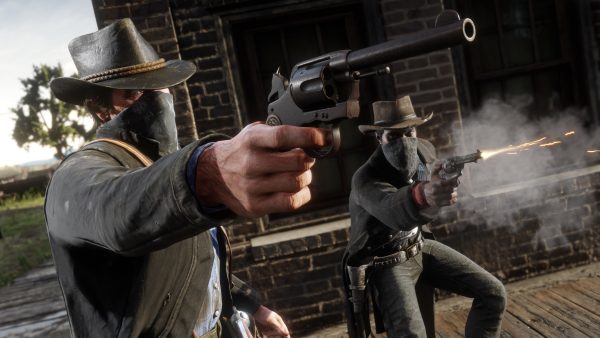 Once you’ve got yourself a copy, be sure to head over to our Red Dead Redemption 2 guide so you’re fully prepared for your first steps onto the frontier.

Or, if you’re a PC player, you can finally pick up Red Dead Redemption 2 on Steam. It has been exactly one month since the PC version launched exclusively on the Rockstar Games Launcher and Epic Games Store.

That’s not on the cheap game deal going around right now, too. Elsewhere, you can find quirky Obsidian RPG The Outer Worlds for £30.99 on PS4 or Xbox One. There’s also Borderlands 3 on PS4 or Xbox One for £34.99!

Remember, you can always stick with Jelly Deals to find out about all the latest offers across games, tech and so much more. Why not take a look at our guides to the best PS4 external hard drive, where you can get the best Xbox Game Pass Ultimate deal and the best price for Red Dead Redemption 2 on PC.