Noses. They aren’t scary. In fact, noses are a joke.

Even a clown’s outfit knows the nose (try saying that fast) is our face’s own fleshy court jester. These bulbous growths are the proof that there’s no such thing as intelligent design. The only thing they have going for them is the fact they don’t point upwards, causing us to drown whenever it rains.

Outside of clowns, even Rudolph was ridiculed for having a shining snoot. His pals only let him off the hook when he navigated them through the fog with it. Not an option for most of us, I’m sure you’ll admit. Then there’s dogs – dogs have noses, and what do they do with them? Stick them straight into other dogs’ assholes. And look at the state of the fucking anteater!

Our own noses can bring us joy, but they can also bring us pain – you’ll know what I mean if you’ve been to E3. Senses are a double-edged sword. In fact, noses are so shit that our eyes just delete them. Unless you really focus, you don’t see that honkin’ flesh balloon sticking out of your face, because your brain is just like “fuck off, nose”.

Ask most people what part of their face they would change if they could afford plastic surgery and many will tell you it’s the nose – that face centrepiece, the subject of so much mockery, that wobbly landmark made of cartilage and filled with snot.

To top it off, our noses never stop growing. Well, unless you’re dead. They stop then. But while you’re alive, that snout is just gonna keep getting bigger and bigger. We all know how shite that was for Pinocchio.

Point is, noses aren’t scary. Noses are the opposite of scary, in fact. So why, oh why, did we go from this in Resident Evil 3: 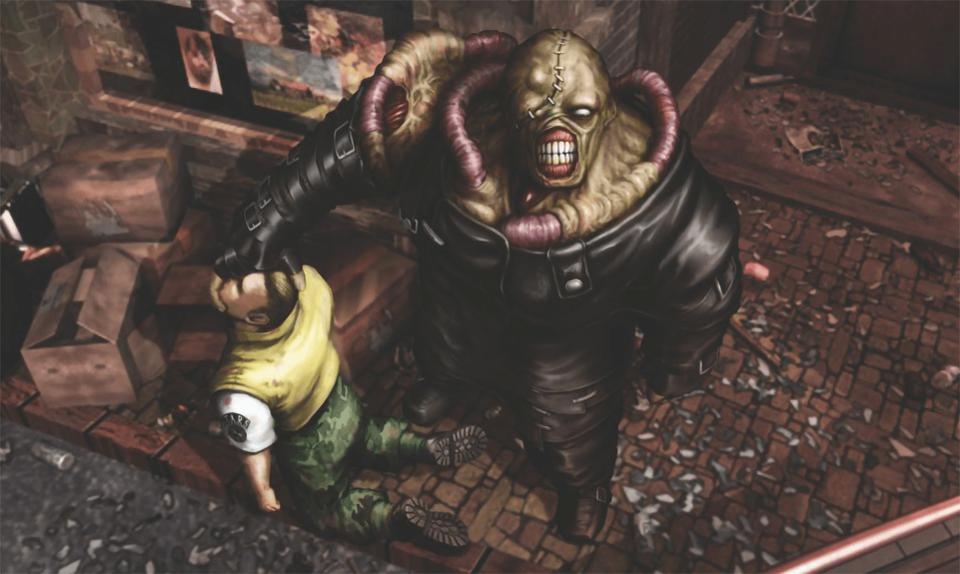 To this in freshly leaked Resident Evil 3 Remake: 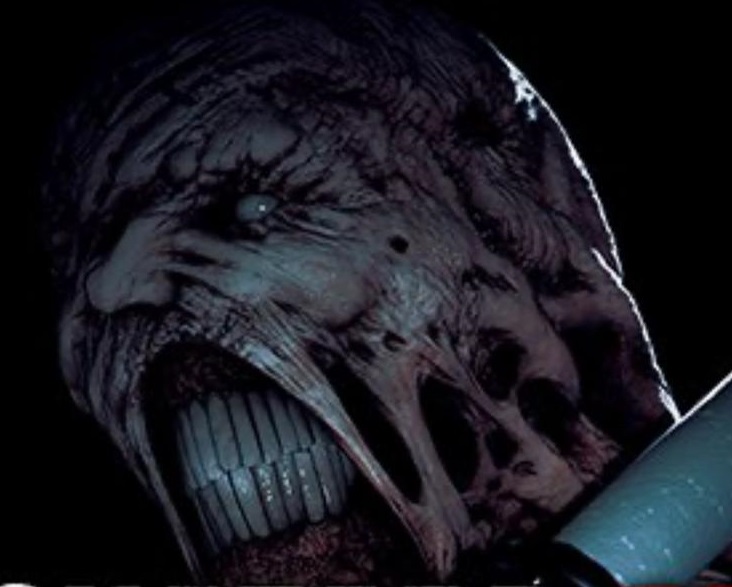 Look at that little snooter! It’s like a baby nose that’s been smashed in by Anthony Joshua. A tiny, phallic reminder that this guy was once a human, and a far more ridiculous accessory than Mr. X’s little hat in Resident Evil 2 Remake.

I’m all for Capcom making changes to bring its games into 2019 – and god knows we all need a nose for bullshit in this, the age of bullshit – but not like this. Not like this.

Anyway, I’m excited for Resident Evil 3 Remake as I’m sure you can tell.