There have been plenty of cracking deals on Xbox One X bundles over the last week, but this is the cheapest we’ve seen: a 1TB Xbox One X that comes with the entire Gears of War series (except Gears of War: Judgment, which you almost certainly forgot about) for £289 from Cool Shop.

After breathing new life into the series, Gears 5 has been deemed by many to be one of this year’s best games. If this Xbox One X just came with The Coalition’s latest you could call this a good deal. 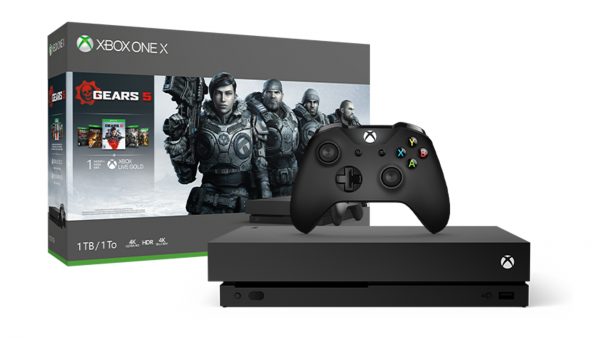 Of course, there are plenty of other Xbox One X bundles out there if Gears isn’t your bag: the Xbox One X Forza Horizon 4 Lego Speed Champions bundle for £299.99 from Amazon, and the Xbox One X with Star Wars Jedi: Fallen Order bundle for £299 from Currys PC World are just two options for the person who doesn’t love chainsawing locusts in half.

If you want to check out more Xbox-related bargains, head to our Xbox One Black Friday deals hub. And if you’re keen to grab a Nintendo or Sony console, have a nose around our Switch Black Friday hub and our PS4 Black Friday hub.