Though the 500GB – 1TB of space that the drives that come with our home consoles are nice, all too often they’re just not enough for the hundreds and hundreds of games now available to hungry gamers on Xbox One and PlayStation 4. This is doubly the case if you’ve got one of the disc-less “All Digital” consoles that have popped up from this year.

So if you’re looking for an external hard drive for your console of choice – we’ve got good news, as Amazon UK is offering discounts for Black Friday and Cyber Monday on a number of external hard drives, including both the officially licensed Xbox Game Drive and the Game Drive for PS4, both by Seagate. Offering up a meaty 4TB of space at USB 3.0 speeds, it’s sure to have enough for as many games, screenshots, saves and all the DLC you could reasonably need. Even better, the Xbox Game Drive comes with 2 months of free Xbox Game Pass, giving you a huge library to immediately start filling it up with.  If you’re willing to sacrifice 2TB, you can also get hold of the slightly smaller model for PS4 for a 24% discount too. 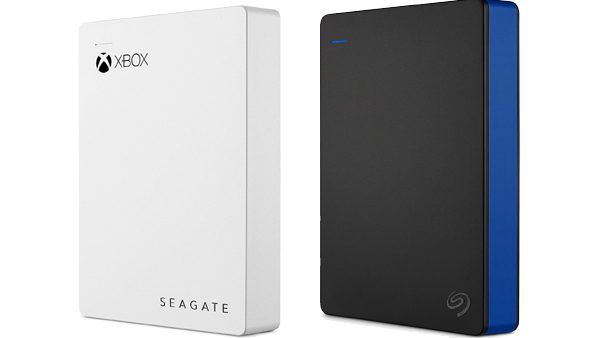 In the USA? Amazon US have you covered with their Black Friday discounts with a similar deal on the 2TB Seagate model with 2 months of Xbox Game Pass. Though they’re out of the equivalent PS4 Game Drive, they do have an equally excellent offering from Western Digital, with their new 4TB WD_Black External Game Drive down to just shy of $100.