December’s Games with Gold have been announced by Microsoft

Tis’ the season to be jolly – mostly because we now know what free Xbox games we’ll be playing over Christmas. 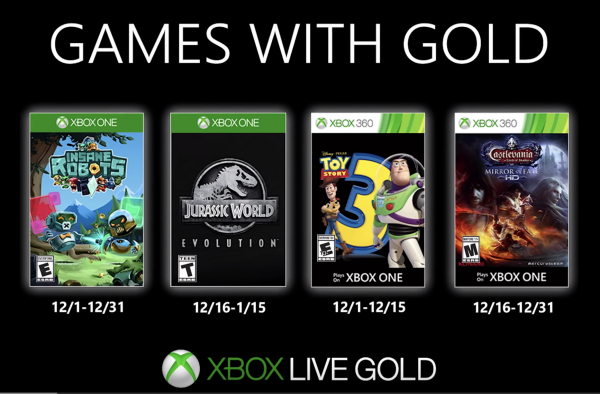 Xbox One players get the card battling game Insane Robots dinosaur management sim Jurassic World Evolution. Xbox 360 players – and Xbox One players, too, thanks to backwards compat – get to play around with Buzz and Woody in Toy Story 3, as well as take on vampires in Castlevania: Lords of Shadow – Mirror of Fate HD. A bloody mouthful, in more ways than one.

All games will be available exclusively for Xbox Live Gold members for a limited time as part of Games with Gold. It’s a worthwhile service if you’ve not already signed up – the free games are just the cherry on top of a very good offering.

Not the most exciting Christmas line-up, but enough to sink your teeth into over the holidays. Read the full blog here.