Want to get into console gaming on the cheap? You can’t get cheaper than the Xbox One S All-Digital Edition. If you want to get a hold of this console, Tesco is doing an amazing deal for the Xbox One S – and supplies will be limited.

The deal will go live on Friday 29th November, so you can’t grab it before Black Friday. It’s unavailable in their online store, so you’re going to have to live near a Tesco and drive on over to grab this. However, if you’re nearby, this is one deal worth waking up and heading out for!

Tesco will have an Xbox One S All-Digital Edition bundle for £109 when stores open at 5 AM on Friday. This bundle includes Minecraft and Sea of Thieves, as well as 2,000 Fortnite Bucks for those that want to delve into the free-to-play phenomenon. Remember, this version of the console is incapable of playing game discs, though, so you’ll need to acquire all your games digitally! 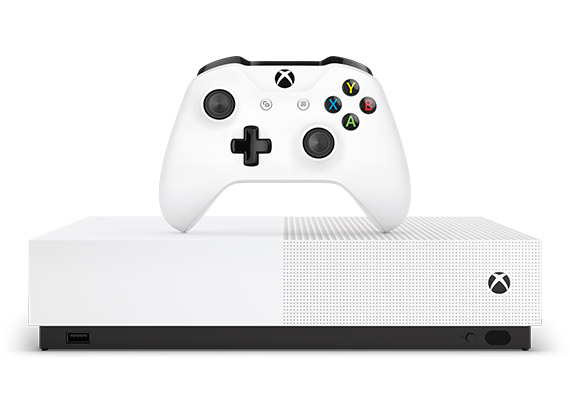 This is a great deal that some online retailers are doing their best to match. If you don’t want to pop out to a store, you’ll also be able to get the Xbox One S All-Digital Edition for £129 from the following online stores:

Argos has some great Xbox One X deals, like the Xbox One X 1TB Console Forza Horizon 4 & LEGO Speed Bundle + Fallout 4, Anthem, Metro Exodus or The Division 2 for £304.99, but in the UK there hasn’t been much in the way of Xbox One S deals.

One of the best things to grab for the Xbox One S All-Digital Edition is Game Pass, as it lets you enjoy all sorts of games without ever needing a disc drive. You can grab Xbox Game Pass Ultimate (3 Months) for £15.99 from Amazon UK.

Looking for more Xbox deals? Our Xbox One Black Friday deals hub has all the best deals for Microsoft’s console. If you’re interested in Nintendo or Sony instead, check out the Nintendo Switch Black Friday and PS4 Black Friday hubs!