Back in May, it was reported that over 176 million copies of Minecraft had been sold worldwide; a few months later Mojang claimed the game boasted 112 million monthly users. Turns out there’s money in this building lark. While clones have popped up all over the place in the last ten years, the Swedish studio’s game remains the top of the pile. And when it comes to merchandising, there’s few better.

Over the last decade you’ve seen the logo slapped on everything from wallets to lunchboxes, but I bet you haven’t dipped your toe into the ocean of blockiness yourself. Well, you’ve put it off for too long. It’s coming up to Christmas and you deserve to treat yourself with something on this list, dammit!… Or you could just pick up a few things for the kids. Whatever you think is best.

Before we jump headfirst into all the delightful things that have had a creeper’s face plastered on them, we have to remember that Minecraft is actually a video game. 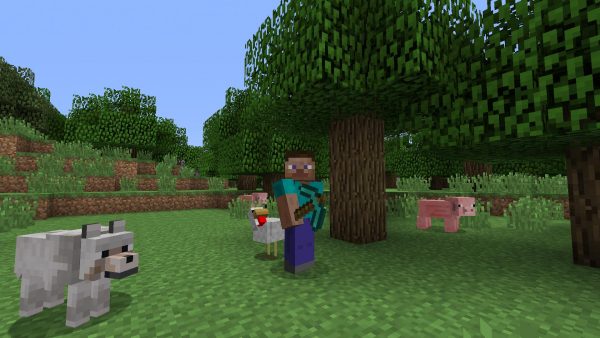 The physical edition of Minecraft has held its value over the years, but you can get a quid off the PS4 version if you grab the game from Base now for £18.85. Those who want to leap into the Xbox One version can do so if they spend £19.04 over at Amazon. Not outrageous savings, but every little helps.

Thankfully, the superb Xbox Game Pass does include Minecraft, so if you nab yourself a subscription, you can start building in no time and at no additional cost. Currently, Microsoft is running a promotion where you get three months of Game Pass Ultimate for only £1, which is about as good as you’ll find out there. Get on it.

The majority of Xbox One bundles are focussing on other games, but there are a few out there that include Mojang’s playground. At Currys PC World, you can save a tenner by grabbing a pretty decent Xbox One S All-Digital Edition that comes with an Xbox Live Gold subscription and Minecraft for £249. FIFA 20, Forza Horizon 2 and Sea of Thieves also come as part of the bundle, but if you’re reading this you’re probably not as interested in all that pirating, racing or footballing.

If you truly do only care about Minecraft, then all you’re looking for is the cheapest deals out there that includes the game. One of the best Xbox One bundles we can find at the minute is also over on Currys PC World: an Xbox One S All-Digital Edition with Minecraft, Forza Horizon 3, Sea of Thieves & 3 months of Xbox Live Gold for £209. Not too bad. 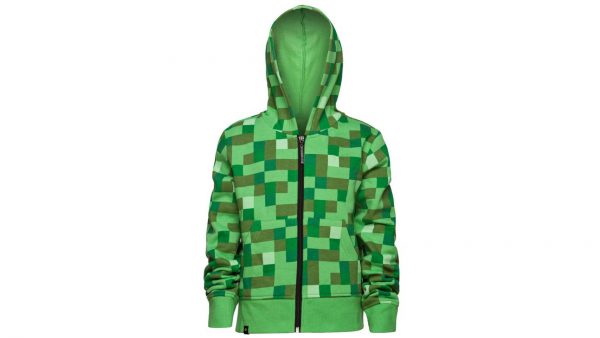 If your kid misses their blocky world when they’re not playing, you could always grab them an item of Minecraft clothing. We’ve found a Creeper zip-up hoodie that’s almost £10 off the regular asking price on Minecraft Shop that we think your child will adore.

There are options for the older fans, too. For only £3.89, you can grab a ton of different t-shirts that show off your love of all things Minecraft. There’s a nice turquoise shovel t-shirt available in all sizes for all body types. If you’re looking for something that highlights how much you’d enjoy a creeper being pounced upon by ocelots, there’s the Minecraft Pounce Premium Tee for £3.89. Handy.

Why only show off your love of Minecraft during the day? There are a couple of pyjama sets on sale, too, with the Sleep Time top and bottoms being one of the better options at £10.90. On the topic of clothes you’re not going to be wearing outside the house, the Minecraft Creeper Chaos Youth Robe is absolutely joyous. At £13.63, this fleece robe is a steal. 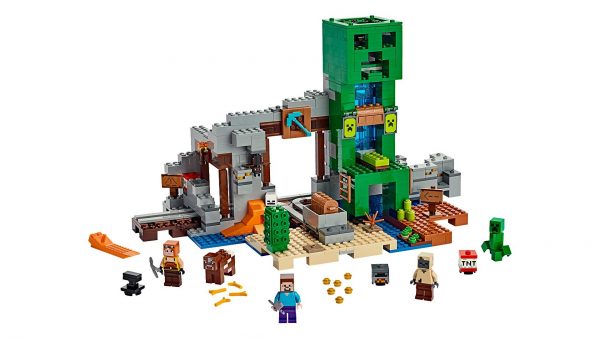 It was only right that Mojang would partner up with Lego to bring us some Minecraft Lego sets; it’s a square peg and a very square hole. There are some good deals on Minecraft Lego at the minute, but the Creeper Mine might be the very best. 25 per cent off the regular price, the set includes 834 pieces for you and yours to play with, as well as 3 minifigures.  There are great savings elsewhere when it comes to Lego, so be sure to check out what we’ve found. 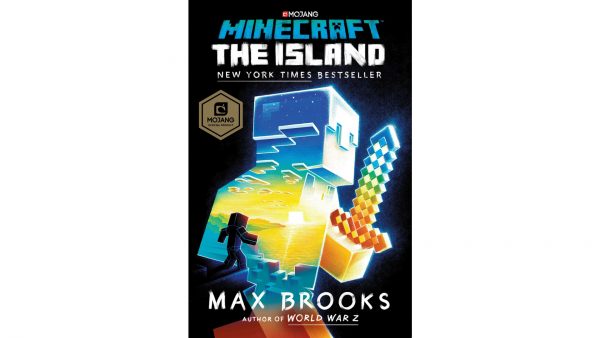 There’s loads of reading material for all you Minecraft fans. The Minecraft Annual 2020 probably isn’t Ulysses, which is why your kids would enjoy it more. It’s currently £2 off the regular price on Amazon. Down from £15 to £8 on Amazon, Minecraft: The Ultimate Adventure Collection is made up of two survival guides to help perfect your skills. Author of World War Z, Max Brooks, penned an official Minecraft novel last year called The Island and it’s over £2 off at the minute if you fancy it.